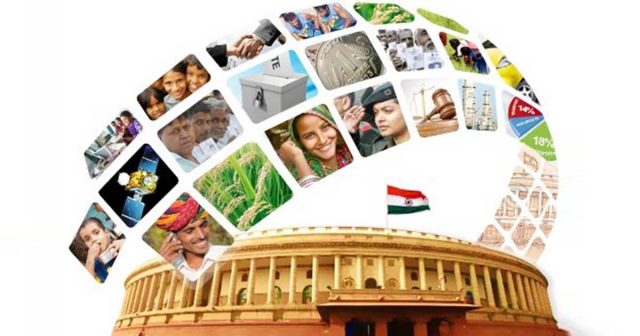 International institutions and media outlets are apparently now smelling the threat being posed by the fascist Hindu regime in India. Expectedly, India slipped 10 places to 51st position in the 2019 Democracy Index’s global ranking, according to The Economist Intelligence Unit which cited “erosion of civil liberties” in the country as the primary cause for the downtrend.

According to The Economic Times report, India’s overall score fell from 7.23 in 2018 to 6.90 in the index that provides a snapshot of the current state of democracy worldwide for 165 independent states and two territories.

In 2014 (as Modi came to office) the Economist Intelligence Unit (using 60 indicators) ranked India as one of 25 or so most democratic countries of all. Today its ranking has declined to only 51st, as a "flawed democracy". Heading towards authoritarianism?https://t.co/O4MuVBaibb

About India, the report said, the country dropped 10 places in the Democracy Index’s global ranking to 51st. The primary cause of democratic regression was the erosion of civil liberties in the country. The index is based on five categories — electoral process and pluralism; the functioning of government; political participation; political culture; and civil liberties.

India was included in the “flawed democracy” category. Meanwhile, China’s score fell to 2.26 in the 2019 index, and the country is now ranked 153rd, close to the bottom of the global rankings.  “Over the past year discrimination against minorities, especially in the north-western region of Xinjiang, has intensified. Digital surveillance of the population continued apace in 2019, representing a further constraint on individual freedoms,” the report said.

It is important to note that Indian politics is being shaped by the extremist politicians and strategists who intend to wipe out the Muslim minority from India. Dr. Moeed Pirzada, prominent political commentator and columnist, recently noted that “Ram Rath Yatra, Mandal Commission, Ram Janma Bhoni movement, Attack on Babri Mosque, Demolition of Babri Mosque, Bombay riots, Nuclear Explosions of 1997, Kargil Conflict, Attack on Indian Parliament, Mobilization against Pakistan, Gujrat Pogroms, Mumbai terrorism everything in one or the other was skilfully utilized in redefining Indian narrative and politics moving it ever closer to the realization of a Hindu Rashtra which now exists in reality though it still needs a legal and constitutional cover”.

Apoorvanand, who teaches Hindi at the University of Delhi, believes that the BJP is attempting to hegemonise the diverse India which is likely to backfire. He opines that “the BJP and the RSS are trying to hegemonise diverse, regional and cultural spaces and paint them with a broad Hindu brush. Slowly and gradually, they are trying to gain control over institutions – religious and cultural – by putting their people there”.

He further notes that “they are trying to create a Hindu umbrella, which will shelter all these diverse traditions and give people a feeling of being part of a unified whole called Hinduism. They are also eyeing the tribal traditions. This entry into their holy and cultural spaces is now conspicuous”

Saleha Anwar, a Lahore-based political analyst, opines that “India under Modi has become a battlefield between Muslims and Hindus placing the economy second in the list of priorities. This is likely to be the biggest challenge for the Indian liberal and secular voices to maintain order in a highly diverse and complex society. Treating 200 million people as minority, that too vulnerable, may adversely impact India’s current political settings. The emerging trends in India offer us sufficient amount of evidence that the rise of identity politics in India is to overshadow Modi’s dismaying economic performance. This is wrong with identitarian politics in the age populism”.

Identity politics by BJP will unfortunately help Modi to divert attention of public from his economic failures.
Also my first newspaper analysis.https://t.co/SQo6LN6qtj

Priyamvada Gopal, who teaches in the Faculty of English at Cambridge University, urged the world to think about India and play its part to deal with what is going on in the so-called largest democracy of the world. She noted that “the world must worry. What happens in India happens to nearly one-fifth of the world’s population. And particularly in the context of the global rise of authoritarian ethno-nationalism, the undermining and eventual abrogation of democracy in India will not be contained within the borders of that nation-state”.

Moreover, she lamented that “with a few exceptions, Western and other governments have been shamefully silent on the ongoing assault on democracy and constitutional rights in India. It may suit them to keep quiet but across the world, we must now form people’s alliances to resist what will almost certainly become a global assault on the very idea of democracy itself. Speak up for India, for you speak up for yourself”. 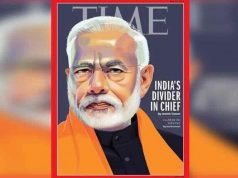 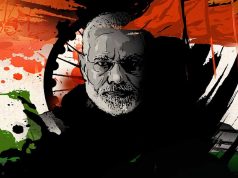 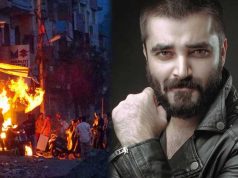 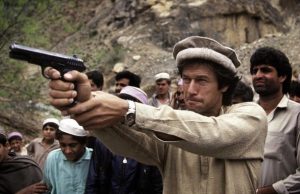 Pakistan plays its role in Afghan Peace: US agrees to withdraw troops

February 29, 2020
With the help of Pakistan, both parties have come to the agreement that the US will withdraw troops from Afghanistan. The United States and...

Pakistan plays its role in Afghan Peace: US agrees to withdraw troops

February 29, 2020
With the help of Pakistan, both parties have come to the agreement that the US will withdraw troops from Afghanistan. The United States and...