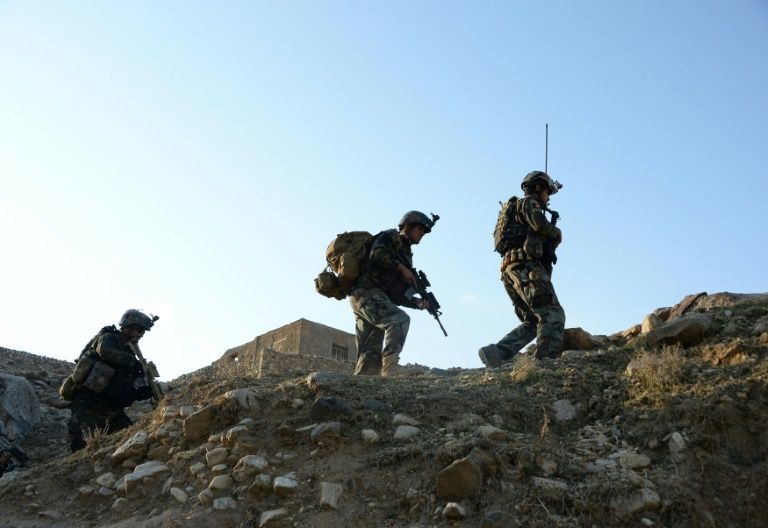 An air strike appears to have killed 12 members of an Afghan family, most of them children, the United Nations said, citing preliminary findings, as US and Afghan forces ramp up aerial bombardments against militants.

The victims, including 10 children aged six to 15 and two women, died on Sunday night when an “aerial ordnance” destroyed their house in a village in Wardak province, near Kabul, the UN Assistance Mission in Afghanistan said in a statement late Tuesday.

The findings support earlier comments from provincial council member Ahmad Jahfari, who told AFP that 12 members of a family had been killed in an air strike targeting Taliban fighters. A villager called Abdullah told AFP that two of his sisters died in the attack that he said claimed the lives of more than 12 civilians.

“Three other houses were also destroyed,” Abdullah said. “They wanted to bomb a Taliban prison about 100 metres (330 feet) from our house.”

UNAMA is also reviewing reports of civilian casualties from “a number of alleged air strikes in other parts of the country”, its statement said. That includes “credible reports” that nine members of a family were killed in an air strike on Saturday in the eastern province of Kapisa.

US Forces confirmed it had carried out an air strike in support of Afghan ground troops in Kapisa, but killed “only militants”, spokesman David Butler said earlier.  It is not clear if the air strike in Wardak was carried out by US or Afghan forces.

Afghanistan’s defence ministry is investigating both incidents, spokesman Ghafor Ahmad Jawed told AFP. US Forces said it was reviewing “relevant and credible information” relating to its operations in Wardak.

UNAMA expressed its “strong concern” at the rising number of civilian casualties from air strikes this year. Air strikes killed or wounded 353 civilians in the first half, up 52 percent from the same period in 2017. The figure accounted for roughly seven percent of total civilian casualties for the six-month period.

The findings support earlier comments from provincial council member Ahmad Jahfari, who told AFP that 12 members of a family had been killed in an air strike targeting Taliban fighters.

One of the worst incidents was in the northern province of Kunduz in April, when an Afghan air strike on an outdoor religious gathering in Dashte Archi killed or wounded 107 people, mostly children, a previous UNAMA report found.

The government and military said it had targeted a Taliban base where senior members of the group were planning attacks. US and Afghan forces have dramatically increased air offensives against Taliban and Islamic State insurgents in the past year as they try to get the upper hand in the 17-year war.

US forces employed 746 weapons in July, which was the highest monthly total since November 2010, the most recent US Air Forces Central Command data shows. That is more than double the 350 munitions used in July 2017, a month before US President Donald Trump announced his new strategy for Afghanistan that gave American forces greater leeway to go after militants.