17 Rs Kilo Tomato: What Pakistan are You Living in Abdul Hafeez Sheikh?

Already agitated with inflation, Abdul Hafeez’s ignorant statement on the price of tomatoes further fuelled the anger of people, which resulted in a severe outrage pointed towards government and its finance team on social media. 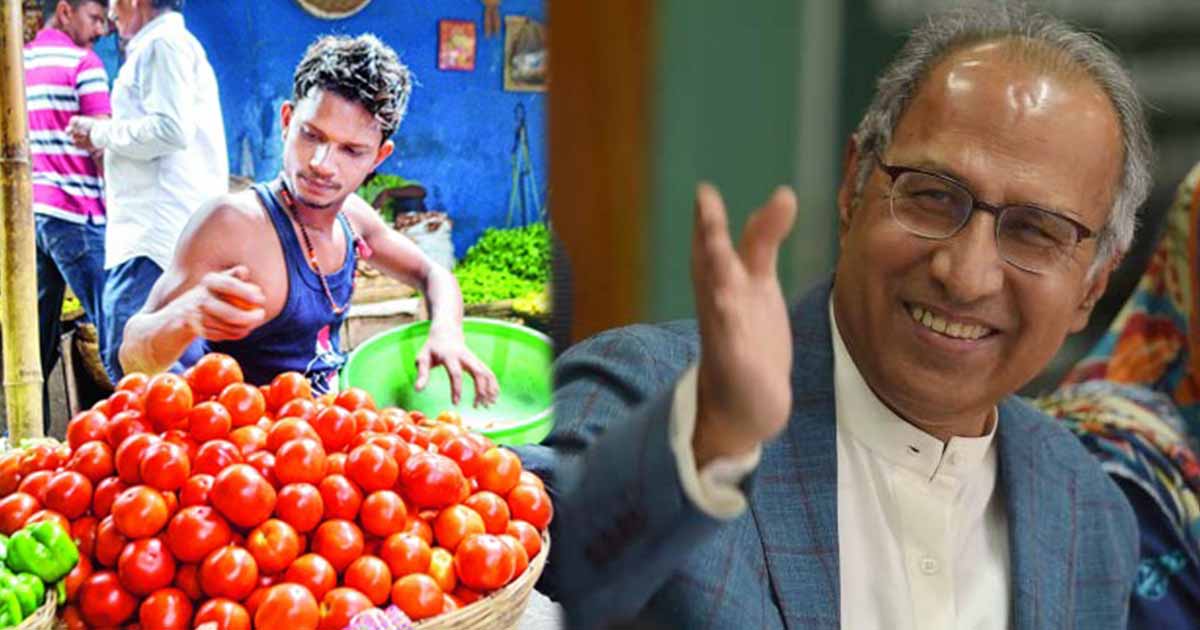 Advisor to Prime Minister on Finance, Abdul Hafeez Sheikh infuriated social media users when he misquoted the tomato price as Rs17/kilo, which reflects his unfamiliarity from the ongoing price hike on tomatoes and other vegetables in the market.

Abdul Hafeez Sheikh rebuffed the claims of journalists who complain that tomatoes are being sold at the price of Rs240-300/Kgs countrywide. With an expression of cluelessness on his face, Sheikh responded that all such claims of tomatoes being sold at a higher price are false and that tomatoes can be bought for Rs.17/Kg from Karachi’s vegetable wholesale market (sabzi mandi).

His statement annoyed the reporters who complained that they don’t know where in Pakistan tomatoes are getting sold at incredibly cheap price. One reporter retorted that he bought tomatoes for Rs.300/kgs recently as per the latest day’s rate.

The Twitter users went haywire as soon as the video spread on social media. A score of people questioned the credibility of the men at the helm of running the country when they are highly ignorant of the plight people are facing. A large number of Twitter users claimed they bought tomatoes at a price in between Rs.240-300Kg and that they can’t recall an instance when tomatoes were being sold at such a lower price in the recent past. Another user pointed out that he must be referring to the 1970s when inflation was low and food items were cheap.

Even a slight rise in the price of tomato or other basic edible items can upset the budget of the families with limited incomes. The disgruntled Twitter users argued that the elites must come out from their drawing rooms for a reality check to see how inflation is worsening the survival of people with meager incomes.