The ‘devolution of power’ that political parties repeatedly rant about has never been the true intent or motivation for the said amendment, argues the young researcher from Lahore University of Management Sciences (LUMS) 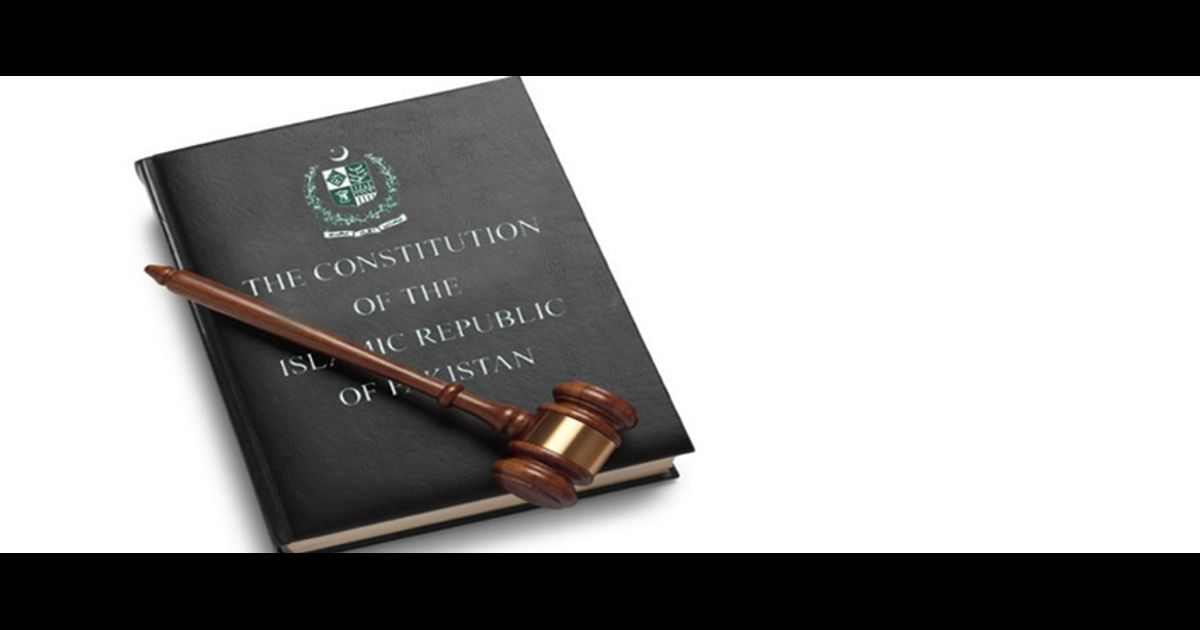 The continuous conundrum surrounding the Covid-19 pandemic has triggered several discussions. Internationally, experts are engaged in multi-faceted deliberations involving the polity of pharmaceutical giants, the shift from conventional warfare, the potential switch in the world order, and the politico-economic impact at large. While at the national scene of Pakistan, the wavering issue of inter-provincial coordination has found yet another reason to pressure the Centre. This has lit the flames of political grievances and reignited the debate over the 18th amendment.

It has now been a decade since the National Assembly was filled with much applaud and praise when the bill on the 18th amendment was passed unanimously, but it continues to cause political ripples even today. The bill was celebrated as a national victory in the name of true democracy, which had purportedly been tethered during the ten years guise of quasi-governance under Gen. Pervez Musharraf. Therefore, the 18th amendment was, and is still, considered a milestone for constitutional resilience against military rulers and ensuring devolution of power among provinces.

It was especially a bright sunny day for the Pakistan People’s Party (PPP), which spearheaded the 18th amendment in 2010. Such a move affected the constitutional provisions in more than a hundred articles of 1973, by eliminating the concurrent list (transferring 15 ministries and 18 divisions to provinces), which included health and education among other areas of provincial jurisdiction.

While some might have endorsed the amendment as a political endeavor to reinforce democracy, others considered it as more of a legitimate measure for political coercion and advantage. The latter appears to be true now, as the provinces continue to blame Islamabad for its inefficacious service delivery of Personal Protective Equipment (PPE), testing kits and special Covid labs, and lack of financial support during the on-going health crisis.

Ironically, the government in Sindh has been at the fore-front to raise such unjustified demands from the Centre. It has shrewdly maneuvered the public discourse to hide their own incompetence by projecting provincial healthcare laggings as a result of the federal government’s inefficiency.

Read more: 18th amendment debate is irrelevant at this time!

In this manner, the provincial government shies away from its actual responsibilities that it willingly took over under the 18th amendment. In the same vein, it neglects to take into account that even in case of such health emergencies, the Centre is responsible for only national policy matters pertaining to the containment of disease by proposing curfews and lockdowns, disease treatment directives, quarantine protocols, disease tracking, and ensuring anti-competitive market practices among other related policy considerations. The agreed 42% federal share of the total annual revenues and taxes, cannot be released by the center for any additional requirements of the provinces.

Post 18th amendment, roughly 5.5 trillion rupees have been reportedly revolved and given to the Sindh government to improve healthcare planning, provision, and delivery. However, its effective utilization has not been visible at any stage. The medical facilities exist in depleted conditions and interference by local political elites makes the health resource vulnerable. This daunting reality of Sindh’s healthcare system got fully exposed with the reported existence of AIDS (in rural Sindh), non-availability of vaccine for thousands of dog-bites, stunted growth of children, and now more pressingly, during the present Covid-19 crises.

These examples testify both ineptitude and lack of capacity to monitor, manage, regulate and dispense healthcare, in spite of having sufficient availability of funds, which was highlighted during the recent National Assembly proceedings as well. This exposure may not have been possible if we didn’t have open electronic and social media revealing the ill-governance of such facilities. Perhaps, a legal obligation for all people in political and bureaucratic positions to have their treatment at local hospitals may encourage expected seriousness towards the issue.

Devolution of power, not the goal

These factual details establish a case of how our political culture is not equipped to effectively practice the devolution of power. As an observer of the political discourse in Pakistan, I would say that the 18th amendment might be a smart constitutional arrangement for political parties to ensure that the window for a military ruler remains closed; while they accrue greater personal leverage over financial choice decisions within the provinces. However, the ‘devolution of power’ that they repeatedly rant about has never been the true intent or motivation for the said amendment.

Most of the pseudo-intellectuals will probably disagree with me, but our political history shows that Gen. Ayub Khan and Gen. Pervez Musharraf had advocated the local government structure and practiced true devolution of power during their tenures. Even though many of us may be socio-politically inclined to display a distaste for military rulers, however, credit must be given where it’s due.

I myself came to terms with this almost a year ago, when I was conducting research to contextualize the system of governance in Pakistan. During the research process, a few of my interviews revealed a general consensus among the representatives of media and think-tank organizations that political parties have rather been hesitant (in their intent and manner) to extend control to the local governments in all provinces. Whereas, in their opinion, the military rulers have always been observed to strongly support the devolution of (well-balanced) power that trickles down to the local government at each level.

A sad and often hushed fact to mention here is that the only time local government elections were witnessed was during the time of military leadership. Up until the Supreme Court had consistently intervened for five-eight years during the last two political regimes, no political parties’ had shown a strong will to hold local government elections, who we naively consider as the guardian angels of democracy. The pace of constructive change under the wings of these angels has also been marginal, reflecting poorly on their commitment, management, and policies.

Notwithstanding the above, there is a strong reason to administer and ensure that provincial governments become more functional in delivering in respective ministries and divisions, which have been devolved through the 18th amendment. No blame game or shrinking of responsibility should be adopted to divert attention towards non-issues of political and economic dimensions for political mileage.

Read more: Is PTI going to amend the 18th Amendment?

It is a stark reality that a lot is to be done, should be done, and must be done, to address this emerging health threat to the entire nation, within the respective framework of responsibility. Nevertheless, if there are some practical constitutional and legal difficulties in the execution and implementation of provincial responsibilities, then a recourse to discuss the areas of anomalies can be revisited and resolved at the parliamentary level.

Minahil Toor works as a Research Associate at the Centre for Chinese Legal Studies, LUMS. She can be reached at minahil.toor@lums.edu.pk. Her Twitter handle is @MinahilToor. The views expressed in this article are the author’s own and do not necessarily reflect Global Village Space’s editorial policy.