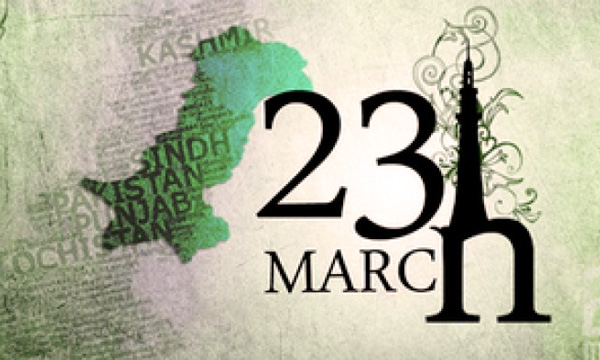 On Saturday, the Pakistan Day Parade was celebrated with tremendous pomp and a renewed sense of vigour. Staged in the backdrop of ongoing military tensions with India and the (triumphant) aerial dogfight that resulted in shooting down of two Indian fighter jets, this year’s Pakistan Day parade was staged as a statement of Pakistan’s intent to reassert itself as a (peaceful) regional power, which cannot be trampled upon or isolated by the malicious narrative of foes within and outside our country.

As a visible reminder of this claim, the parade was attended by Malaysian Prime Minister Mahathir Mohamad, Azerbaijan’s defence minister, the chief of Bahrain’s armed forces as well as other foreign dignitaries. Just as importantly, the parade not only featured a display of Pakistan’s own military might but also troops from Azerbaijan, China, Saudi Arabia, Turkey, Bahrain, and Sri Lanka. All of this sounds purely ceremonial but imbibes a deeper message: that of Pakistan’s emergence from its decade of darkness.

That thousands will be killed in a civil war on the streets of Karachi, much like Beirut, if Altaf Hussain was ever to be challenged. In the end, it only took a few hours (one night) to erase Altaf Hussain’s name from our political canvass.

Many within Pakistan would disagree with this contention. There are those (mostly divided across partisan lines of yesteryears) who argue that governance has worsened under PM Khan’s leadership. They claim that banned outfits still receive protection from State institutions, that NAB laws are being used to ‘victimize’ opposition leaders, that the process of accountability is a sham, and that PTI’s government has no real idea of jumpstarting our sluggish economy

Some of this criticism real – and the PTI government certainly needs to improve its performance (especially in terms of economic revival). But, valid criticism of the government aside, there can be little cavil with the fact that Pakistan is changing. That the country we live in today is, in many ways, fundamentally different compared to the Pakistan of yesteryears. That the forces of cultural, legal, political and religious status quo are being made to surrender, every day, to the voices of change. Voices that no longer be silenced by the traditional tools of political and legal power.

And so, as we celebrate Pakistan Day, let’s pause for a moment to recognize that long-standing myths about governance, power, and political legitimacy, in Pakistan, have finally been broken.

One – the myth of indispensable political fiefdoms has been broken. Starting from the MQM operation in Karachi, extending to the gates of Jatti Umrah in Lahore and now onto the shores of Omni Group and Bilawal House in Karachi, the past few years have seen countless political idols fall to the ground and shatter into a thousand pieces. And the all the kings’ horses and all the kings’ men have been unable to put these humpty dumpties together again.

It had argued that MQM’s militant activities were so entrenched in Karachi that no force (not even that of the State) could eliminate them completely. That Altaf Hussain held the pulse of Karachi in his palm. That thousands will be killed in a civil war on the streets of Karachi, much like Beirut, if Altaf Hussain was ever to be challenged. In the end, it only took a few hours (one night) to erase Altaf Hussain’s name from our political canvass.

In fact, even the mainstream religious parties – from Jamaat-e-Islami to JUI-F – have been rejected at the polls and in our political diaspora.

Similarly, all through the Panama case, it had been whispered that Nawaz Sharif, his entrenchment in domestic politics and his deep-rooted alliance with international partners, were too powerful for him to be put behind bars. Some deal will surely come through, they said. He will be acquitted, or (at worst) sent abroad to live out his time in the comforts of some palace in Saudi Arabia or Qatar. The State would fold, we were told. And yet it didn’t; breaking the myth of Nawaz Sharif and his indispensability to Pakistani politics.

Next, when the process of accountability turned towards Sindh, it was argued that the State cannot take on so many political foes at once. Such a move would immediately force PML(N) and PPP to join forces. ‘Sindh card’ would be played. And the State will have to kneel. After all, Zardari had clearly told us that Chairman NAB ‘ki kiya majaal’ that he prosecutes Asif Zardari. And that any such move will result in ‘eento’n se eento’n’ type reaction. And yet, now that the time is here, the myth of Zardari’s power seems broken and spent.

Read more: Malaysian PM to be the guest of honour at Pakistan Day…

Two – equally important is to recognize is the fact that the myth of mullah’s power over our streets and ourselves, has significantly dwindled in the recent past. And this journey, which was violent and gory in large parts, has now started to yield results. The days when terror events, in the name of religion, were part of our daily discourse, are now behind us. Organizations such as TTP, Jamat-ul-Ahrar, and others, who shed blood in the name of God, have largely been dismantled. Sectarian violence – in places like Quetta and Karachi – has been subdued.

And their sympathizers, like the clerics of Lal Masjid, no longer find the sort of space in our national discourse as they once did. In fact, even the mainstream religious parties – from Jamaat-e-Islami to JUI-F – have been rejected at the polls and in our political diaspora. And, recently, when TLY tried to perpetrate violence (in the name of protest), they were swiftly taken to task, without any religious fallout to the nation.

There is much work that still needs to be done, in this regard. And the government (along with the Army) has renewed its resolve to take on elements of banned outfits. But the brunt of their force, which (until recently) had a real impact on our everyday lives, has been dissipated. And along with it, so has the myth that the religious mob can hold out State hostage.

PTI government is not great in its performance. But it is still a government that was made in Pakistan. It was not created through some prior guarantee by Condoleezza Rice or an NRO guaranteed by international partners.

Three – simultaneously, a long-standing myth that Pakistan and its political government is somehow dependent on the support of international forces (e.g. the United States) has simply evaporated. Imran Khan was not the darling of international powers. Certainly not, in comparison to individuals like Nawaz Sharif, who had long-standing personal (and business) relationships with our allies. And yet, his government seems to be enjoying a diplomatic/international high that has evaded other political governments.

Why? Because the era of borrowing legitimacy and guarantee from foreign forces is now over. PTI government is not great in its performance. But it is still a government that was made in Pakistan. It was not created through some prior guarantee by Condoleezza Rice or an NRO guaranteed by international partners. And so, the myth that international power and business relationship with Royal families can guarantee governance in Pakistan seems to have ended. And the fate of this new Pakistan – with all its trials and tribulations – will be decided through a tussle of domestic forces.

The breaking of these myths is a reason enough to celebrate this 23rd March with renewed vigour. From here on, our mistakes and miracles will be our own. We can pat ourselves on the back if we embark upon a journey of sustained progress; and in equal measure, we will have no one else to blame if we fall back into the quicksand of past mistakes.

Read more: Pakistan’s letter to its youth on 23rd March!

And so, in that spirit, let us start this journey with an age-hold prayer that has been reverberated by millions across this land. And the prayer is simple:

Previous articleBalochistan: A powder keg at a geopolitical crossroads – James Dorsey
Next articleShahbaz reportedly to leave for London: Has NRO been given?

25 September 2021
Previous articleBalochistan: A powder keg at a geopolitical crossroads – James Dorsey
Next articleShahbaz reportedly to leave for London: Has NRO been given?

Will the plan to reshuffle bureaucrats work?