3 rockets fired at US embassy in Iraqi capital: security source

Three out of five rockets fired on Sunday directly hit the US embassy in Iraq's capital, a security source told AFP, including one that slammed into a cafeteria at dinner time. 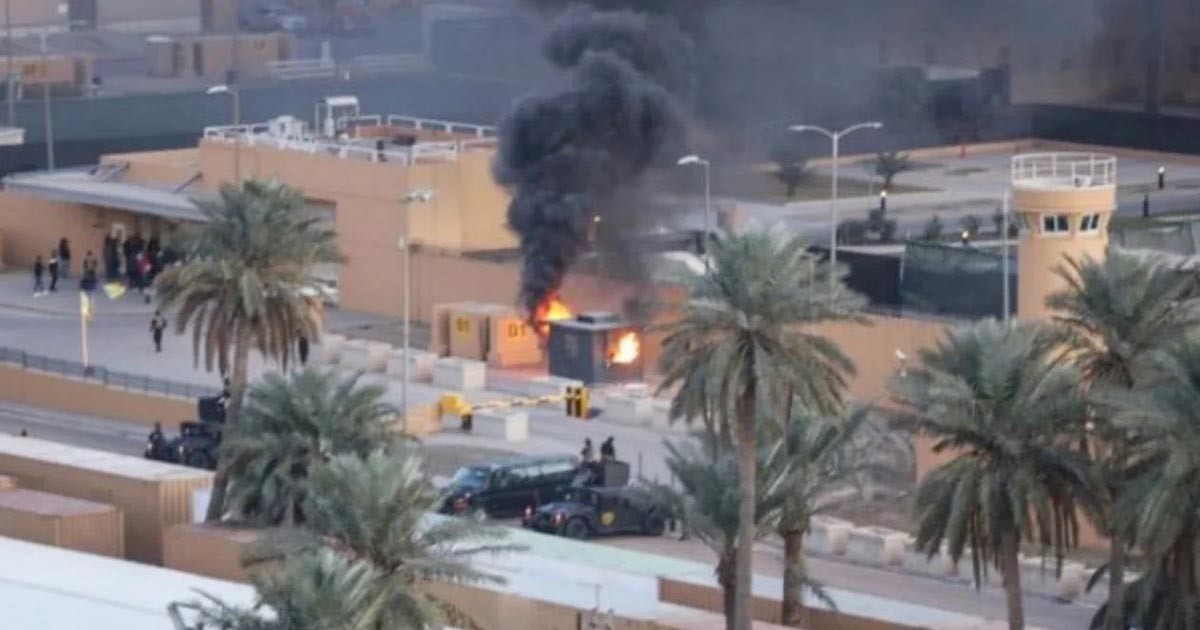 Three out of five rockets fired on Sunday directly hit the US embassy in Iraq’s capital, a security source told AFP, including one that slammed into a cafeteria at dinner time.

The US embassy did not immediately respond to AFP’s requests for comment, but a statement by Iraqi security forces earlier Sunday said there were no casualties in the attack.

The diplomatic mission, which lies in Baghdad’s high-security Green Zone, has been regularly hit by rockets in recent months, but none of the attacks have been claimed.

A few hours ago multiple rockets were fired at the US embassy in Baghdad. One of the rockets had a direct hit on the embassy and caused damage and a fire #Iraq #Baghdad pic.twitter.com/qUh1tjiUcQ— CNW (@ConflictsW) January 26, 2020

Sunday’s attack was the second in a week on the embassy, after three rockets landed near the mission on January 20.

A US source separately told AFP that last Monday’s attack saw at least one rocket land near the deputy ambassador’s residence.

The attack on Sunday was the first time a direct hit was reported.

The attack took place earlier in the day than usual, with AFP reporters hearing the booms on the western bank of the river Tigris at precisely 7:30pm (1630 GMT).

Three rockets were fired at the US embassy, one rocket hitting the dining hall and two others landing nearby.

The US embassy did not immediately comment. It was not clear if anyone had been injured in the strike.

One month ago a rocket attack on a northern Iraqi base where US troops are stationed killed an American contractor.

In retaliation, the US carried out a strike on Kataeb Hezbollah, a hardline Iraqi armed faction that is part of the Hashed al-Shaabi military network, which has been incorporated into the Iraqi state.

At least 25 Kataeb Hezbollah fighters were killed in the December 29 strike and their supporters besieged the US embassy in retaliation.