4 morals to be drawn from Sufi legends 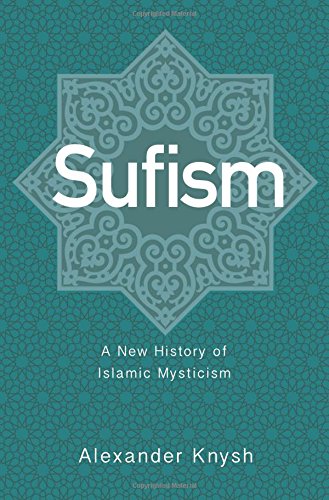 There are many legends attributed to Sufi saints. They were said to perceive and manipulate reality beyond the physical plane because of their devotion to God.

Here are some of the fantastical accounts attributed to the Sufis.

Lion and the cow

This is an account from Africa. It was said that some Sufi’s could befriend wild animals and there was one Sufi in Africa who used to travel on the back of a lion. One day he went to visit another well-known Sufi, and naturally, he rode his lion to his home. His friend came out to greet him and asked him to keep the lion in his stable. Inside the stable there was also a cow which belonged to the host. The guest expressed his concern about the lion and the cow spending the night in the same stable but the host smiled and told him not to worry. The next morning, when the time came to depart, the host accompanied his guest to the stable where they discovered that the Sufi’s cow had eaten his guest’s lion! Moral of the story: no such thing as a free lunch!

Read more: Who are the Sufis and Why Does ISIS See Them as..

The famous Sufi poet Rumi was once invited to seventeen gatherings taking place on the same evening. Legend has it that he simultaneously appeared in all seventeen gatherings and wrote a poem at each one! This phenomenon is referred to as buruz and is also attributed to other Sufi saints. Moral of story: you have to sing for your supper.

The revered Sufi master Bayazid Bistami has many miracles attributed to him. There was once an attack on him by his own disciples. As they beat him they noticed that whatever injuries he suffered, they also suffered as marks started to appear on them. Moral of the story: don’t mess with the master!

In Sufism cats are often associated with miracles. There is a legend about a cat which was the pet of a Sufi saint. The saint would task the cat to call one of his students and the cat would obediently comply. The cat would also signal the number of approaching travelers by mewing. One day a party of dervishes had arrived at the school. The cat mewed as usual but when the food was sent it appeared that it was short by one portion. The Shaikh returned to the cat and said: “Why have you made a mistake today?” The cat immediately went away and began to sniff at each of the dervishes of the party. When it came to the head of the band it jumped upon his knee and made a mess. When the Shaikh saw what had happened he said: “The poor cat has done nothing wrong: this man is a stranger.” The head of the band immediately cast himself at the feet of the Shaikh and said “I am a dahriyya [materialist]. For twelve years I have travelled through the world wearing the garments of Islam. It was my intention that if it should so befall that some Sufi recognized me, I would accept Islam. Up to now none has known my secret: but that cat has revealed it. Today I accept Islam. Moral of the story never mess with a cat or a sufi!

Ultimate agents: How CIA used animals against the Soviet Union