In a joint statement submitted along with 50 countries, Pakistan has demanded the United Nations Human Rights Council to demand India to put an immediate end to brutality against unarmed civilians, the prolonged curfew, and to allow access to UN humanitarian missions and international media. 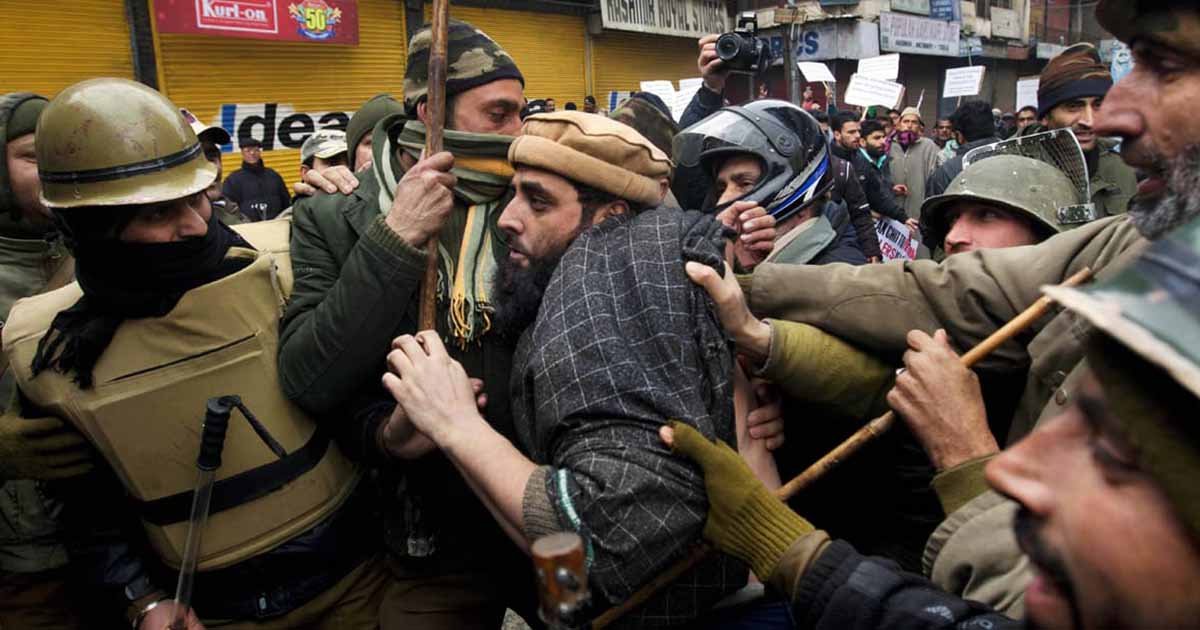 On Wednesday, Pakistan submitted a joint statement on behalf of 50 countries from across the world, raising voice for the escalating humanitarian crisis in Kashmir and demanding an immediate end to the curfew imposed after the illegal annexation of the disputed Himalayan valley of Kashmir.

Pakistan, in its joint statement to the United Nations Human Rights Council (UNHRC), demanded an immediate end to Indian brutality and curfew, alongside expressing concern over the reports of draconian measures to curb agitation, rapes and enforced disappears emanating from the occupied region.

The statement added, “We share the concern expressed by the High Commissioner for Human Rights Ms. Michelle Bachelet regarding the impact of recent actions on the human rights of Kashmiris.”

Foreign Minister Qureshi observed that India had undertaken illegal move, which is against the resolutions of the UNSC.

Pakistan has demanded an immediate end to the use of pellet guns and brutal force against unarmed civilians across the disputed territories, and demanded access for international media and human rights organizations to uncover ground realities.

The recommendations put forward by the OHCHR’s reports on Kashmir included the establishment of a UN Commission of Inquiry to launch an investigation into the human rights violations committed by the Indian troops. Pakistan, in its joint statement, asked for the implementation of this recommendation.

The demands put forward in the joint statement are as follows:

The joint statement has demanded regular investigation and reportage by the UN high commissioner on Human Rights in Kashmir, alongside demanding a peaceful resolution to the Kashmir dispute, in line with the resolutions passed by the UN Security Council.

Pakistan today also announces the delivery of a historic joint statement on behalf of over 50 countries to the UN Human Rights Council. For this, we asked that the Council immediately take the following steps #HRC42 pic.twitter.com/538RNc5je4

Taking to Twitter, Foreign Minister Shah Mahmood Qureshi shared the demands put forward by Pakistan and 50 other nations, and said, “Quaid’s vision ‘Kashmir is the Jugular Vein of Pakistan’ resonates strongly today. India’s unilateral action has busted the myth of Indian secularism & reaffirmed the two-nation theory which under the indomitable leadership of Quaid-i-Azam, formed the basis for Pakistan.”

Quaid's vision 'Kashmir is the Jugular Vein of Pakistan' resonates strongly today. India’s unilateral action has busted the myth of Indian secularism & reaffirmed the two-nation theory which under the indomitable leadership of Quaid-i-Azam, formed the basis for Pakistan. pic.twitter.com/kZ5MSxOiaO

A statement issued by the Foreign Office expressed gratitude to the 50 nations that supported Pakistan in the joint statement submitted to voice concerns over the brutal treatment and unprecedented curfew imposed on the occupied valley of Kashmir.

The statement read, “Pakistan wishes to express its gratitude to the countries which became part of this Joint Statement in support of the people of Kashmir, reinforcing serious concerns of the international community about the unprecedented restrictions, continued curfew and curtailment of fundamental rights and freedom of the Kashmiri population.”

The Foreign Minister also held a special meeting with President of the UN Human Rights Council, H.E. Coly Seck, to discuss the blatant human rights violations and India’s unlawful and unilateral annexation of the disputed territory.

Foreign Minister Qureshi observed that India had undertaken illegal move, which is against the resolutions of the UNSC. Qureshi also underscored that this unlawful decision is an attempt to alter the demography of the Muslim-majority region of Kashmir.

H.E. Coly Seck also expressed concern over the human rights violations and noted that the entire international community is closely observing India’s actions and the situation unfolding in the occupied valley.

The Foreign Minister also had a special meeting with the UN High Commissioner for Human Rights Michelle Bachelet in Geneva.

Bachelet voiced her concerns over the escalating human rights violations, and observed that there can be no compromise over human rights abuses, and demanded that India must put an end to the prolonged curfew.