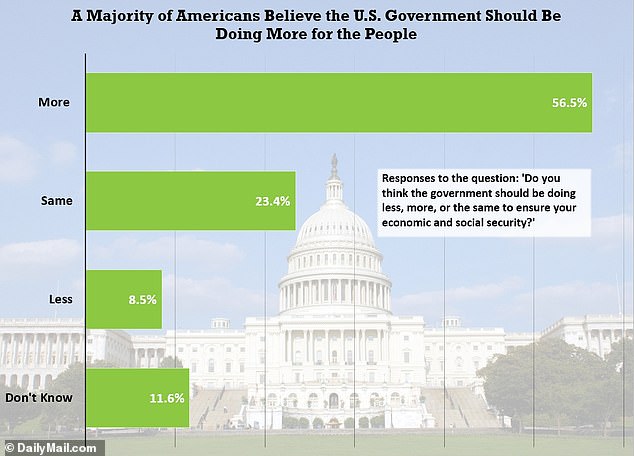 One of the burning issues of our time is the role of the U.S. government in foreign affairs: Should the United States embrace interventionism or non-interventionism?

Cobb cites a Pew poll in 2013 that said that 52 percent of the American people said that the United States should “mind its own business.”

The United States was founded on the principles of non-interventionism. America’s Founding Fathers believed that America should stand as an independent nation, entering into alliances with no one and intervening nowhere. John Quincy Adams summed up America’s founding foreign policy in his Fourth of July speech to Congress in 1821: America does not go abroad in search of monsters to destroy.

A non-interventionist foreign policy obviously does not require a massive military establishment, a CIA, or an NSA. Thus, Americans lived without that type of governmental structure for more than a century. They instead lived under a limited-government republic.

Read more: US regime-change operations are a reality!

Those of us living today live under an opposite system, an interventionist system, which necessarily entails a massive military establishment, a CIA, an NSA, and the ever-growing tax burden needed to sustain them and their foreign interventions and domestic spying programs. Interventionism has been the official foreign policy of the United States for the past 100 years or so.

So, the first half of U.S. history was non-interventionism. The second half has been interventionism. What does the future of freedom hold today? That’s where sound ideas on liberty and limited government come into play. There is no way to measure the power of such ideas.

Americans are now embracing the restoration of America’s founding principle of non-interventionism should excite every person who yearns for a free, prosperous, peaceful, and harmonious society.

One must simply believe in their power and continue to expound the truth, even if it appears that no progress is being made on the surface. Keep in mind: There is a reason that totalitarian regimes do their best to shut down the dissemination of ideas on liberty. They know their potential power to bring a shift in people’s thinking, which then has the potential for bringing about a shift in society, even if it is contrary to what government officials want. Are libertarians making progress in restoring a non-interventionist foreign policy to our land?

We certainly don’t see any progress in the political world. The U.S. national-security establishment’s forever wars show no signs of abating and actually appear to be expanding. There certainly is no movement to close or abandon U.S. military bases abroad. Partnerships with dictatorial regimes continue. The same with sanctions and embargoes. Assassination has become official U.S. policy. Spending on the Pentagon, the CIA, and the NSA and their armies of contractors and subcontractors continue to soar?

An article posted today on Antiwar.com shows where the progress is being made. The article, written by Grant Smith, director of the Institute for Research: Middle Eastern Policy in Washington, D.C., cites a recent poll where people were asked the following question:

“Which expenditure category should Congress cut to make government more responsive to the American people and reduce their budget deficit?”

The category “US military actions in the Middle East” received 42.0%. Take a look at one of the best articles on foreign policy that I have seen in the mainstream press. It was published by the Los Angeles Times and is entitled “For U.S. Foreign Policy, It’s Time to Look Again at the Founding Fathers’ Great Rule” by Elizabeth Cobbs, the Melbern Glasscock chair of American history at Texas A&M and a research fellow at the Hoover Institution.

I highly recommend reading this article. If you like it, share it with friends. Remember: Ideas have consequences. They don’t cause everyone to reevaluate his thinking. But they oftentimes do cause some people to reevaluate their thinking.

The U.S. national-security establishment’s forever wars show no signs of abating and actually appear to be expanding. There certainly is no movement to close or abandon U.S. military bases abroad.

Cobb cites a Pew poll in 2013 that said that 52 percent of the American people said that the United States should “mind its own business.” Today, Pew found that number has risen to 57 percent.

Read more: Will US be able to sustain its global dictatorship?

We might be closer than we could ever imagine to one of those gigantic societal shifts toward freedom and limited government. The fact that so many Americans are now embracing the restoration of America’s founding principle of non-interventionism should excite every person who yearns for a free, prosperous, peaceful, and harmonious society.

Should America be afraid of China’s J-10 Fighter?