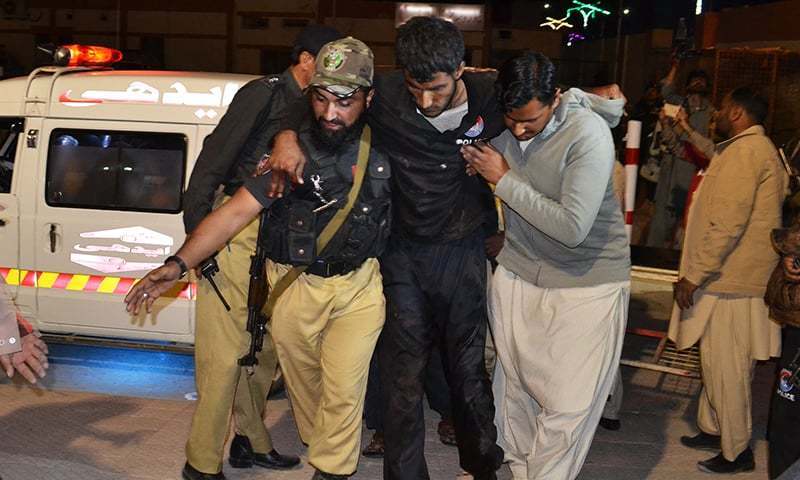 Quetta, Pakistan: At least 60 people were killed and 118 injured when militants attacked a police training academy in Quetta, Pakistan, late Monday night, government officials said. Major General Sher Afgan, Chief of the Paramilitary Frontier Corps, told reporters Tuesday that Pakistan-based group Lashkar-e-jhangvi was behind the attack — an al Qaeda-linked militant group that has repeatedly carried out deadly attacks on the country’s Shiite Muslim minority in recent years. One attacker was killed by security forces; two others died when they detonated bombs they were carrying.

Quetta is the capital of Balochistan, a province long-plagued by violence. In August of this year, the city saw one of the deadliest attacks Pakistan has ever seen when prominent lawyer, and president of the Balochistan Bar Association, Bilal Kasi, was murdered by gunmen. Hours later, more than 72 people were killed in a bombing at a hospital where his body was taken.
To access the complete article, please use this link: CNN News and DAWN

Shahid Sattar - 9 April 2021
The writer talks about the revitalization of one of the most important institutions for policymaking in Pakistan, the Planning Commission. He talks about how the policies of the past have left the commission futile and he discusses the steps in which the revitalization could be brought about, and its results.

Guess what the German Ambassador was doing in Peshawar?

How the coronavirus completely conquered the US?

How Pakistan is still part of America’s war on terror