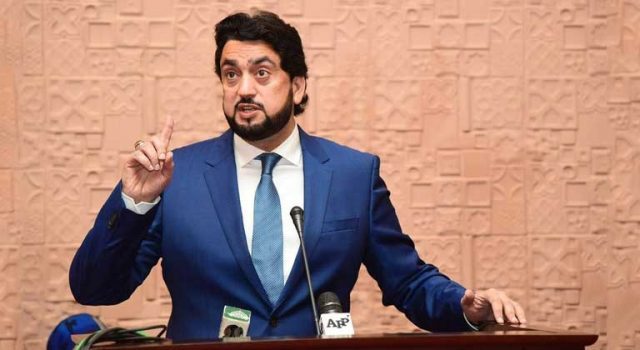 The Senate committee on Interior today (Thursday, 20th December,) has sought a report from the Interior Ministry regarding the consumption of ‘ice meth’ drug by female students of schools in Islamabad.

According to details, the Senate committee deliberated over the rampant issue of new drug addiction, ice meth/ crystal drug, as Minister of State for Interior Shehryar Khan Afridi pointed out an alarming figure of especially female students involved in this menace. The statements by Mr. Afridi have put him under the spotlight and the general public and the media are demanding Mr. Afridi of proof.

“The larger issue is not the private parties; it is the drug abuse, alcohol usage, and exchange that is problematic. Youngsters and adults alike attend these parties and abuse drugs like crystal, ecstasy, and cocaine”, the source said.

Minister of State for Interior Shehryar Khan Afridi claimed on Tuesday, 18th December, that as many as 75 percents female students of the federal capital are addicted to stimulating drugs, including ice and crystal meth; whereas almost 45 percent of male students too are substance abusers.

The Senate committee has expressed serious concerns over the State Minister’s statements and has asked him to submit a detailed report on the statistics. The unprecedented crackdown, Afridi said, has been launched against the drug mafia on the special directives of Prime Minister Imran Khan and no one will be allowed to mar the future of the country’s younger generations.

He also warned all politicians, police officials, and media persons against supporting drug barons. “Under the premier’s future strategy, youth will be taken forward as the frontline soldiers of Pakistan. I am organizing the youngsters of all educational institutions and soon they will be defending Pakistan’s case on social media and all other fronts,” the minister said.

The minister also urged the parents to keep a close eye on their kids, who may become a victim of drug abuse and said there was a need to initiate an awareness campaign to sensitize the masses towards the menace of drugs usage at large.

Crystal Meth, a relatively new drug in the Pakistani drug cartels and abuser market, also known as, methamphetamine can elevate mood, increase alertness, concentration, and energy in fatigued individuals, reduce appetite and promote weight loss in low to moderate doses. At relatively high doses, it can induce psychosis, the breakdown of skeletal muscle, seizures, and bleeding in the brain. Chronic high-dose use can precipitate unpredictable and rapid mood swings, stimulant psychosis (e.g., paranoia, hallucinations, delirium, and delusions) and violent behavior.

The unprecedented crackdown, Afridi said, has been launched against the drug mafia on the special directives of Prime Minister Imran Khan and no one will be allowed to mar the future of the country’s younger generations.

According to 2017 statistics by an independent publication, there are 70-80,000 crystal users in Pakistan and the numbers are growing exponentially by the day. Currently, pure crystal meth is being transported through Afghanistan.

An Islamabad police official, on condition of anonymity, told GVS that there are multiple factors due to which law enforcement agencies are unable to close the loopholes in the capital’s drug market: “A lot of powerful businessmen and politicians support drug cartels, which are operating on a supportive basis; they do not indulge in competitive rivalry. Rather, they support each other’s operations when there is a new drug in the market which needs to be spread around”, he said.

Read more: United States a superpower or a hub of drug addicts? –…

The source also disclosed that it is not only prevalent in educational institutes, but a large selling point is underground parties which take place every weekend in and outside the city. “Banigala, Shah Allah Ditta, Lehtrar Road, Murree, Bahria Town, Gulberg Greens, E-11, D-12, G-13, Barakahu, Chak Shehzad farms, and Chattar park residences are all popular places for these dance parties in private residences. “The larger issue is not the private parties; it is the drug abuse, alcohol usage, and exchange that is problematic. Youngsters and adults alike attend these parties and abuse drugs like crystal, ecstasy, and cocaine”, the source said.

No sin tax on cigarettes: A win for the tobacco lobbyists?