A battle for influence between two monarchies 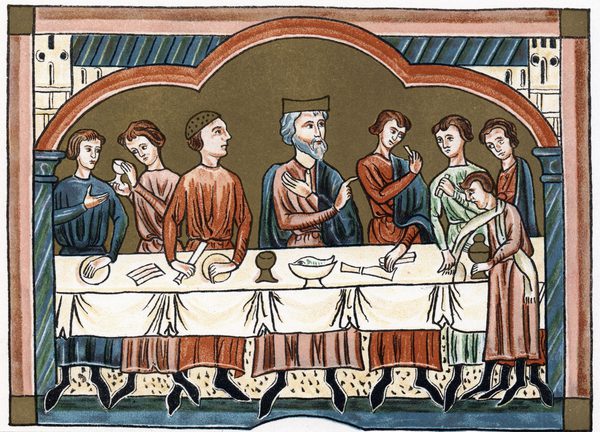 Qatar, a tiny oil-rich nation, an ally of the USA and European powers having a wealth fund of $335 billion is the largest producer of natural gas in the Middle East. It has been subjected to intended diplomatic and economic isolation by Saudi-led bloc, following some alleged allegations of supporting Muslim Brotherhood (Egypt), Hamas (Palestine) and an alleged alignment with Iran.

Where it all began?

The process that triggered the crisis began in May 2017 when the Qatar News Agency website was hacked and a false statement was released in the name of Tamim bin Hamad Al Thani. The statement indicated the importance of Iran for the stability of the region. Qatar iterated that the statement was false and came from a fake source.

Debating over the legitimacy of Hamas, Israel in tandem with some Saudi and US allies to put Hamas on the list of terrorist organizations while many other significant countries including China, Russia, India, Pakistan and Turkey don’t.

Despite all the explanations, the Arab media continued to make statements against Qatar that has led Saudi officials to abruptly cut off diplomatic ties with Qatar and impose trade bans on the tiny Gulf state. It also blocked its territorial waters and ports for vessels sailing from and to Qatar. The UAE and Saudi Arabia have restricted Al-Jazeera from the wireless transmissions and shut the channel’s workplaces.

Bone of contention between the Gulf monarchies

One of Saudi’s bloc main problems with Qatar centers on Hamas, a Palestinian group which calls itself a resistance movement fighting Israeli occupation. The Saudi bloc is adamant that Hamas are terrorists and insists that it should not be allowed sanctuary in Qatar. Hamas, as per its charter, calls itself a national govt. that does not seek war with Jewish people, won a popular election in the West Bank and Gaza in 2006 but were only allowed to form a government in Gaza strip. Hamas is still in power in the strip. Its core ideology which was revamped earlier this year calls for the liberation of Palestinian areas that were occupied by Israel in the 1967 war.

Saudi elite supported Egyptian President General Sisi in toppling democratic regime as it considers democracy around its borders inimical to their monarchy system which propels Arab youth to call for democracy in their countries.

Though the new position does not recognize the state of Israel which implies to accept another state outside the pre-1967 borders. Debating over the legitimacy of Hamas, Israel in tandem with some Saudi and US allies to put Hamas on the list of terrorist organizations while many other significant countries including China, Russia, India, Pakistan and Turkey don’t. The European Union’s top court took Hamas off its terror list last year. Even Jewish activists are in two minds about the group.

Qatar, besides its support to Hamas, is also a backer of Muslim Brotherhood (a strong ally of Hamas) that was first democratically elected regime with broad popular support in the Egypt and had been toppled in 2013 violent military coup. Saudi elite supported Egyptian President General Sisi in toppling democratic regime as it considers democracy around its borders inimical to their monarchy system which propels Arab youth to call for democracy in their countries.

Read more: Saudi Arabia or Qatar: Pakistan’s search for neutrality in the Gulf…

An unholy alliance between Saudi Arabia and Israel

KSA’s bloc shortsighted sanctions on Qatar have also brought Israel on the same page with Saudi Arabia. Top Israeli Intelligence official praised Saudi decision and called Qatar ‘a pain in the ass’ as Qatar has continuously criticized Israel for occupying Palestinian lands. It has also dished out money to Hamas and hosted its leaders in Doha. Another propellant feature of this bonhomie is that Qatar also funds Al-Jazeera, a channel which blatantly broadcasted Arab Spring as well as frequently reproaches Israel for human rights abuses in the occupied territories.

Differences among GCC arising out of Saudi-Qatari rivalry

Evidently, Saudi Arabia has not earned as much support even from inside the Gulf locale with the exception of UAE and Bahrain as it had assumed following its endeavors to isolate Qatar. Oman, one of two Gulf States to have shunned joining the Saudi-UAE crusade, has opened its ports to Qatar compensating Saudi shipping embargo. Turkey, obstinately, rejected the Saudi embargo against Qatar, sided with Qatar and made all preparations to help Qatar in bad times. Since the beginning of the crisis, Turkish Airlines’ cargo planes made 15 flights and transported a thousand tons of food and beverages to Doha to meet Qatar’s immediate need for food due to the blockade. Besides deploying troops and establishing its military base in Qatar, it continues to project high-level diplomatic efforts to resolve the crisis.

Pakistan has maintained its traditional stance that it would not take a side in any event that would create divisions within the Muslim World.

Turkish President, Recep Tayyip Erdogan telephoned his Russian counterpart, US President, King of Saudi Arabia and the Emir of Kuwait and called for de-escalation of the tensions. In the same manner, many other states including Pakistan and some Gulf countries have refrained themselves from siding with any bloc.

Pakistan has maintained its traditional stance that it would not take a side in any event that would create divisions within the Muslim World.

An investigation by Le Monde newspaper revealed that Saudi Arabia has used its influence to pressure Muslim majority countries to reduce diplomatic ties with Qatar. Besides Egypt, some of the Gulf countries have also cut or reduce ties with Qatar. The report also suggested that Saudi Arabia has threatened to withhold aid and make it difficult for some of the countries to get the visa for the Hajj (pilgrimage).

The Maldives was one of the first countries to cut ties with Qatar where Saudi Arabia pledged to invest $10 billion a few months earlier.Qatar’s foreign minister while rejecting the accusations stated the embargo as an infringement of international law.

Additionally, Saudi Arabia also offered Somalia’s govt. $80 million to cut ties with Qatar. It’s not the first time Saudi Arabia has been accused of using its influence in Africa. In 2016, Somalia received an aid pledge of $50 million from Saudi Arabia, the same day it cut diplomatic ties with Iran after an attack on the Saudi consulate in Tehran. And it’s not just the African countries that Saudi Arabia has influenced. The Maldives was one of the first countries to cut ties with Qatar where Saudi Arabia pledged to invest $10 billion a few months earlier.Qatar’s foreign minister while rejecting the accusations stated the embargo as an infringement of international law.

Qatar’s foreign minister while rejecting the accusations stated the embargo as an infringement of international law.

US, France, and Germany have offered mediation to commence arrangements to resolve the crisis. Pakistan has taken a step ahead as Pakistan Prime Minister Nawaz Sharif accompanied by Army Chief General Qamar Javed Bajwa visited Jeddah and met with Saudi’s Premier Shah Salman a few days ago to discuss and defuse the diplomatic crisis. Turkey also stepped up beyond rhetoric and has heightened its conciliatory endeavors to intercede amongst Qatar and the Arab countries. Just regulating coordinated and collective regional arrangement can enable the Gulf to rise up out of this emergency.

Yasir M’alik has completed his Masters in International Relations from University of the Punjab, Lahore. He is currently working at South Asian Strategic Stability Institute (SASSI), Islamabad as a Research Fellow. The views expressed in this article are the author’s own and do not necessarily reflect Global Village Space’s editorial policy.

Sirajuddin Aziz: An extraordinary banker and a great manager