‘A famine unlike any we have ever seen’ 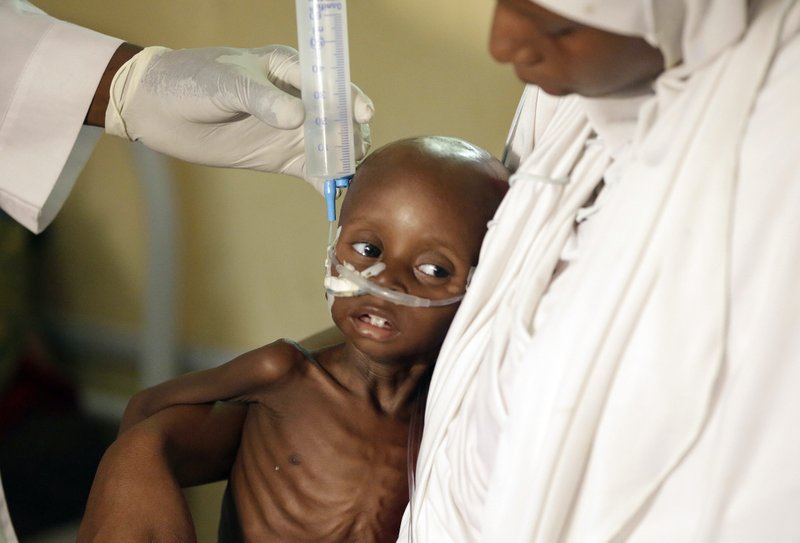 As Nigeria battles Islamist terrorists, millions are at risk of starvation.

BANKI, Nigeria — They survived Boko Haram. Now many of them are on the brink of starvation. Across the northeastern corner of this country, more than 3 million people displaced and isolated by the militants are facing one of the world’s biggest humanitarian disasters. Every day, more children are dying because there isn’t enough food. Curable illnesses are killing others. Even polio has returned.

About a million and a half of the victims have fled the Islamist extremists and are living in makeshift camps, bombed-out buildings and host communities, receiving minimal supplies from international organizations. An additional 2 million people, according to the United Nations, are still inaccessible because of the Boko Haram fighters, who control their villages or patrol the surrounding areas.