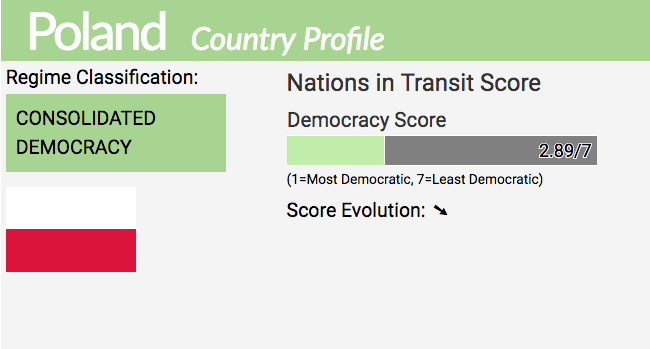 The nomination process for electoral candidates for the 2018 general elections is now complete. Candidates have been finalized, and party tickets have been allocated. Notwithstanding a few pending judicial challenges, for all intents and purposes, the nomination process is over, and we are off to the race on polling day. There can be little cavil with the proposition that this nomination process (from the Returning Officers to the Appellate Tribunal) was perhaps the most rigorous in terms of declaration and judicial oversight.

In equal measure, it must also be recognized that the instant nomination process has been marred with controversy concerning the ambit of judicial authority in accepting or rejecting nomination papers of prospective candidates. And this controversy was perhaps most aptly reflected in the decision of honorable Justice Ibad-ur-Rehman Lodhi (sitting as the Appellate Tribunal), rejecting the nomination papers of Mr. Shahid Khaqan Abbasi, a candidate from NA-57 (Rawalpindi-I).

As it turns out, the former Prime Minister had submitted his nomination papers for the upcoming elections from his (traditional) constituency in Murree. These papers were accepted by the Returning Officer, against which an appeal was filed to the Appellate Tribunal. The appellant contended that Mr. Abbasi had been guilty of concealment and misstatement in his nomination papers; specifically, it was contended that Mr. Abbasi had not provided accurate details and description of his immovable property within Pakistan and that he had “intentionally and knowingly” misstated the actual cost of his assets.

In this spirit, let us rally behind the spirit of Justice Lodhi’s judgment, and reform our electoral system to ensure that candidates who misdeclare or hide their assets are weeded out at the pre-poll stage.

In the circumstances, it was prayed before the Appellate Tribunal that Mr. Abbasi’s nomination papers be rejected, and he be disqualified (being not ‘sadiq and ameen’) under Articles 62 and 63 of the Constitution of the Islamic Republic of Pakistan, 1973. As observed in Justice Lodhi’s judgment, there were material discrepancies in the two separate sets of nomination papers (both submitted on solemn oath) by Mr. Abbasi, for NA-57; one of which disclosed that he owns no shares in any company, whereas the other (after being tampered with) disclosed his shares in “Air Blue” and “Blue Pines Inn Murree”.

In light of the prima facie tampering and discrepancies, Justice Lodhi proceeded to issue notice to the concerned Returning Officer (Mr. Haider Ali Khan, ADJ). Upon query on the first day, the learned RO could not justify why he allowed tampering in the nomination papers. However, subsequently (on the next date of hearing), the RO had become “wiser and explained that he allowed the counsel for [Mr. Abbasi] to get such defect remedied in view of Section 62(9)(d)(ii) of The Elections Act, 2017”, which allows for (inconsequential) typographical mistakes to be corrected.

Furthermore, per the details provided by Mr. Abbasi in his nomination forms (on oath), he owns a house of more than one kanal (House No.4, Street 17, Sector F – 7/2, Islamabad), the value for which has been shown at Rs.3,00,000 only. The honorable Tribunal expressed its shock and dismay at this disclosure, observing that the market of just 1 Marla is as high is Rs. 6 million.

In response, Mr. Abbasi’s counsel did not attempt to justify the asserted facts with any vigour. Instead, he focused his defence on a simple legal proposition: that such factual controversy “cannot to be taken into consideration at present pre-poll stage”, and “is to be left for adjudication in post-poll proceedings by the Election Tribunal to be constituted to adjudge the election disputes after conduct of elections.” In other words, any discrepancy in facts (stated on oath) can only be looked into by an Election Tribunal (after recording of evidence), and the Returning Officers, as well as the Appellate Tribunals, must accept the nomination papers (regardless of factual errors contained in the nomination papers).

The former Prime Minister had submitted his nomination papers for the upcoming elections from his (traditional) constituency in Murree. These papers were accepted by the Returning Officer, against which an appeal was filed to the Appellate Tribunal.

After hearing detailed arguments from all parties concerned, Justice Lodhi observed that (per judgments of the honourable Supreme Court) it is true that declaration concerning 62(1)(f) can only be made by a “court of law”. However, the question was whether a “court” should make such declarations at the pre-poll stage, or must it wait for the Election Tribunals (constituted after the elections) to make such declarations after a long and protracted process.

To this end, honourable Justice Lodhi observed that “Asking to await a declaration of court of law before holding a person as not sagacious, righteous, honest and ameen is nothing, but a mockery of law and jugglery.” That such declarations, through an Election Tribunal usually take the natural course of the electoral term and, when the incumbent term is close to completion, “it is conveniently pressed into that the pending lis becomes infructuous.”

Read more: I am the King – I don’t need courts to verify…

In this regard, Justice Lodhi places the blame on all pillars of the State. “Our system at the hands of such elements not only in legislatures, but also in other pillars of the State, has become rusty.” Poignantly, as a wounded judicial cry, he observes that elected parliamentarians, once in power, do their best to make sure that post-election disputes are not resolved with any sense of urgency, and that (certain) members of the judiciary are also at fault for having allowing this situation to persist.

Breaking ranks with this sclerotic system of resolving nomination disputes, Justice Lodhi takes the final necessary step to conclude (in Mr. Abbasi’s case) that “I declare that this Tribunal constituted under the statutory provisions of a Federal Statue is a Court of law and after declaring that [Mr. Abbasi] being guilty of concealment of facts and withholding of the complete information from his voters, is not a n honest and Ameen person and after such declaration, declare him as not a qualified person to be elected or chosen as a Member of Majlis-e-Shoora (Parliament) within the meaning of Article 62(1)(f) of The Constitution of the Islamic Republic of Pakistan, 1973.”

In the aftermath of this judgment, Justice Lodhi has been scathingly criticized. Specifically, Mr. Abbasi (and other PML(N)) loyalists have called him all sorts of names that are the very definition of judicial contempt. And, a larger bench of the honorable Lahore High Court has suspended Justice Lodhi’s order, thereby allowing Mr. Abbasi to contest elections from NA-57.

Read more: SC orders election candidates to submit a mandatory affidavit in a…

But these happenings cannot detract from the fundamental question asked by Justice Lodhi in his judgment: should pre-polling forums have the authority to disqualify individuals on the basis of prima facie facts (without calling of detailed evidence, per Article 10-A of the Constitution)? If not, is the long drawn-out process of Election Tribunals an ‘adequate and efficient’ remedy against people who make a misdeclaration in their nomination forms, or are otherwise disqualified under Article 62 and 63 of the Constitution?

In equal measure, it must also be recognized that the instant nomination process has been marred with controversy concerning the ambit of judicial authority in accepting or rejecting nomination papers of prospective candidates.

If the Election Tribunals take years in deciding a case (after detailed recording of evidence), and then decide that the candidate should have been disqualified to begin with, who will be responsible for the years of governance that the said (disqualified) candidate has participated in? Is the process, in its existing form, not synonymous to what Justice Lodhi calls “a mockery of law”? And if so, should we not institute measures to fix this rot in our democratic process?

Read more: Khan’s politics of courting the ‘electables’; will it work?

These are critical times for the democratic establishment in Pakistan. While we have instituted a democratic process in this country, we are still far from instituting democratic values (of transparency and full disclosure). Justice Lodhi’s judgment (no matter what its fate might be in the future) is a battle-cry for all those who still believe in the dream of honest rulers and a clean democracy.

Senate elections through ‘open ballot’: What does the Constitution say?