A man who wants to die in Peace but can’t

In France, an accident victim's life is hanging in balance and France is divided bitterly over the right to death and keeping life support. Vincent Lambert's wife pleads to let him die a dignified death but his parents and even Pope Francis disapproves. 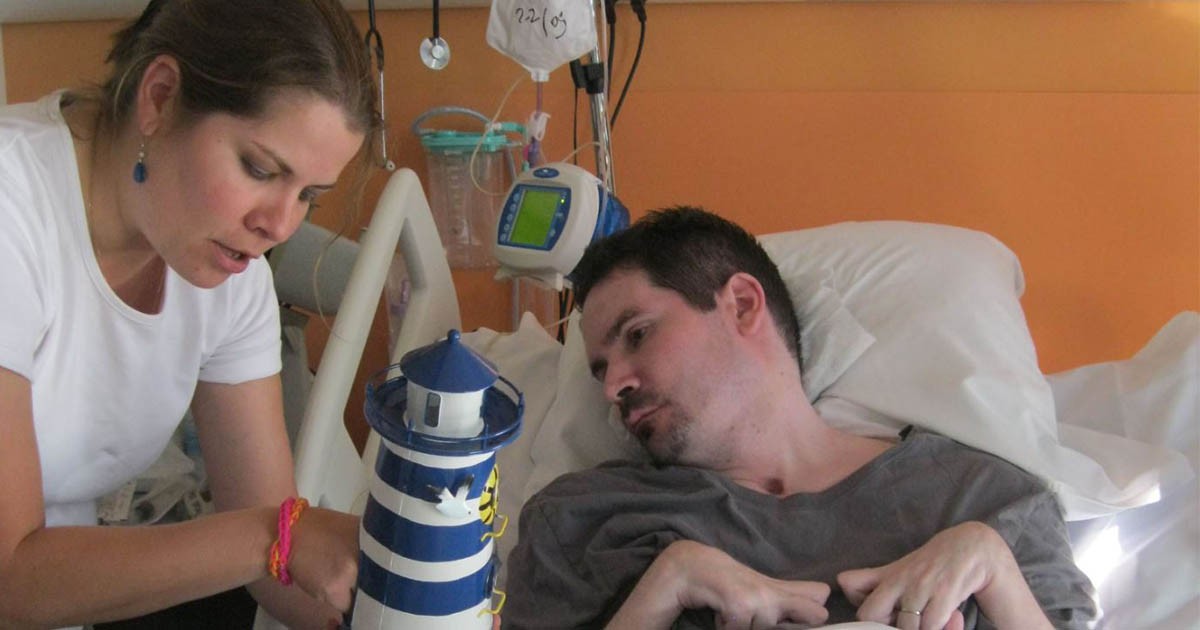 French doctors are set to begin removing life support from paralyzed road accident victim Vincent Lambert on Tuesday, in what could be the final act in a hugely controversial right-to-die case that has drawn in Pope Francis.

The main doctor treating Lambert, Vincent Sanchez, informed his family by email that he intended to start removing his feeding tubes in line with a French court ruling last Friday, according to the message that was shared with AFP.

The doctor urged family members to ensure that “support to Mr. Vincent Lambert is as peaceful, intimate and personal as possible”.

Lambert, 42, has been in a vegetative state since a 2008 car accident, with the question of whether to continue keeping him alive artificially or letting him die bitterly dividing his family and the nation.

🇬🇧 Judgment authorizing the cancellation of treatment but the parents' lawyer said that the Court of Cassation did not question the provisional measures imposed by the UNO-Disabled Rights.https://t.co/Y4bkXtTKZV pic.twitter.com/Lb58qI7svc

Legal battles in French and European courts over the last six years have pitted Lambert’s Catholic parents and two of his siblings – who want to keep him alive – against his wife and six other brothers and sisters.

His wife Rachel, who is his legal guardian under French law, has maintained that Lambert had made clear before the accident that he would not want to be kept alive artificially, though this was never put in writing.

Pope Francis intervened in May when he tweeted to say that it was necessary to “always safeguard life, God’s gift, from its beginning until its natural end”

Multiple medical assessments over the years ordered by the courts have found that Lambert, a former psychiatric nurse, has no chance of recovering.

Doctors at the hospital in Reims, northern France, have made five attempts previously to remove life support before being forced to reinstate it following court rulings obtained by Lambert’s parents.

The last attempt to remove his tubes was made in May this year, but was then overturned by a Paris appeals court.

The UN committee on disabled rights has also asked France to keep Lambert alive while it conducts its own investigation into his fate – a request the French government has rejected as non-binding.

In what was hailed as a definitive legal judgment by a lawyer representing Lambert’s wife, France’s top appeals court, the Cour de Cassation, ruled last Friday that life support could be turned off.

The case has rekindled a charged debate over France’s right-to-die laws, which allow so-called “passive” euthanasia for severely ill or injured patients who are being kept alive with no chance of recovery.

Having seen their efforts rejected by France’s highest courts and the European Court of Human Rights, lawyers for Lambert’s parents are now threatening to press “murder” charges if his life support is halted.

His mother Viviane, who has previously shared photographs and video footage of her son from his hospital bed, has insisted he “just needs something to drink and eat, and love”.

Pope Francis intervened in May when he tweeted to say that it was necessary to “always safeguard life, God’s gift, from its beginning until its natural end”.

President Emmanuel Macron has also been drawn into the case, but he has rejected calls to intervene by Lambert’s parents on the grounds that it is a medical case that should be decided by doctors and Lambert’s wife.

Why China added The Belt & Road Initiative to its Constitution?

How Nations can move on after Apologizing for their Past

Pak-China cooperation strong at OBOR summit: What is India missing?