A New Weapon in Russia’s Arsenal, and It’s Inflatable 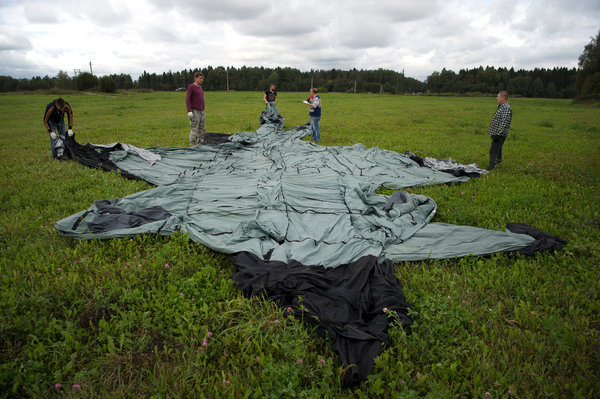 MOSCOW — Deep in the Russian countryside, the grass sways in a late-summer breeze. In the distance, the sun glistens off the golden spires of a village church. It is, to all appearances, a typically Russian scene of imperturbable rural tranquillity. Until a sleek MIG-31 fighter jet suddenly appears in a field, its muscular, stubby wings spreading to reveal their trademark red star insignia. A few moments later, a missile launcher pops up beside it.

Cars on a nearby road pull over, the drivers gaping in amazement at what appear to be fearsome weapons, encountered so unexpectedly in this serene spot. And then, as quickly as they appeared, the jet and missile launcher vanish. “If you study the major battles of history, you see that trickery wins every time,” Aleksei A. Komarov, the military engineer in charge of this sleight of hand, said with a sly smile. “Nobody ever wins honestly.”

To access the complete article, please use this link: New York times

Focusing on ISIS: Are we losing sight of a bigger enemy in Afghanistan?

Obama’s take on Key Issues facing the U.S. at the End of his Presidency