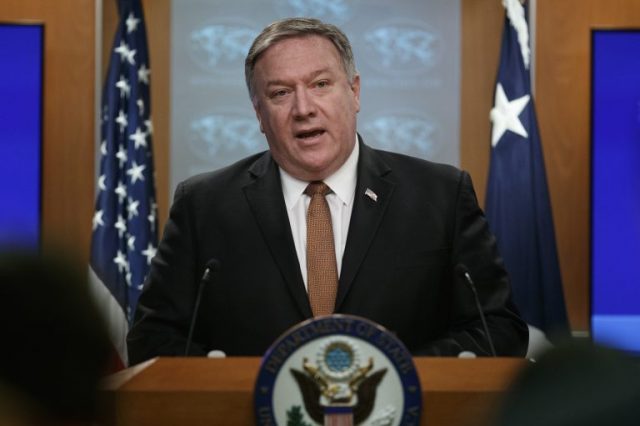 The highlight of the consultations of the US National Security Advisor John Bolton in Moscow on Monday was the announcement of a meeting between Russian President Vladimir Putin and US President Donald Trump in Paris on November 11 on the sidelines of the ceremony marking the centenary of the armistice that ended World War 1. Furthermore, it was mentioned that Putin has been invited to the White House.

A range of other topics came up for discussion but neither Bolton nor the Russian side divulged any details. Putin himself had a 90-minute meeting with Bolton, which means some substantive discussions took place. So, things are improving in US-Russia relations? The answer is yes and no. ‘Yes’ because a meeting at the highest level is always useful, if only for the two leaderships to exchange views and keep tensions under check.

The issue now goes to the UN Security Council with Russia planning to submit a draft resolution in support of preserving the INF Treaty.

On the contrary, US-Russia relations have hit rock bottom. Today, it was disclosed in Moscow that some of the drone attacks on the Russian base at Hmeimim in Syria were operated from the US Poseidon-8 reconnaissance plane. This is unprecedented in the entire history of Cold War — US directly attacking a Russian military base.

Of course, the ‘known unknown’ is the results of the Nov 6 US mid-term elections. Will Trump go into the Paris meeting as a weakened president or not. From present indications, Democrats may fail to get majority in the US Senate. Meanwhile, no sooner than Bolton left Moscow, Russia hit out on the US decision to quit INF Treaty.

Putin told the media on Wednesday: “What is a formal pretext for a possible withdrawal of our partners from the Intermediate-Range Nuclear Forces Treaty? Accusing us of its violation. However, no evidence is offered as usual. Meanwhile, the US has already violated it (by deploying in Romania the Aegis Ashore Missile Defense System)… The ‘stop thief’ principle does not work here. We closely analyze all that is going on in real life.

But we are ready to work with our American partners without going into hysterics. In separate remarks on Wednesday, Russian Deputy Foreign Minister Sergey Ryabkov made it clear that Moscow sees the US game plan clearly: “We see the intentions of certain circles in the US to create a potential that will allow swiftly, in historically compressed timeframe, to create arsenals on the new technological basis that will surpass in their capabilities Pershing II and cruise missiles of the 1980s which were banned by now-dying treaty.”

The answer is yes and no. ‘Yes’ because a meeting at the highest level is always useful, if only for the two leaderships to exchange views and keep tensions under check.

“We see serious risks to our security. We don’t know anything about their concrete plans, where and when they might deploy their new systems. We don’t even know when they will test them. However, there is no doubt that there is movement in this direction and it will undoubtedly require a military-technical response. This represents another spiral of an arms race.”

The Russian experts are playing down Bolton’s visit. The expert opinion seems to be that with Trump’s historic decision on the annulment of INF Treaty, curtain is coming down on the Russia-US strategic partnership in the post-Cold War era and a new phase of relationship based on “mutual strategic containment” is commencing.

Clearly, the US is hoping to achieve military superiority over Russia by vastly expanding its nuclear capability and developing new weapons so as to reach a position where it can dictate to Moscow. But trust Russia to respond with symmetric and non-symmetric moves to ensure that the strategic balance is kept.

Hua added, “In its defense policy, China adheres to the principle of protecting its interests in the field of security. We won’t tolerate blackmail in any form. Once again, we urge the United States to stop going against the flow. It is necessary to think thrice and take action only after that.”

The issue now goes to the UN Security Council with Russia planning to submit a draft resolution in support of preserving the INF Treaty. It may not make any substantive difference, but Moscow is compelling other countries, especially US’ European allies who are directly affected by any new deployments of nuclear missiles targeting them, to react to Trump’s decision.

Previous articleU.S forces limit contact with Afghan forces after death of Gen. Raziq: But why?
Next articleAsia Bibi’s Verdict: How the TLP & the rest are reacting

21 September 2021
Previous articleU.S forces limit contact with Afghan forces after death of Gen. Raziq: But why?
Next articleAsia Bibi’s Verdict: How the TLP & the rest are reacting

US Defense Secretary’s clarification over their Syrian actions

China to allow WHO review on COVID-19 response but after?