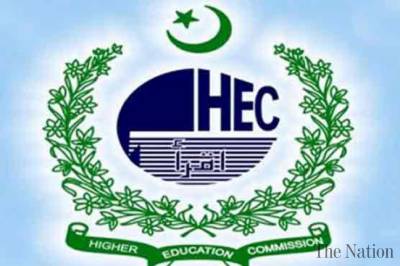 The Punjab Higher Education Department (PHED) appears to be in chaos over a controversial notification which barred 18 universities in the province in different degree programs. The PHED has quashed rumors that said it has withdrawn the notification regarding the stoppage of admissions. PHED, in a notification on Friday, stopped 18 varsities in Punjab to offer admissions in programs that are unapproved and unaccredited. The universities on the list included the University of Management and Technology (UMT), University of Central Punjab (UCP) and Beaconhouse National University (BNU) among others.

On the face of it, the efforts to maintain and improve the quality of degrees offered is important and needful. However, the department has shown panic after the news has spread like fire. Sources in the HED had indicated that the notification is likely to be withdrawn.

The pretext behind the notification was that private universities had either not got approval from the Chancellor or accreditation from regulatory and registration bodies, for example, the Pakistan Engineering Council (PEC).

The Secretary Academics in the HED said, today is the last date for private universities issued with letters to furnish their requests for the accreditation afresh or for the regularization of unapproved faculties/ departments/ programmes and sub-campuses.

On the face of it, the efforts to maintain and improve the quality of degrees offered is important and needed. However, the department has shown panic after the news has spread like fire. Sources in the HED had indicated that the notification is likely to be withdrawn. The news was of great concern to parents and students. The notification has rung alarm bells for not only prospective students of the said universities and programs but also alumni. The latter category is concerned about the veracity of the degrees which were awarded in the past.

Interestingly, the universities on the list include some well-reputed ones which are running the said programs since a long time; those institutions have produced many graduates.

Such a notification being issued in a drastic manner is likely to obfuscate matters for all parties concerned. The PHED’s decision came a week after Education Minister Raza Gilani chaired a meeting with private universities in Punjab.

The varsities were asked to make some changes in their program, which is normal given the constantly changing standards in academic practices. However, there was no talk of stopping admissions thus the varsities were taken by surprise.

Read more: Education: A privilege of the rich

Interestingly, the universities on the list include some well-reputed ones which are running these programs for a long time, and have produced many graduates.

However, barring lack of clarity from the HEC, the step is one taken in the right direction. Substandard degrees go on to affect the lives of students. The money that their parents spend on degrees are wasted if the programs are not ratified; this makes them lose out on career advancement opportunities. Moreover, most importantly, it is difficult to re-acquire those degrees. It is important to ensure that efforts are geared toward inducting quality higher education, since it constitutes an important plank in the nation’s development. However, the air must be cleared by the PHED.

Pakistan: Education can be a strategic investment

The decline of Model United Nations