Aamir Liaqat to play Burhan Wani in his debut film 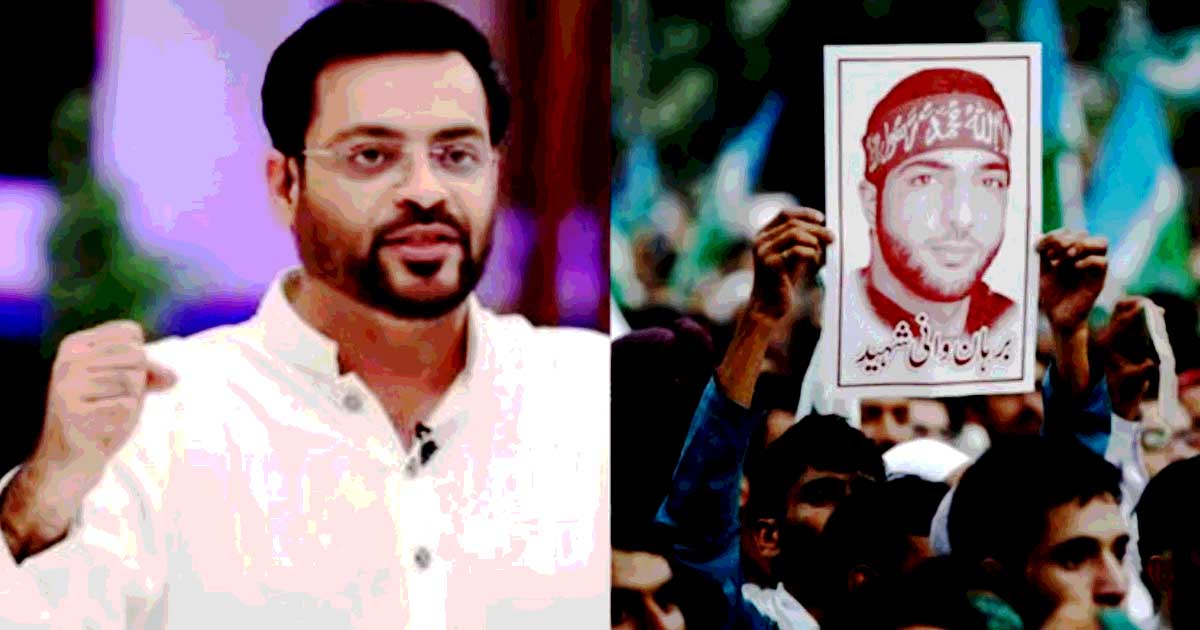 Pakistan Tehreek-I-Insaf’s lawmaker Aamir Liaquat has confirmed that he is set to make his formal entry in the entertainment industry of Pakistan with Ayub Khosa’s film on Kashmir issue.

He will play a martyr Kashmiri freedom fighter Burhan Wani in the movie. While confirming about his film debut, Dr. Aamir said, “The film is on Burhan Wani, I am playing the role of Burhan Wani. I don’t consider myself a hero but Burhan Wani was definitely a hero for the Kashmiri people,” he said.

Khoso announced the film debut of Aamir Liaquat on a private TV channel. “We will make a clean and issue-based movie on the Kashmir cause,” Khosa said.

He also argued that the portrayal of Kashmir in Bollywood films gets international acclaim, however local films on Kashmir hardly get international recognition.

The producer added that there is “no commercial value” of his film. “The production shouldn’t be one showing a Kashmiri fighter and showing him romancing and singing songs and his lover prancing around him. I don’t want that, we’re going to make a clean, Kashmir-based movie,” Khosa said.

The release date of the film is not yet announced but the film is expected to hit the floor soon. Aamir Liaqat’s entry into the entertainment industry is surprising for his followers since a few months back he announced that his second wife, Tuba Amir will be making her debut in the industry.

Read more: Amir Liaquat wants his second wife to be a film star

On the other hand, Aamir Liaqat is set to host the Ramzan transmission this year on state channel PTV global, world, news, and home.

Kashmir: An “integral part” of India, the most militarized zone in the world

The Dead Begin To Speak Up In India