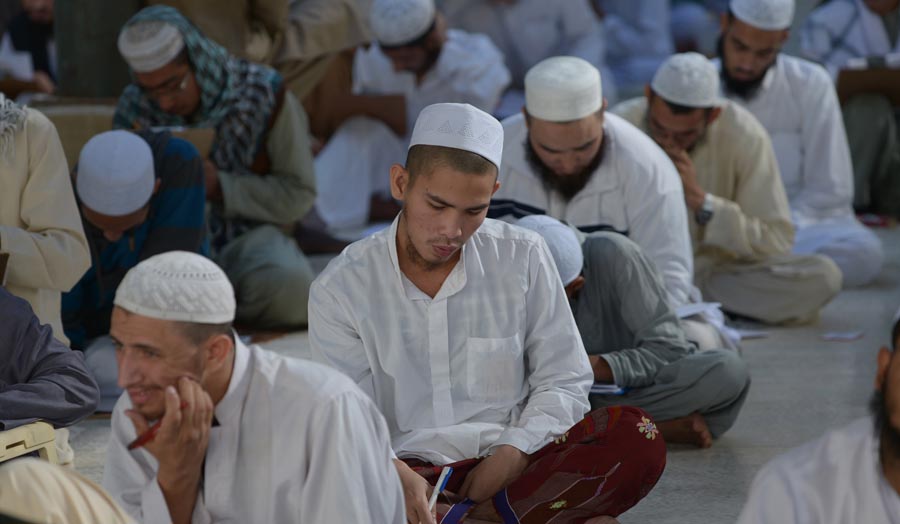 The feisty MNA of the PML-N, Abid Sher Ali in his cavalier fashion tweeted in support of Nawaz Sharif who embarked on his excursion to Lahore yesterday. In a tweet composed in Urdu, he compared Nawaz Sharif with Mahrab and portrayed him as a hero. Initially, it went unnoticed but as soon as people came to grips with the tweet, the Faisalabad-born MNA was taunted much in the same way that he is every day.

#نواز_چور_مچائے_شور
After @AbidSherAli‘s tweet I can say without doubt the Patwaris are the most uneducated ppl on earth. #نا_اہل_کا_جنازہ pic.twitter.com/KwIXT2RUXo
— BiLal HyDer SimAir (@Mr_Bilal_Simair) August 9, 2017

Abid, who has often been jeered at for his lack of know-how was taken to the cleaners by the Twitter fraternity and television anchors. Pointing out his poor knowledge of history, he was asked by Amir Liaquat Hussain to take back his tweet or else get ready to face the music.

Mahrab was a Jewish chieftain in the formidable fort of Khyber. The Holy Prophet(PBUH) adorned Hazrat Ali to eliminate him, something which he did with one stroke of his sword, Zulfiqar. The tweet which has now been deleted appeared to have been done out of sheer lack of knowledge.

The 45-year old is known for his profane remarks and theatrics directed at Imran Khan and Sheikh Rasheed. Over the years, he has made some below the belt comments; many a time he has taken up brawls on live television shows.

Abid could have invoked the wrath of many. In a way, this tweet could be considered blasphemous with significant sectarian undertones, a slip-up which could have landed the 45-year old in deep trouble.

Read more: An open letter to a lackey!

Former prime minister Nawaz Sharif has a huge support base in the general public and more importantly within his party. His party members, federal ministers, and workers defend him day-in day-out by all means. The flamboyant Abid Sher Ali of the PML-N staunchly supports his deposed leader be it in the Assembly or outside the courts or on the famous social media conduit, Twitter. The 45-year old is known for his profane remarks and theatrics directed at Imran Khan and Sheikh Rasheed. Over the years, he has made some below the belt comments; many a time he has taken up brawls on live television shows.

Defending at all costs

Irresponsible and callous behavior on part of ministers and representatives of the government is a severe indictment and perhaps a vindication of Sharif’s opponents. In a bid to depict tainted personalities as heroes, Abid and others have on many occasions crossed the line. The culture of political patronage has dented the health of democracy in the country.

Many analysts have suggested that Nawaz Sharif’s downfall is a result of jingoism of his clique which tells him that all is well. Critics have attributed this behavior to the benefits which the Sharif family dishes out to their close supporters. Imran Khan has often talked about the fact that there is no meritocracy in the government and the PML-N.

Read more: The psychology behind defending the Sharifs

It is reasonable to expect such diatribes on social media in the days to come as the deposed premier tries to wrest back his dwindling legitimacy.All this highlights the fact that the country political culture has to change by leaps and bounds.

Was Howdy Modi Really a Success? Some Indian Thinkers Disagree