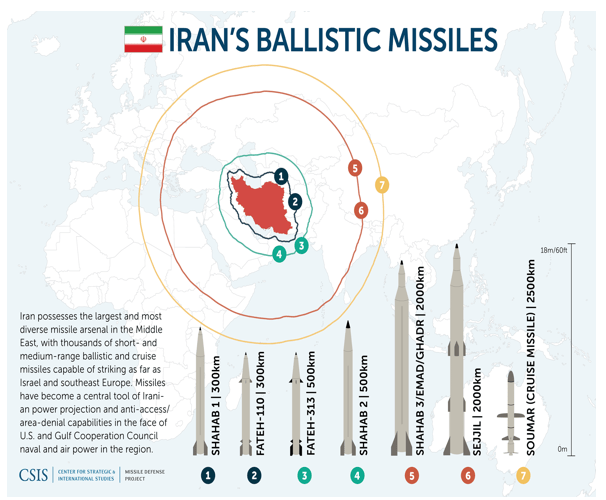 For over the past hundred years, West Asia has been the theater of conflicts and proxies. Most countries in the conflict did so due to history, dynasties, and religion that attract attracted invasions from North Africans, Romans, Byzantines, Persians, Turks, French, Germans, and Anglo-US forces. Since the 1930s, petrodollars have provided the impetus.

Nothing is more amusing and weirder. Yemen, a country under armed assault by KSA has cut off diplomatic ties with Qatar through an exile in Saudi patronage. Yemen, the starting point, puts the roots of acrimony between Qatar, Turkey, and Iran with KSA, Egypt and the rest in historical and geopolitical context. Yemen, unlike Syria, is more transparent and one can discern who is who.

The Shia Iranians will never forget the massacre and destruction of Karbala in 1802 at the hands of Saudis.

The containment of Eurasia was never the real theater of conflict. The notion of the Middle East was introduced by the American strategist Admiral Mahan eyeing Central Asia in the Great Game. He advocated the importance of the Persian Gulf to check Russians. This later became Brzezinski’s Integrated Euro-Asian Geo-Strategy called the Southern Front. Religion, money, proxies, and terrorism are instruments of policy.

USA and UK relentlessly pursue dominance for over a century with petrol dollar, kingdoms, Israel, and Egypt. Destruction of Libya, Iraq, Syria, and Yemen supported by countries of CCG, UK and France, and Sissi’s military Coup are all part of this sustained conflict. The only resistance is forces of Pan-Islamism (Muslim Brotherhood and its namesakes like Jamaat-e-Islami and Hamas), Turkey, and Iran.

Pan-Islamism supported the Ottoman Caliphate and reached out to Shia Iran. An Ottoman invasion in 1818 through Yemen brought down the first Saudi kingdom to be resurrected post-WWI by the British and Americans. Turks remember that North Yemen inherited the Ottoman Empire and also the tragic destruction of the holy sites constructed by them in Mecca and Medina. The Shia Iranians will never forget the massacre and destruction of Karbala in 1802 at the hands of Saudis.

Given Turkish and Russian influence over the recently discovered oil and gas fields of Syria, the entire balance would shift.

As predicted, it is the interplay of Persian-Turk and Saudi rivalries that provide space and cause for the Anglo-US Integrated Euro-Asian Geo-Strategy. KSA and Israel emboldened President Trump to cross a red line President Obama resisted. This dared KSA to challenge Qatar, that shares an economically rich oil zone with Iran, an idea afoot for a long time.

Egypt, the heir apparent of a great civilization remembers the beating it got from Yemen from 1962 to 1970, compelling an Israeli historian Michael Oren to comment that the disastrous Egyptian adventure in Yemen could easily be compared to America in Vietnam. Saudi sponsored President Sissi sees an opportunity to be in league with North African Muslim conquerors.

These explanations help one understand why Iran has become the enemy and why Turkey is ready to give all out support to Qatar in this tiff with KSA. Enter Russia and the world could see a new shift in the Southern Front with Qatar’s sea lines of communications becoming overland through Turkey, Iran, and Pakistan. Given Turkish and Russian influence over the recently discovered oil and gas fields of Syria, the entire balance would shift. Israel enviously watches over this Syrian corridor and therefore its warmth with KSA and the other kingdoms. Qatar is the crucial link.

Cognisant of its wealth to population ratio, Qatar was always vulnerable to shifting geographies. The United States and Qatar have a Defense Cooperation Agreement since 1992. Qatar has also acted as a bridge between the USA and Afghan Taliban (who oppose ISIS). ISIS is a brainchild of Southern Front to counter diverse strains of Muslim Brotherhood that include Al Qaeda, Hamas, Al Nusra Front and maybe also Afghan Taliban.

Armed with verifiable intelligence gathered over many years and weary that ‘Arab Springs’ sponsored by the Coalition of the Southern Front could knock its doors, Qatar in chagrin to its Arab neighbors, is becoming a nursery of political reforms within its own system. It became a welfare state and eased restrictions on women. Simultaneously, Qatar strengthened the US security umbrella at Al Udeid military base.

“Punishing Qatar and isolating Iran also fit with the Israeli government’s assessment of its strategic interests, as it confronts Hezbollah forces to its north and Hamas in Gaza on its south-western border.”
– The New York Times

It now stations US coalition’s Combined Air Operations Center (Air arm of CENTCOM), a sophisticated facility that monitors airspace in Iraq, Syria, and Afghanistan. Qatar was always weary of the narrow sense of Wahabism and its proxies within. This led to espousing Pan-Islamism, Iran, and Turkey.

Qatar acted as a bridge in the US diplomatic thaw with Iran led by Chuck Hegel and John Kerry. According to New York Times, “Qatar took a lead from the Obama doctrine of engagement with Iran, which led to the nuclear deal concluded in 2015. This diplomatic alignment and the presence of the strategically important air base meant that Doha enjoyed a measure of American protection as it pursued its own regional agenda… Punishing Qatar and isolating Iran also fit with the Israeli government’s assessment of its strategic interests, as it confronts Hezbollah forces to its north and Hamas in Gaza on its south-western border.”

In May, Qatar reacted vehemently to fake news attributed to its Emir regarding Israel and Iran but could not prevent the blocking of Al Jazeera Network and Qatari media by KSA. The situation became graver when Al Jazeera reported hacked emails of Emirati Ambassador Yousef Al-Otaiba revealing a sustained campaign to tarnish Qatar’s image. These emails revealed UAE interactions with a pro-Israel, neoconservative think-tank, the Foundation for Defense of Democracies (FDD) jointly funded by pro-Israel billionaire Sheldon Adelson and UAE.

In the recently concluded Trump visit to Riyadh, Qatar in private meetings reflected its threat perceptions. But Trump like the US envoy to Iraq sent confused signals. Saudis too eager to act reckoned that the tilt was favorable.

For KSA, Qatar crossed the redline when the Qatari Emir Tamim bin Hamad Al Thani felicitated the Iranian President Hasan Rouhani on his re-election. This was taken as a rebuttal of Saudi plans and a call to conflict.

New York Times writes that “Qatar is being penalized for refusing to accept the status quo of the past 40 years and for daring to challenge the conventional wisdom in the gulf that bashing Tehran, buttressing military strongmen and suppressing political Islamism are the right path for the region. But the status quo that began in 1938 became stronger post-1973 with petrodollars and destruction of all non-compliant countries around KSA.”

Pakistan and the Gulf crisis

Pakistan has also played its underlying role through the crises. It was part of Baghdad Pact/CENTO. From 1952-70 it provided military assistance to Egyptian royals in Yemen against Egypt. Later, its forces ruthlessly eliminated the Palestinian resistance in Jordon. Pakistani storm troops were also involved when Saudi dissidents had briefly occupied Al Kaaba Al Musharraf.

Pakistani volunteer pilots were the only ones who flew successful air missions against Israel in 1973. Through the 80s to 90s, Pakistan had military contingents deployed in KSA for the protection of holy places and the house of Saud but remained neutral in first Iraq war. Pakistan has a rather opaque defense agreement with KSA.

It is doubtful if Pakistan will display the same muscle as Qatar and Turkey. Pakistan has vulnerabilities of poor leadership, a non-performing foreign policy, and too much economic reliance on the Middle East.

Pakistan also has a very large workforce in the region making significant contributions to its forex reserves. A Pakistani retired General unceremoniously heads the IMFAT, the Saudi coalition, now Iran-specific. As an educated guess, the planning and control of this force have already passed on to Israel and USA.

Read more: Neutrality not an option: Pakistan to choose between Qatar or Saudi Arabia

It is doubtful if Pakistan will display the same muscle as Qatar and Turkey. Pakistan has vulnerabilities of poor leadership, a non-performing foreign policy, and too much economic reliance on the Middle East. In this game of the neo-Southern front, Pakistan has few options. But prudence suggests that Pakistan must take a neutral course in the Middle East and an assertive one in the region. Gaining time will open more options related to BRI, CPEC, and OBOR. Pakistan’s relations with China, Iran, and Turkey will be crucial.

Samson Simon Sharaf is a retired Brigadier and Political Economist. This article was first published in The Nation and is republished with the permission of the author. The views expressed in this article are the author’s own and do not necessarily reflect Global Village Space’s editorial policy.

Previous articlePML-N’s ‘interesting’ rule: Have the 2018 elections already been lost?
Next articlePolitical elites of Pakistan: Promoting or subverting democracy?

23 July 2021
Previous articlePML-N’s ‘interesting’ rule: Have the 2018 elections already been lost?
Next articlePolitical elites of Pakistan: Promoting or subverting democracy?