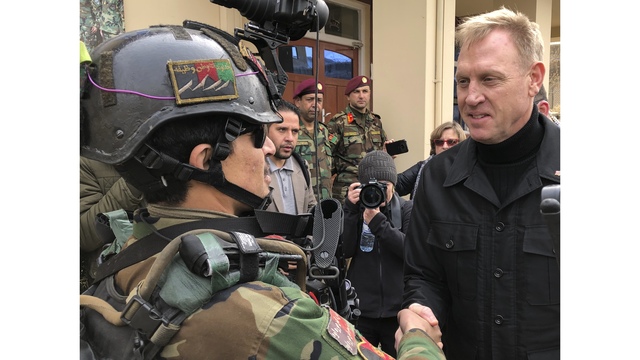 In Washington, the silence is deafening.

Ever since U.S. combat forces left Afghanistan at the end of 2014, relatively little has been heard about America’s longest war. It doesn’t often come up in policy discussions. Elected officials don’t say much about it. Even the think-tank circuit doesn’t cover it very much. And it was invisible on the presidential campaign trail.

It’s as if a fifteen-year-old war that still involves more than eight thousand American troops and claims American lives has simply been forgotten.

Worsening war that is being overlooked in USA

And yet this war is bound to worsen. Witness the alarming facts of recent months about Afghanistan’s deteriorating security situation: the Taliban controls more territory than at any time since 2001, civilian casualty figures are the highest they’ve been since these figures were first tracked in 2009, and fatality rates for Afghan soldiers and troops are soaring.

The war could soon reach a dangerous inflection point—but few are paying it any mind.

With such little attention focused on Afghanistan, it’s no surprise the country’s serious political problems get overlooked—and particularly its fragile national unity government (NUG). And yet these political challenges exacerbate an already dire security situation.

read more: All Regional players invited to Moscow to discuss peace in Afghanistan

The NUG, comprising President Ashraf Ghani and Chief Executive Abdullah Abdullah, is the result of an agreement brokered by Secretary of State John Kerry in 2014 to resolve an election crisis. Unfortunately, it’s united only in name. Ghani and Abdullah, who faced each other in the 2014 election, have frequently sparred. Ghani’s attempts to centralize power have upset Abdullah, who has good reason to be aggrieved. He lost Afghanistan’s 2009 election amid fraud allegations, and he failed to win the 2014 election amid more fraud allegations and instead ended up as the junior partner in a unity government.

Ghani’s attempts to centralize power have upset Abdullah, who has good reason to be aggrieved losing two elections under fraud allegations

In recent months, tensions have spilled into the open. Last summer, Abdullah publicly accused Ghani of stalling reforms and not meeting with him for three months. He asked the president: “What does your highness spend your time on?”

Another challenge for the NUG has been legitimacy. The NUG’s founding agreement featured a key stipulation: Electoral reforms, parliamentary elections, and changes to the constitution to enable Abdullah to take on the role of prime minister had to take place by September 2016. As the deadline approached and it became clear that the government would not meet it, the NUG became susceptible to accusations that it would no longer be legitimate if it didn’t fulfill the mandate of its founding agreement.

To its credit, the NUG rode out the storm, perhaps in part because both Kerry and later Abdullah affirmed that the NUG has a five-year term—the duration of an elected government in Afghanistan—and that it wouldn’t expire once the deadline passed. Additionally, progress with reforms—illustrated, for example, by a new electoral law—is being made.

Still, the NUG remains a powder keg in a country that can ill afford instability at the heart of its governing structure. In the coming months, three powerful Afghan politicians could test the country’s precarious power-sharing arrangement.

Hekmatyar re-arrival on the political scene

Gulbuddin Hekmatyar, a former warlord and leader of the Hezb-e-Islami insurgent group, recently signed a peace deal with Kabul. The Afghan government has publicly welcomed the move. However, Hekmatyar fought against Abdullah’s Northern Alliance movement during the Afghan civil war in the 1990s, has harbored ties to Al Qaeda and even aligned himself with ISIS. He also enjoys close ties to Pakistan, Kabul’s bitter rival. While Hezb-e-Islami has ties to the NUG (one of Abdullah’s top aides has been affiliated with the group), Hekmatyar’s past dangerous liaisons and rivalry with Abdullah highlight the possibility for trouble.

Ghani is Pashtun. Abdullah has mixed ethnicity, but derives much of his support from Tajiks.

Atta Muhammad Noor, the governor of northern Balkh Province, has begun negotiations to join the government in some undetermined capacity. Noor, however, has clashed with Ghani (who dismissed him as governor in 2014, though Noor refused to comply) and has been a sharp NUG critic. If negotiations are successful, Abdullah could gain a key new supporter within the NUG—or find himself sidelined by a power-hungry competitor.

Dostum under allegations of sexual and torture crimes

Abdul Rashid Dostum is Ghani’s first vice president. In December, a former Afghan governor accused Dostum, a notoriously brutal former warlord, of abducting and torturing him the previous month. The NUG faces a catch-22: If it conducts a full investigation, as Kabul has pledged to do, it risks an angry and violent response from Dostum’s supporters. And yet, if Kabul holds back and Dostum remains in power, this could draw the opprobrium of an international community on which Kabul depends heavily for economic support. Additionally, if Dostum stays in power and Noor ends up joining the NUG, the government could face a fresh challenge: the two former warlords are old rivals.

read more: How bacha bazi has still not ended in Afghanistan?

All of this could cause more instability within the government, but also aggravate Afghanistan’s ethnic divides—which are sharply reflected in the NUG. Ghani is Pashtun. Abdullah has mixed ethnicity, but derives much of his support from Tajiks.

Research has found that a majority of the positions in the President’s Office of Administrative Affairs have been held by Pashtuns, that Tajiks are strongly represented in the CEO’s office, and that other top NUG officials have mainly hired aides from their own ethnic groups. Hekmatyar is Pashtun, Noor is Tajik and Dostum is Uzbek.

Ethnic tensions have flared in recent months. Last summer, supporters of a long-deceased Tajik king moved his burial site to a Kabul hilltop that happens to be a revered site for Uzbeks, sparking an armed standoff. Last May, Afghan authorities redirected an electricity connectivity project away from a region populated by ethnic Hazaras, a vulnerable Shia Muslim community. Protests ensued, and Hazaras and Pashtuns clashed on social media.

Meanwhile, ISIS, perhaps seeking to capitalize on these cleavages and stoke sectarian strife in a country that in recent years has largely been spared from the sectarian violence that convulsed it in the 1990s, claimed several attacks on Shias in 2016.

If the NUG’s political struggles continue to play out along ethnic lines, Afghanistan’s fissures could deepen—raising the prospect of mass protests pitting different ethnic groups against each other and ethnic fragmentation within the armed forces.

These governance incapacities have deleterious implications for security, and positive implications for the Taliban. In effect, the NUG’s problems can translate to recruitment bonanzas and propaganda coups for the Taliban. The optics of Kabul’s dysfunction strengthen the Taliban narrative of government illegitimacy and corruption (Afghanistan ranks 169th out of 176 nations in the 2016 Transparency International Corruption Perceptions Index).

President Donald Trump, needs to develop a plan, and fast. It should focus on troop levels, also on a diplomatic strategy emphasizing robust engagement with Kabul to help keep the NUG afloat.

Additionally, government dysfunction is an obstacle to successful counterinsurgency operations. An important lesson from Iraq is that tactical battlefield successes are meaningless without a corresponding political strategy.

When it comes to the “clear, hold and build” strategy, the security-focused clearing and holding is the easy part. Without a workable governing capacity, it’s impossible to do the building. In Iraq, the rise of ISIS and its initial battlefield gains can be attributed in part to the deterioration of the Iraqi government.

President Donald Trump, who has so far said little about Afghanistan, needs to develop a plan, and fast. It should focus not only on troop levels and other security considerations, but also on a diplomatic strategy emphasizing robust engagement with Kabul to help keep the NUG afloat. Secretary of State Rex Tillerson may not be cut out to carry out the Afghanistan shuttle diplomacy of his predecessor, but Defense Secretary James Mattis, who knows Afghanistan well, most certainly is.

The stakes are high. Afghanistan’s downward spiral threatens to reverse its gains from recent years, from girls’ education to the consolidation of national institutions.

read more:The plague of violence against women is on rise in Afghanistan…

In a worst-case scenario, the security situation could become so dire that Al Qaeda—which, contrary to oft-repeated claims, has not gone away in Afghanistan—could reconstitute its safe havens in Afghanistan and start planning fresh attacks on America.

In other words, history could repeat itself. And then everyone in Washington would be talking about Afghanistan—for all the wrong reasons.

Michael Kugelman is deputy director and senior South Asia associate with the Asia Program at the Woodrow Wilson International Center for Scholars. He can be reached on Twitter @michaelkugelman. Alex Stark is a PhD candidate in political science at Georgetown University. She is on Twitter @Alexmstark.This article was first published in the National Interest. It has been reprinted with permission.

News Desk - 7 May 2021
The law ministry has finalized a summary for the establishment of special courts that would conclude the trial of the accused in rape cases...

Karzai blames the US for ISIS’s inception and proliferation

US soldier killed in action in Afghanistan