Addressing the media in Multan, Shah Mahmood Qureshi noted that the Afghan Taliban and Afghan government have put aside their reservations and shown willingness for an intra-Afghan dialogue. He stressed that Pakistan seeks a political settlement in Afghanistan to usher in regional peace and stability. 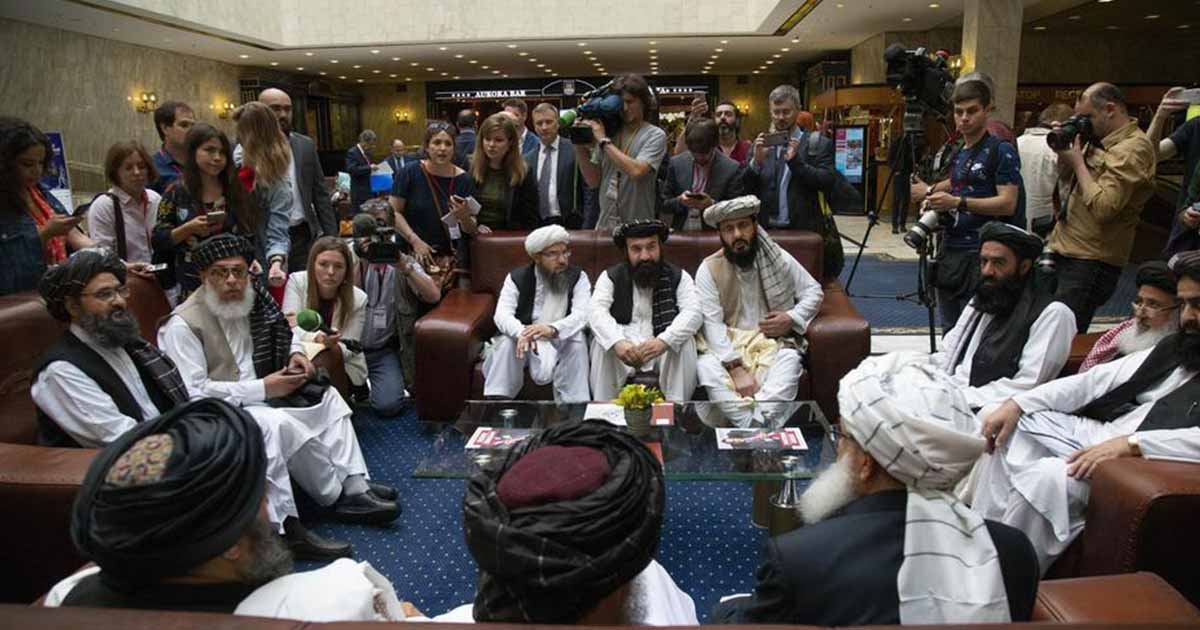 Foreign Minister Shah Mahmood Qureshi, on Sunday, announced that the Taliban are ready for an intra-Afghan dialogue and political negotiations, and Pakistan is facilitating a political settlement to bring an end to the 19-year-old war in Afghanistan.

Addressing the media in Multan, Foreign Minister Qureshi noted that earlier, the Afghan President Ashraf Ghani had some reservations over direct negotiations with the Taliban and the Kabul-led government. However, Prime Minister Imran Khan addressed Ashraf Ghani’s apprehensions and took him into confidence over the matter.

Foreign Minister Qureshi stated, “The Afghan Taliban have showed willingness to engage in direct talks with the Afghan government. However, there are some forces that do not want peace and stability in the region, and for their own vested agendas, they seek chaos and disturbance.”

He noted that Islamabad has urged the US administration to unveil these forces that seek to sabotage the peace process. He commented, “Peace in Afghanistan is instrumental for peace in Pakistan.”

The Foreign Minister noted that Prime Minister Imran Khan’s successful visit to the US has ushered in a new wave in the US-Pakistan relations, and the achievements reaped during this visit have already begun to show.

Responding to a question on the possibility of a dialogue between the Afghan Taliban and the Kabul-led government, FM Qureshi noted, “Prime Minister Imran Khan expressed his desire to mediate, however, Ashraf Ghani and the Afghan government raised some reservations as they misunderstood the premier’s vision. Upon his visit, we explained Pakistan’s agenda and vision and took Mr. Ghani into confidence.”

Qureshi underscored that now that the Afghan government and President Ghani have expressed their willingness, Pakistan is set to extend an invitation to the Taliban to facilitate an intra-Afghan dialogue. “We seek a dialogue between the various political stakeholders of Afghanistan, so the country can reach a political solution.”

FM Qureshi explained that Prime Minister Imran Khan is the only regional politician who has “credibility” amongst the Afghan Taliban and other political stakeholders, primarily because of his persistent stance that there is “no military solution” to end the conflict in Afghanistan. He stressed that Imran Khan has always supported dialogue as a means to establish peace and stability, and Pakistan is committed to the peace process to welcome peace and stability.

FM Qureshi mentioned, “We are committed to ensure that an intra-Afghan dialogue is held soon as Pakistan wants to move forward and benefit from the development of peace and stability across the region.”

The Foreign Minister noted that Prime Minister Imran Khan’s successful visit to the US has ushered in a new wave in the US-Pakistan relations, and the achievements reaped during this visit have already begun to show.

Qureshi commented, “The international community has witnessed a marked betterment in the US-Pakistan relations during the last 11 months, and we observed a shift in the attitude and vision of Washington. We did not visit the United States with the agenda of begging for funds, but rather, we have unveiled the enemies of peace for the US and the international community to see.”

The foreign policy of the PTI-led government, Shah Mahmood Qureshi noted that under the leadership of Prime Minister Imran Khan, Pakistan has garnered respect and dignity throughout the international community.

The Foreign Minister noted that earlier, the blame for the chaos and conflict in Afghanistan was earlier levelled upon Pakistan. But the careful maneuvering and advocacy of the foreign policy has ensured that Pakistan’s stance and role in Afghanistan is evident for all to see.

He noted that for the longest time, Prime Minister Imran Khan has been the advocate for a peaceful political solution to the Afghan conflict, and today, his stance is supported by major powers, including the US, China, European Union, Russia and the Muslim world.

Noting that there are certain forces that seek to destabilize Pakistan and Afghanistan, Shah Mahmood Qureshi noted, “We will soon unveil these forces that seek instability.” The Foreign Minister noted that the leadership of Pakistan requires the support of the nation to undermine the prevailing security situation.

He remarked, “The Pakistan Army is the strongest army in the world. Yesterday, 10 soldiers laid down their lives to keep us safe, and we pay tribute to their bravery. The uncountable sacrifices and vigilant measures taken by our army have led to peace across North Waziristan and other parts of the country. The writ of the state has been restored, and the ongoing developmental projects will ensure a speedy return to normalcy.”

Commending the foreign policy of the PTI-led government, Shah Mahmood Qureshi noted that under the leadership of Prime Minister Imran Khan, Pakistan has garnered respect and dignity throughout the international community.