Afghanistan is on the verge of peace as the US and Taliban forces claim to have met at a point during their meet in Doha. What implications will the US forces' withdrawal have on the region? Will Taliban continue to observe ceasefire? 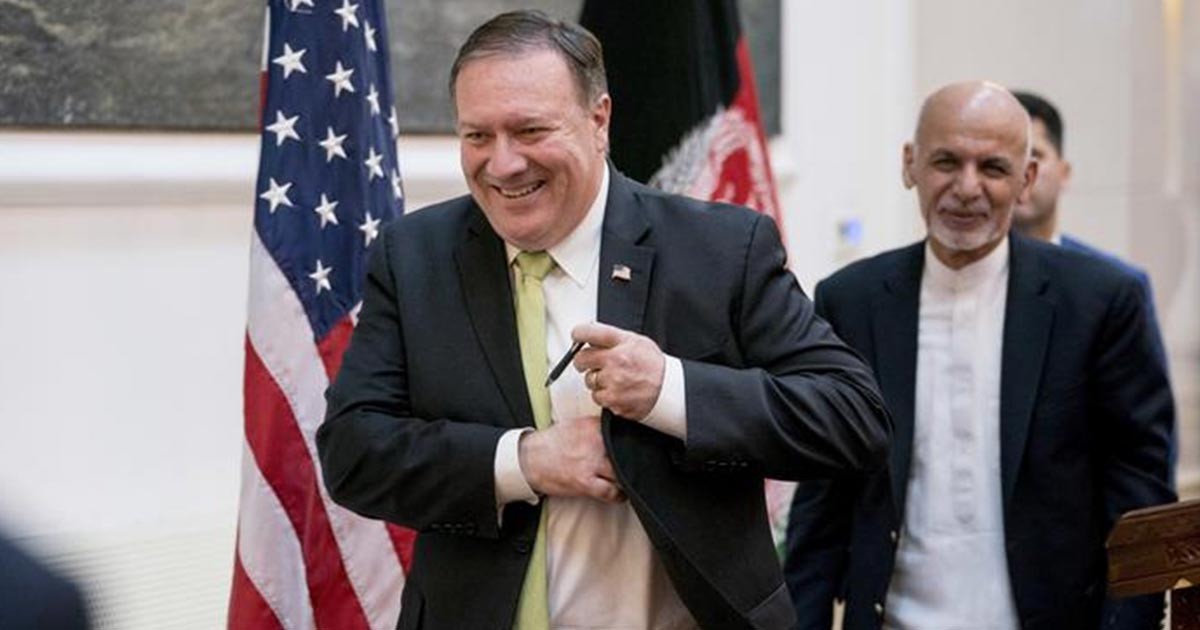 All indications are that the United States and Taliban are on the verge of concluding a peace deal in Afghanistan. The US Secretary of State Mike Pompeo called the Afghan President Ashraf Ghani on Tuesday, informing him that significant progress had been made in the ongoing talks between the two sides in Doha, Qatar. This has also been independently verified by Taliban representatives who have confirmed that the insurgent group has agreed to substantially reduce attacks on the government and foreign forces in the war-ravaged country.

For a host of reasons, the Taliban would not agree to a prolonged ceasefire since an extended interruption in their attacks could adversely impact the motivation of the movement’s field cadres. That could result in a split in the Taliban ranks.

The US internal political landscape provides a conducive environment for reconciliation. President Donald Trump has emerged victorious from his impeachment trial and is now focused on a long election campaign

Perhaps the only remaining obstacle to a peace deal is the reluctance of some senior Taliban leaders to go along with the proposed agreement, though efforts are being made to bring them on board as well. By all indications, it seems that soon there will be a consensus on the main points of the deal.

This is good news.

The US internal political landscape provides a conducive environment for reconciliation. President Donald Trump has emerged victorious from his impeachment trial and is now focused on a long election campaign. Reconciliation in Afghanistan and bringing US troops back home can surely be projected as a major accomplishment by his administration. Ending a long war will be viewed as a vital contribution, something that most Americans will see with great delight.

That said, formidable challenges will continue to persist. The agreement that will be signed with Taliban leaders will mandate the US to begin the withdrawal of its forces within a specified time frame. In return, the Taliban will guarantee that no external militant outfit will be allowed to operate in the country or target other states. This is not really a crucial point in the process since the group has never accepted the fact that it has been working in concert with or facilitating the activities of militants who target or attack other countries.

Soon after the signing of the deal, attention will be focused on the intra-Afghan dialogue. The composition of the teams participating in the process, the scope of its deliberations, and the goals to be achieved will immediately become relevant issues. The Taliban are not likely to accept the legality or constitutionality of the regime in Kabul. The Afghan government would not give in easily on its identity as an elected administration that came into power after an electoral contest that was held under the country’s constitution.

The US clout and preeminence in Afghanistan’s security and economic sectors would obligate it to play a decisive role in the intra-Afghan negotiations. Perhaps the only way to break the impasse would be to hold a Loya Jirga or Grand Assembly in consultation with all stakeholders, including the Taliban. The Loya Jirga would be entrusted with the task of formulating a framework for an interim government. All parties would be bound to accept its decision.

The Jirga would adjudicate issues like the composition of the interim government, its mandate, and duration, etc.

One thing is clear: In the event of the Taliban coming into power in a multi-ethnic dispensation, the movement will entirely focus on the rehabilitation and reconstruction of the war-torn country

There is no alternative at this stage that could, on the one hand, mainstream the Taliban and, on the other, ensure the government’s continuity to avoid catastrophic infighting leading to wider instability and chaos in the country.

In order to create an enabling environment for the US to pull out its troops, the Taliban have, according to reports, agreed to allow the US to keep a few military bases for a short duration of time. Whether the Taliban would require tangible guarantees for these bases to be vacated within the agreed time frame is not clear.

But reports indicate that the group would continue to maintain normal relations with Washington just as its leaders are developing close ties with Russia. The US has full knowledge of the Taliban establishing relations with Russia, China, and Iran. All of these three countries are convinced that Daesh, a brutal outfit that has killed thousands in Afghanistan, can only be defeated with the Taliban in government. And Daesh is a threat to the peace and stability of all these states.

The long term scenario cannot be predicted because regional and international political situations change. But one thing is clear: In the event of the Taliban coming into power in a multi-ethnic dispensation, the movement will entirely focus on the rehabilitation and reconstruction of the war-torn country. For that to happen, it will seek support and cooperation of not only the US but also regional countries like Pakistan, Iran, China, Russia, and India, besides many others.

Rustam Shah Mohmand is a specialist in FATA and refugee affairs. He has served as the former Chief Secretary of KP, Pakistan’s Ambassador to Afghanistan and Commissioner for Afghan Refugees. Mohmand is currently a member of Pakistan Tehreek-e-Insaf and a member of the Pakhtunkhwa Advisory Committee which advises the provincial government on development and planning.