Coronavirus is a threat to all of humanity, but communities most at risk are those where there is illiteracy, poverty and the absence or lack of administrative institutions. There are hundreds of thousands of internally displaced people within the country. There is grinding poverty, an awful lack of basic hygiene and sanitation in the bulk of the population. 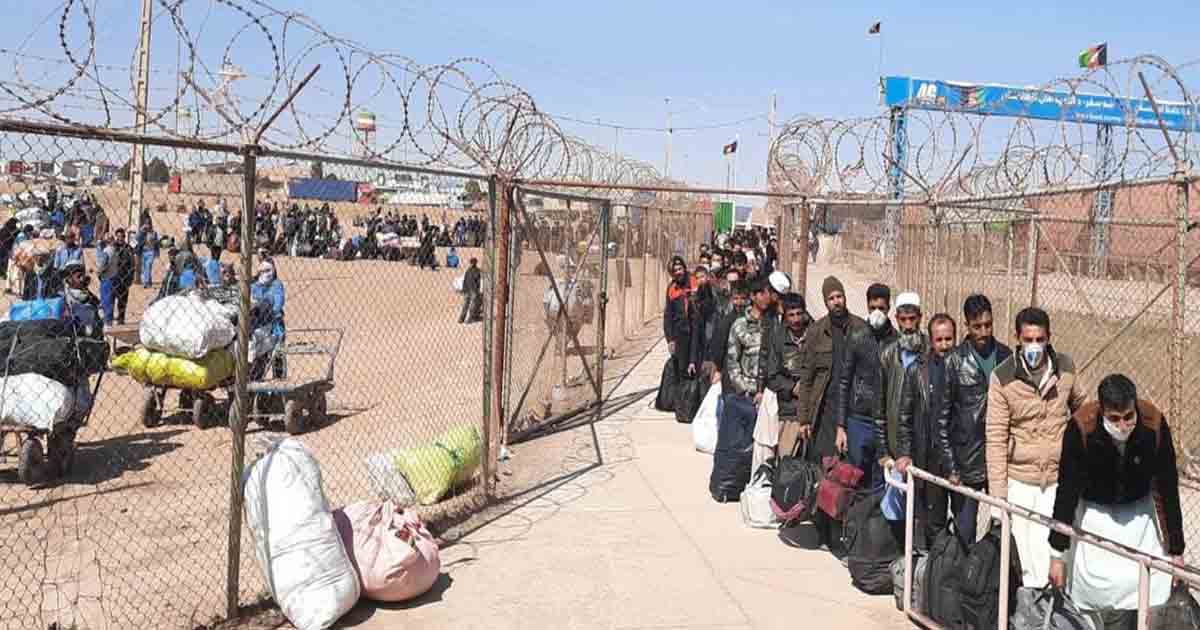 Coronavirus is a threat to all of humanity, but communities most at risk are those where there is illiteracy, poverty and the absence or lack of administrative institutions. A large number of displaced people all over the world face the daunting prospect of being overtaken by the pandemic, and the consequences of that happening would be too dreadful to contemplate or assess.

Afghanistan faces a crisis that could get out of control if the international community does not coordinate its efforts and resources with the Kabul government to prevent the uncontrollable spread of coronavirus. There are hundreds of thousands of internally displaced people within the country. There is grinding poverty, an awful lack of basic hygiene and sanitation in the bulk of the population.

The health delivery infrastructure is fragile and grossly inadequate in terms of both resources and staff. And then, there is the unending conflict in a country with nearly 30 million impoverished people. Unemployment is more than 45 percent and over two million people are heroin addicts.

Afghanistan needs urgent international support both in terms of technology, resources, manpower and monitoring. Without such support coming in quickly, the spread of the disease will assume ominous proportions and cause untold suffering

This provides a conducive and lethal environment for epidemics to take root and spread. But the immediate cause is the arrival of 130,000 Afghan migrants from Iran, where the virus and death toll has been raging. These refugees crossed over either because of the fear of the spreading coronavirus or because of the loss of jobs caused by the deteriorating economy that in turn has been caused by US sanctions on Iran.

Many of those returning from Iran are suspected to have been infected with Covid-19. These returnees are not confined to one province or area, and most have reached their homes in Kabul, Baghlan, Balkh, Fariab, Badghis and of course, the bordering province of Herat.

Taking advantage of an open border, the migrant workers have crossed into Afghanistan with little difficulty and without being quarantined for medical care. Some have been detained and are being kept in centres where they are being monitored for the pandemic.

Read more: How does the pandemic provide opportunity to speed up Afghan peace process?

More migrant workers may soon be coming, aggravating an already precarious situation. The Afghan health ministry has announced that about 16 million could be at risk of being infected if the virus spreads to all parts of the country. And spread it will, if not checked by instituting more stringent measures like controlling the movement of people, preventing congregations, assemblies and by a massive campaign of public awareness.

The country now faces the stark prospects of being overwhelmed by the epidemic. If the warnings of the Afghan health ministry are heeded and forceful, and quick actions are taken, the gravity of the looming disaster could be somewhat diminished. But among a lack of systems and a lack of government control, it is not possible to deal with the menace of a virus that recognizes no boundaries and no age groups.

Afghanistan needs urgent international support both in terms of technology, resources, manpower and monitoring. Without such support coming in quickly, the spread of the disease will assume ominous proportions and cause untold suffering. That could also pose serious problems for Pakistan’s border areas. Although the border is being fenced, loopholes will be exploited by the tribes living on both sides.

In case of the epidemic spreading, the already grave security environment could get worse. The government could lose control rapidly as the insurgency takes advantage of a situation that is as bad as anarchy.

The plague, uncontrolled, could penetrate into Central Asia and cause more widespread devastation. While those watching will hold their breath, the government, UN, NGOs and other organizations must design a response by mobilizing all possible resources, collecting data, controlling movements, preventing the assembly of people, carrying out tests and disinfecting localities as well as the population.

In the meantime, hostilities must seize and a general ceasefire must be observed to allow health workers and others to identify those with the virus and put them in quarantine. There will be a need to procure more protective kits for doctors and nurses as well as equipment for testing as large a number of people as possible. All this has to be done on a war footing if the impending danger to the lives of millions of people is to be avoided.