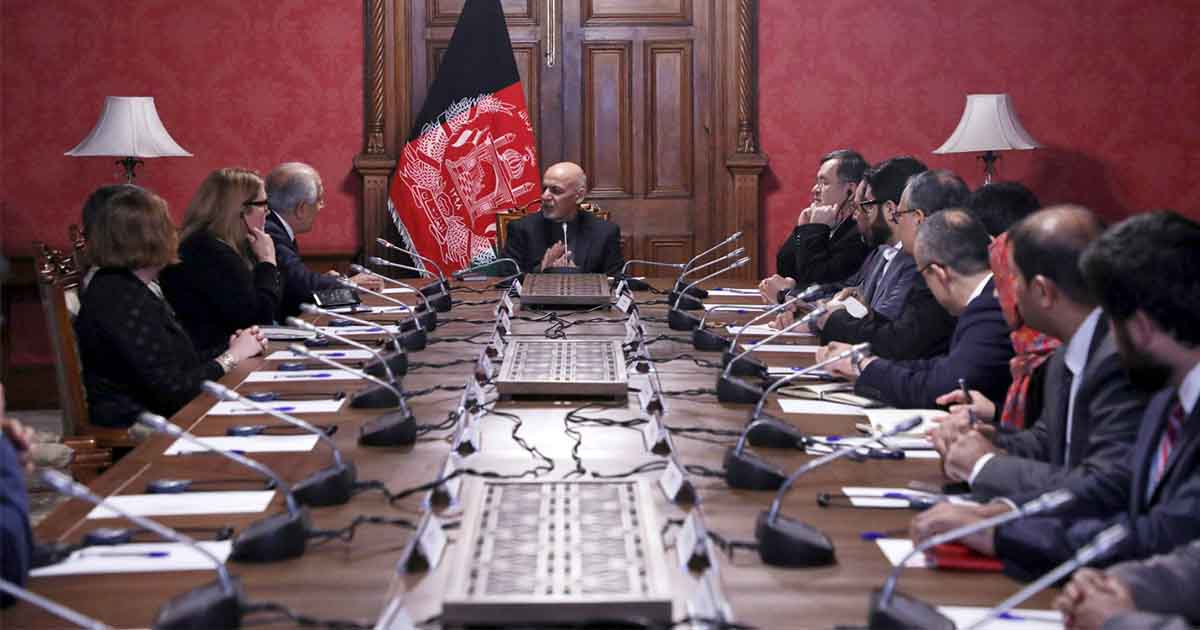 Afghanistan on Monday will convene a rare “loya jirga” — a massive meeting for delegates from across the country to discuss the war and US efforts to forge a peace deal with the Taliban.

More than 2,000 people have been invited to gather amid tight security for four days of debate under a large tent in Kabul. Here is a look at the history of loya jirgas, and what to expect from this one.

What is a Loya Jirga?

A loya jirga — literally “grand assembly” in Pashto — is traditionally comprised of Afghan elders. Such gatherings have a centuries-old history in Afghan culture and are periodically convened to reach a consensus on major political issues.

The most recent jirga was held in 2013, when Afghan officials endorsed a security agreement that allowed US troops to stay in Afghanistan beyond their planned withdrawal in 2014.

In August 2007, the first joint Afghan-Pakistan jirga was held in Kabul after relations between the neighbours deteriorated amid Afghan accusations that Pakistan was harbouring Taliban and Al-Qaeda fighters.

What is on the Agenda?

The upcoming loya jirga is being held at a time when the US and Taliban militants have held several rounds of talks. The two sides have discussed a possible troop withdrawal from Afghanistan in exchange for a ceasefire and various pledges from the Taliban.

But crucially, the talks have thus far cut out the government of President Ashraf Ghani, whom the Taliban view as a US stooge. Ghani’s government is jostling for influence in the peace talks and the jirga aims to set out Kabul’s red lines for any deal, including the continuation of the constitution and the protection of women’s rights, the media, and free speech.

Ghani has invited the Taliban to participate, but the insurgents, having waged an unrelenting guerrilla war since 2001, have predictably refused. In the past, the Taliban have blasted rockets at the loya jirga tent, and much of Kabul is being locked down under a massive security operation for this year’s event.

In a statement, the Taliban vowed that any decisions or resolutions made at a loya jirga are “never acceptable to the real and devout sons of this homeland”.

Who will be there?

But chief executive Abdullah Abdullah, notorious former warlord Gulbuddin Hekmatyar, and Ghani’s former national security advisor Mohammad Haneef Atmar are boycotting the event, saying it was pulled together without consultation and is being used by Ghani to campaign ahead of presidential elections slated for September.

What is at Stake?

A lot. Ghani’s credibility, fast dwindling in the eyes of the West, will be put to the test, with observers waiting to see if he can secure a meaningful consensus, or whether the event will unravel amid bickering and in-fighting.

A planned meeting between Afghan officials and the Taliban in Qatar collapsed at the last minute this month over recriminations about the number of delegates Ghani wanted to bring to Doha.

His original roster comprised 250 members, which the Taliban likened to a guest list for an Afghan wedding. A new round of talks between the Taliban and the US is due to take place in Doha in the coming days. A meaningful and clear signal from Kabul will be key for US negotiators.

How to achieve peace in Afghanistan?

Has US admitted defeat in Afghanistan?