Ahmadi, A dangerous word to utter in Pakistan: AC Attock had to apologize

Some topics in Pakistani society are too sensitive to be discussed openly. However, is there any policy to de-radicalize the youth to enable them for peaceful dialogue and logical conversation? 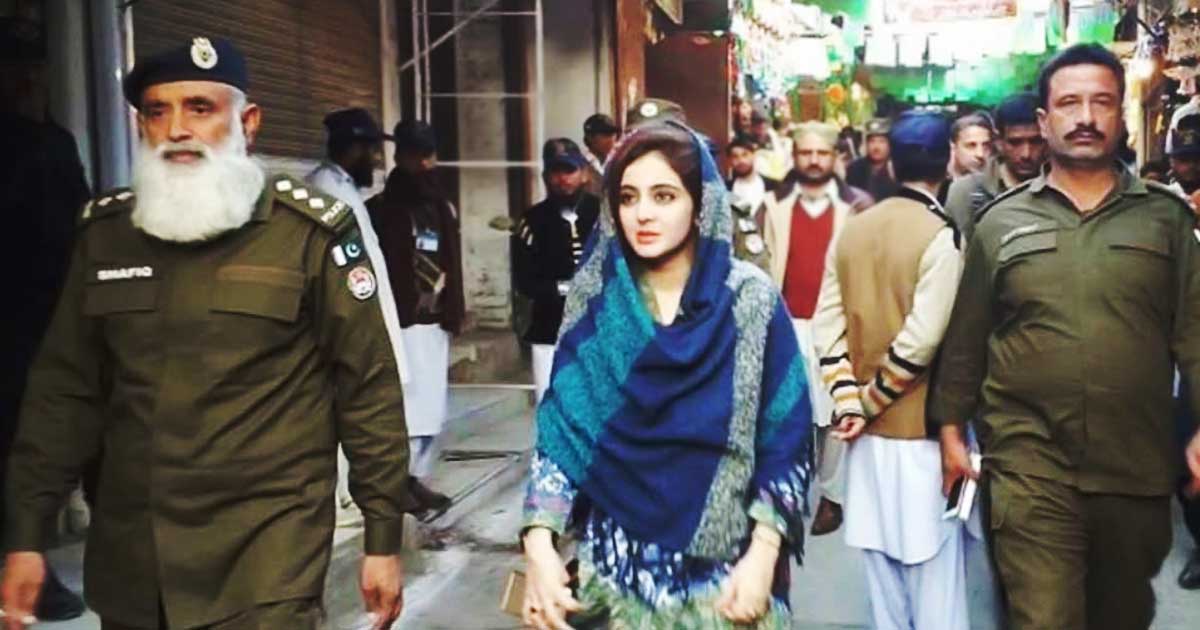 Ahmadis are a religious minority group in Pakistan. Attock Assistant Commissioner Jannat Hussain Nekokara landed in troubled water after her comments about equal treatment of every citizen in the country. She also urged the students to stay united in order to defeat any external force in the region or beyond. However, she was forced to apologize for her comments in support of equal rights for minorities.

Attock Assistant Commissioner Jannat Hussain Nekokara lands in trouble for mentioning #Ahmadis while speaking at an event where she called for unity among all Pakistanis. She is forced to clarify her statement before a bunch of extremists. Imagine being an Ahmadi in Pakistan.. pic.twitter.com/Nd2KYDCpNl— Bilal Farooqi (@bilalfqi) December 12, 2019

While speaking at an International Human Rights Day event in Attock, Nekokara had called for granting equal rights to all minorities regardless of religious divisions. “We should give due rights to non-Muslims Pakistanis, we should give them their due regard, we have unfortunately gotten stuck in these religious divisions, someone identifies as Shia, someone as Sunni, someone as an Ahmadi, someone as a Wahabi, we should dissolve these differences and instead identify ourselves only as Muslims and Pakistanis,” she said.

Soon afterward, over a dozen protesters, most of them students, arrived at the district administration building demanding an explanation from the Attock AC over grouping Ahmadis with other Muslims in her speech.

In her defense, AC Nekokara said that she did not in any way imply that Ahmadis were Muslims and said she accepted the constitution which declared them non-Muslims. “I talked about minority rights, I spoke about rights of non-Muslim Pakistanis, maybe I should have not even mentioned the word Ahmadi in that, then I spoke about how we should stay united and not discriminate against anyone so that we can protect against external enemies,” she said.

“They (Ahmadis) are non-Muslim according to the constitution and non-Muslim in my view as well,” she added.

Prime Minister Imran Khan was recently under a whirlwind of criticism on social media for his selection of words while narrating the ordeals of Holy Prophet during his public speech. What Imran Khan intended was to praise the tenacity of the Holy Prophet towards his divine mission.

He began his speech calling the Holy Prophet, the most beloved messenger of Allah. He asserted that the Holy Prophet continued his mission notwithstanding obstacles, opposition, verbal denunciation and persecutions. Only 40 people embraced Islam in the first ten years of his prophethood yet he persevered and overcame his difficulties.

Nothing is more important than the respect of Beloved Prophet Muhammad SAW. No materialistic knowledge matters when you have not respect in your words for Prophet. Curse of Allah on those who're with Islam's enemies. #مانی_مینٹل_زبان_کولگام_دو pic.twitter.com/lpk9Sv194f— Freedom Fighter ™ (@GhulamQ_381) December 9, 2019

In all likelihood, PM Khan sought to encourage his fellow cabinet members, and his millions of followers and supporters, to draw inspiration from Holy Prophet to remain steady in their fight against the social evils and bring a positive change in the country. However, his critics point to the choice of words in his speech while referring to the obstacles he faced. They argue that his “choice of words” has smeared his message and offended people on social media.

The reverence and respect of the Holy Prophet is a sensitive issue in Pakistan. A government legislature, former Punjab Governor, Salman Taseer had lost his life after his guard Mumtaz Qadri opened fire on him due to blasphemy accusations. Governor had not said anything remotely blasphemous, he was, however, a vocal critic of Maulvis and religious leaders of political parties and factions who were pitched against him due to the Aasiya Bibi case.

Taseer, in the end, fell victim to the incessant propaganda that was being done against him by religious lobbies. Mumtaz Qadri and his lawyers failed to prove anything in the court in his defense. Qadri was given capital punishment and was hanged in the early part of 2016.

Qadri’s execution leads to the creation of Tehrik-e-Labaik Pakistan (TLP) that forced a “Dharna” on Faizabad, Islamabad in 2017 and later mayhem on streets against the appointment of Atif Main as an advisor to PM in 2018 and later against the Supreme Court decision of acquitting Aasiya Bibi from blasphemy case. Ultimately the government and the state institutions dealt TLP with an iron hand. Cases of terrorism were registered against TLP leaders including its firebrand leader, Khadim Hussain Rizvi. Rizvi is now much muted and behaves with due respect to the law.