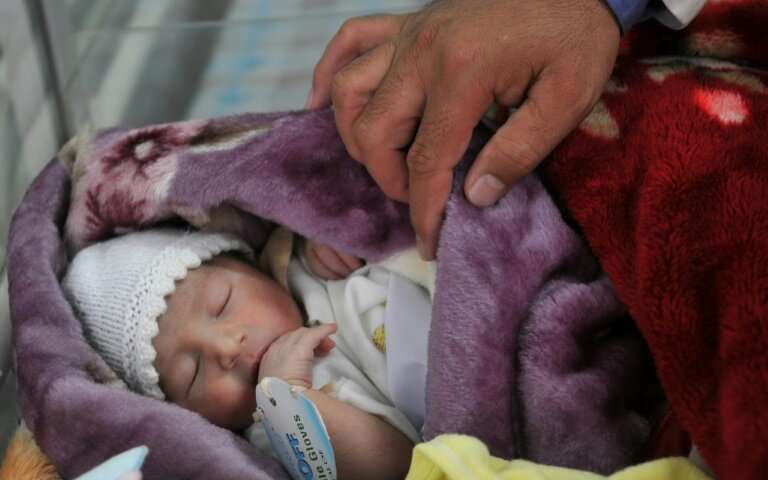 From the flu and asthma to life-threatening pneumonia and meningitis, the system consistently matched or out-performed primary care paediatricians, they reported in Nature Medicine. Dozens of studies in recent months have detailed how AI is revolutionizing the detection of diseases including cancers, genetic disorders and Alzheimer’s.

AI-based technology learns and improves in a way similar to humans, but has a virtually unlimited capacity for data processing and storage. “I believe that it will be able to perform most of the jobs a doctor does,” senior author Kang Zhang, a researcher at the University of California, San Diego, told AFP.

To train the proof-of-concept system, Zhang and a team of 70 scientists injected more than 100 million data points from 1.3 million pediatrics patient visits at a major referral centre in Guangzhou, China.

“But AI will never replace a doctor,” he added, comparing the relationship to an autonomous car that remains under the supervision of a human driver. “It will simply allow doctors to do a better job in less time and at lower costs.”

The new technology, said Zhang, is the first in which AI absorbs unstructured data and “natural language” to imitate the process by which a physician figures out what’s wrong with a patient. “It can mimic a human paediatrician to interpret and integrate all types of medical data patient complaints, medical history, blood, and imaging tests to make a diagnosis,” he said.

The system can be easily transferred to other languages and settings, he added. By comparing hundreds of bits of information about a single patient with a vast store of acquired knowledge, the technology unearths links that previous statistical methods and sometimes flesh-and-blood doctors overlook.

In the Nick of Time

To train the proof-of-concept system, Zhang and a team of 70 scientists injected more than 100 million data points from 1.3 million pediatrics patient visits at a major referral centre in Guangzhou, China. The AI programme diagnosed respiratory infections and sinusitis a common sinus infection with 95 percent accuracy.

More surprising, Kang said, it did as well with less common diseases: acute asthma (97 percent), bacterial meningitis and varicella (93 percent), and mononucleosis (90 percent). Such technologies may be coming in just the nick of time. “The range of diseases, diagnostic testing, and options for treatment has increased exponentially in recent years, rendering the decision-making process for physicians more complicated,” Nature noted in a press release.

Experts not involved in the research said the study is further proof of AI’s expanding role in medicine. “The work has the potential to improve healthcare by assisting the clinician in making rapid and accurate diagnoses,” said Duc Pham, a professor of engineering at the University of Birmingham.

“The results show that, on average, the system performed better than junior doctors.” “But it will not replace clinicians,” he added. Machine learning which forms general rules from specific training examples “cannot guarantee 100 percent correct results, no matter how many training examples they use.”

AI-based tools for diagnosis abound, especially for interpreting machine-generated images such as MRI and CAT scans. A method unveiled last month in the United States to detect lesions that can lead to cervical cancer found pre-cancerous cells with 91 percent accuracy, compared to 69 percent for physical exams performed by doctors and 71 percent for conventional lab tests.

Likewise, a cellphone app based on AI technology out-performed experienced dermatologists in distinguishing potentially cancerous skin lesions from benign ones, according to a study in the Annals of Oncology.

Pakistan military hits back at criticism as elections loom