Airline Industry: most vulnerable to collapse in COVID-19 crisis

Travel ban due to Corona Pandemic is affecting the airline as a severe blow amidst the summer holiday season and the situation is not likely to change soon. 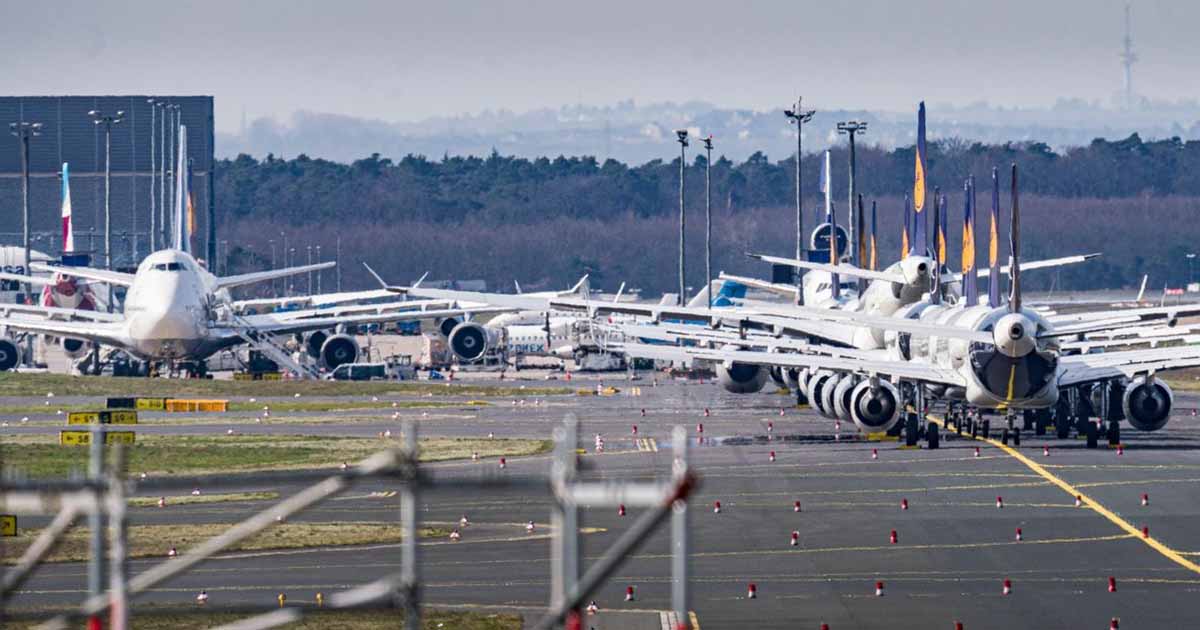 The Covid-19 pandemic is hammering businesses all over the world. The crisis looks set to continue indefinitely as people are told to practice ‘social distancing’ and ‘self-isolation’ — but which industries will be hardest hit?

The airline industry was probably the first major casualty of the sudden move to shut the world down over the spread of Covid-19. What began as a few scattered calls to limit flights from hotspots like Italy and China quickly morphed into worldwide travel bans and restrictions.

UK aviation could be “wiped out” by the pandemic, the British Airline Pilots’ Association (BALPA) said last week, calling on the government to act immediately to save it. Airlines are bending under the pressure of a massive drop off in summer holiday bookings, as they operate almost-empty flights and thousands of employees are forced to take unpaid leave.

UK airlines on Sunday called for a £7.5 billion bailout, while US airlines demanded a $50 billion cash injection a week after the Trump administration imposed restrictions on all travel from Europe to the US in a bit to curb the virus’ spread. This week, Scandinavian airline SAS temporarily halted most of its traffic and temporarily laid off about 10,000 employees — 90% of its total staff.

Coronavirus schedule updates: We are suspending some service to Tokyo Narita, Osaka, Singapore and Seoul. China and Hong Kong flight suspensions are extended through 4/30. We will stay in close contact with the CDC as we continue to evaluate our schedule. https://t.co/qNMXQnoHLC pic.twitter.com/pR1XwjlHcT

It’s not just the airlines that have been hit by the spate of travel restrictions, though: cruise companies are also feeling the pain. As ships are stranded at sea and turned away as countries shutter their ports, the $45 billion US cruise industry is also on a collision course with disaster. Viral panic in the hospitality industry

Restaurants and pubs are also in a state of alarm over government guidelines advising citizens to stay away from crowded spaces as the coronavirus spreads rapidly across continents. Countries like Italy, France, and Spain are on total lockdown, with only vital services remaining open. In Ireland, pubs closed across the country one day before St. Patrick’s Day — usually one of their busiest weeks of the year.

In the UK, business groups have warned of “hundreds of thousands of job losses” in an industry which employs over 3.2 million people in pubs and restaurants, and another 2.8 million across supply chains — and which adds more than £120 billion to the British economy annually. There could also be “thousands” of permanent closures if PM Boris Johnson’s government does not step in to provide robust support. Carluccio’s chief executive said on Monday that the chain is mere “days away from large-scale closures” — a situation that will be faced by many others, too. In a stark warning on Tuesday, UKHospitality Chief Executive Kate Nicholls said that unless the government provides immediate support, the industry will “cease to exist in any recognizable capacity.”

Read more: Work from home jeopardized after an upsurge in COVID-themed cyberattacks.

Across the pond in the US, the hotel industry has been “devastated” and “could take years to recover,” Cairns New York reported. Hotelier Andre Balazs told the outlet he is counting on the crisis taking up to two years before room rates and occupancy levels return to normal. Some estimates suggest hotel occupancy in New York could drop to an unprecedented 20 percent.

Meanwhile, thousands of restaurants across the US could “go broke forever” as the Covid-19 crisis deepens throughout the country, ‘Top Chef’ judge Hugh Acheson warned in a tweet. To weather the storm, some are ramping up their delivery services. On Monday, Uber Eats said it would waive delivery fees for orders from struggling independent restaurants, while European food delivery companies like Deliveroo, Glovo and JustEat introduced ‘contactless’ delivery options to encourage ordering. The show can’t go on Theatres & cinemas shutter

With ‘social distancing’ guidelines now in place across most of the world, naturally, any industry that involves large groups of people congregating together is going to take a hit.

As cinemas close temporarily across the globe, production companies have been pushing back release dates for expected box office hits like ‘A Quiet Place 2’ and the latest James Bond movie ‘No Time to Die’. Some estimates suggest the global movie business could see $5 billion in losses over the virus panic. Concerts around the world have also been canceled and rescheduled.NBC Universal suspended production or sped up season finale schedules for 35 of its shows, while CBS employed a similar strategy, the Hollywood Reporter said. Streaming services Netflix and Apple also suspended filming on their own projects.

In the UK, 250 theatres have shuttered their doors temporarily as Covid-19 takes its toll on an industry that employs 290,000 people. The Society of London Theatres and Royal Opera House both asked theatergoers to donate the price of their unused tickets to theatres to support the industry if they could.

Biden to meet Quad alliance PMs- a message to China?