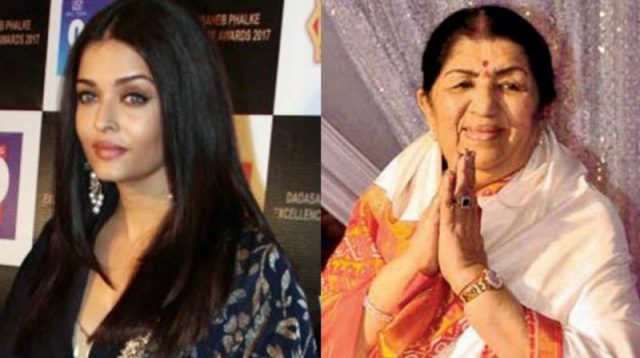 Aishwarya Rai is playing a popular singer in the movie and a fan of Lata Mangeshkar.

According to the source, “Apart from a few original tracks, Aishwarya will also recreate a few of Lata’s numbers.

That isn’t the film’s only connection with Lata. Anil Kapoor’s daughter, who plays an aspiring singer, is also named Lata.

Atul Manjrekar is making his directorial debut with this film. The movie is an Indian remake of the Dutch film ‘Everybody’s Famous.’

Aishwarya joins her father-in-law’s singing career in movies by making her own singing debut in this feature film.

The movie addresses the important issue of body shaming, which has become a heated topic of discussion in Pakistan in the past few years.

The movie talks about a struggling singer Fanney Khan, played by Anil Kapoor, who wants his daughter to make it big in the music industry.

Aishwarya Rai is a well established and popular singer, who is kidnapped by Anil so that she can meet his daughter, who is her fan.

The movie shows that his daughter is able to achieve her dream to become a great singer, but has to tackle problems like obesity, that prevent her from popularity as a female singer.

The actress refrained from commenting on her enhanced role in the movie.

Nevertheless, she elaborated on her work plans and arrangements besides her motherly duty.

Read more: Did Jaya Bachchan take a subtle dig at Aishwarya for her…

“I was very sure that whenever I decided to work after my daughter’s birth, it would have to be only when I can concentrate fully on my work.”

“I didn’t want to be distracted or divided. It’s always a hundred percent of me in whatever I do,” the actress added.