Akbar said that Shehbaz’s claims to file a lawsuit against the British paper is similar to his earlier claim of dragging Asif Ali Zardari on the roads. In case the PML-N leader files a case, Akbar said, he will present proofs of money laundering before the British courts. 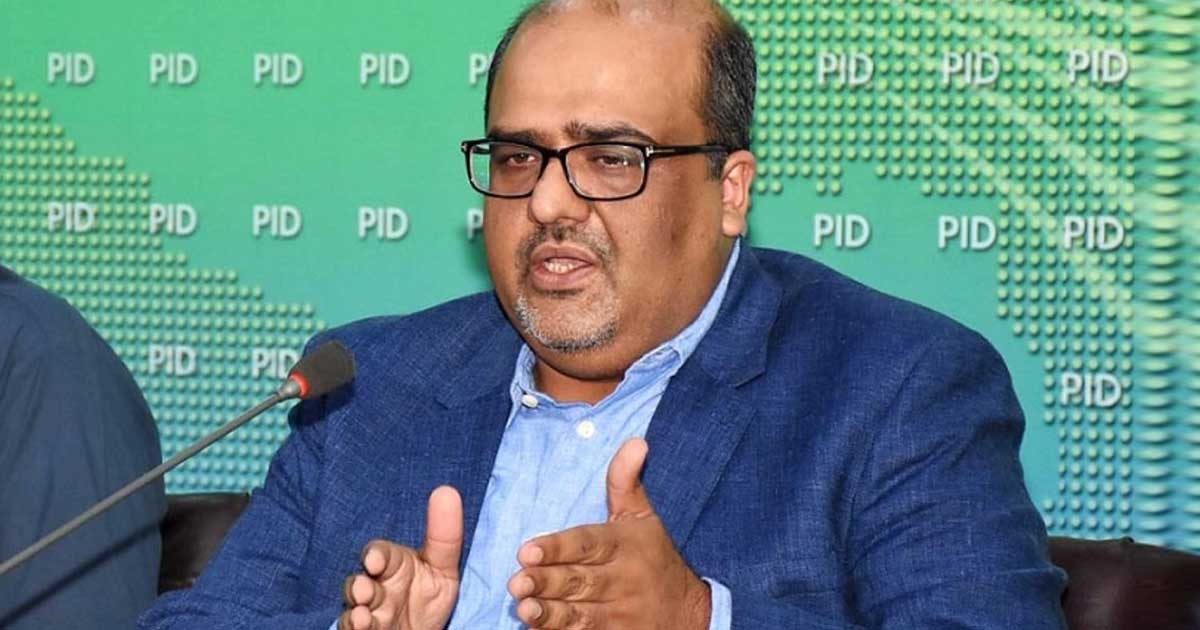 While presenting the bank drafts and receipts of TTs to the press, the special assistant said that the transactions were a piece of evidence against the PML-N leader. “Hamza’s 95 percent assets and Suleiman’s 99 percent assets were made from the said funds,” he said.

Also, Akbar has challenged Shehbaz to file a lawsuit against Daily Mail for its investigative report allegedly revealing that he and his family were involved in money-laundering in Britain.

Akbar said that Shehbaz’s claim to file a lawsuit against the British paper is similar to his earlier claim of dragging Asif Ali Zardari on the roads. In case the PML-N leader files a case, Akbar said, he will present proofs of money laundering before the British courts.

The paper claimed that the DFID poured more than £500 million of UK taxpayers’ money into Punjab in the form of aid during Shehbaz’s tenure as chief minister.

In the press conference, Akbar said that over $26 million came into Pakistan through money laundering, adding that between 2007-08 the Shehbaz family received massive funds. “The people who were sent money from abroad in the name of Shehbaz family are so poor that they can’t even travel from Karachi to Lahore,” he said.

Meanwhile, PM Khan’s Special Assistant to Information and Broadcasting Firdous Ashiq Awan admonished Shehbaz Sharif and his family while advising them to make a confession and seek forgiveness for corruption.

In a series of tweets, PM’s special assistant discussed the claims made by Daily Mail on July 14 of aid money being embezzled and laundered by Shehbaz Sharif and his family.
Read more: Shehbaz Sharif worth 200 million pounds? David Rose stands by his story

“An official cheque of Rs80 million given in aid for earthquake affected people was deposited in the bank account of former Punjab Chief Minister Shehbaz Sharif’s son-in-law Ali Imran. This fact was admitted by Earthquake Reconstruction and Rehabilitation Authority (ERRA) Official Ikram Naveed in his affidavit submitted to NAB in a plea bargain,” Awan stated.

She continued: “the spokespersons of PML-N are telling lies. How long will these spokespersons continue defending theft, corruption, and money-laundering? The list of black money and TTs [telegraphic transfers] by Shehbaz Sharif and his sons are so long that the spokespersons will soon get tired of defending it.”

Moreover, she said: “If Shehbaz, sons, and son-in-law are honest, then why did they flee from the country?”

“After the confession of ERR official, it is better that Shehbaz’s family makes a confession, and seek forgiveness for their corruption as the doors of repentance are always open,” she stressed.

On July 14, the Mail on Sunday published a story which accused the former Punjab chief minister Shehbaz Sharif and his family of allegedly embezzling money from aid given by Britain’s Department for International Development (DFID) and laundering it in the United Kingdom.

In the report, the paper claimed that the DFID poured more than £500 million of UK taxpayers’ money into Punjab in the form of aid during Shehbaz’s tenure as chief minister.
Read more: Will UK extradite Ishaq Dar?

“Yet, say investigators, all the time that DFID was heaping him and his government with praise and taxpayers’ cash, Shahbaz and his family were embezzling tens of millions of pounds of public money and laundering it in Britain,” writes reporter David Rose. “They are convinced that some of the allegedly stolen money came from DFID-funded aid projects.”

The report says Shehbaz’s son Suleman has denied the allegations against him and his family, “saying they were the product of a ‘political witch-hunt’ ordered by Pakistan’s new prime minister, the former cricketer Imran Khan.”

Pakistan’s PM, Finance Minister & Army Chief on trip to resolve “Qatar Crisis” or something else?

India: Sarkari Culture Is Delaying Acquisition Of Big Guns At The Border, Crippling The Army

Congratulations to Bakhtawar Bhutto on her engagement!

Kashmir on fire: Has Pakistan really helped the cause?