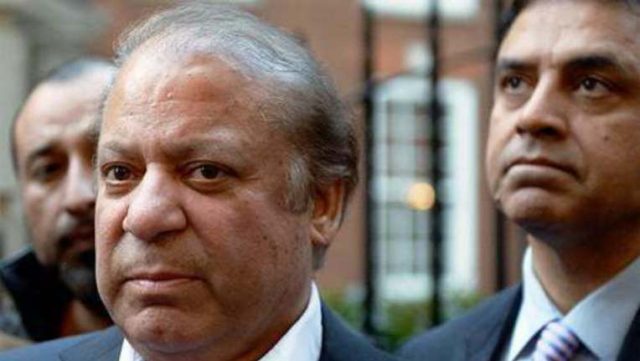 Nawaz’s counsel, Khawaja Haris, submitted a request for the former premier’s exemption from appearing for today’s hearing. The request was accepted by the court after which NAB investigation officer Mehboob Alam recorded his statement.

NAB has so far presented 22 witnesses, including operation managers of various banks and JIT head, Wajid Zia in the case. All prosecution witnesses completed recording their statements in an accountability court. Meanwhile, the accountability court summoned Zia in the Flagship Investment reference and adjourned its hearing till October 1 (Monday).

Last year on September 07, NAB started the proceedings against the ousted PM Nawaz. Nawaz and his sons, Hussain and Hasan, are accused in all three references whereas Maryam and Safdar were accused in the Avenfield reference only.

The accountability court on July 6 had announced the verdict in the Avenfield properties corruption reference filed by the National Accountability Bureau, handing the jail time of 10 years to ousted Prime Minister Nawaz Sharif 7 years to Maryam Nawaz and 1 year to Safdar.

Read more: No deal: Why is Shahbaz at pains to explain Nawaz’s release?

But all three were released from Adiala Jail after Islamabad High Court suspended their sentences they had received from the court. Currently, the court is running the two references simultaneously, and twin-verdict will be announced in both references.

So far, five extensions in the deadline have been given in the original six month deadline to conclude the case, since, the start of the trial against ‘Sharif Clan ‘on September 14, 2017, after the disqualification of Nawaz Sharif on July 28, 2017

On August 27, CJP headed a three-judge bench comprising of Justice Umar Ata Bandial and Justice Ijazul Ahsan—which ordered a six-week extension in the deadline for concluding the Al-Azizia and Flagship Investment references.

Nawaz’s sons, Hussain and Hasan have been declared proclaimed offenders for not appearing before the court.