Alia Bhatt to bluff a Pakistani major in ‘Raazi’ 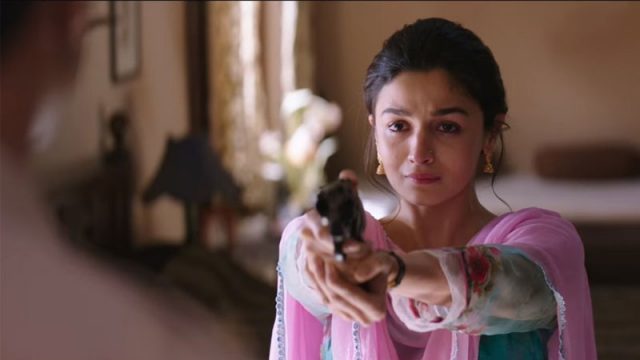 Alia Bhatt’s upcoming film ‘Raazi’ is unlikely to release in Pakistan, as local distributors have refused to purchase the film citing its controversial content on the India-Pakistan 1971 war as the reason for their boycott. Raazi will hit the Indian cinemas on May 11th, 2018.

Alia Bhatt and Vicky Kaushal have played the lead roles in the movie. The film is an adaption of Harinder Sikka’s novel ‘Sehmat’. Alia Bhatt has played the character of a Kashmiri girl, Sehmat who is an Indian spy. Vicky Kaushal has played Iqbal Syed, a Pakistani major in the movie. Alia Bhatt, an Indian spy will cross the border to marry a Pakistani major, to extract information and provide it to the Indian army during the 1971 Indo-Pak war.

A senior official from a distribution company said, ‘it is disappointing to see that films on controversial subjects are being produced in India time and again’. “All our distributors are well aware of Alia’s role in Raazi and so, no one is willing to purchase the film. Patriotism is another reason for distributors, not being pushed about buying the film. Indian producers should know that all our distributors have unanimously decided to boycott such controversial films,” he added further.

The film is produced under the banner of Dharma productions with Karan Johar and Vineet Jain on board, and with Meghna Gulzar as the director.

Vicky Kaushal attempted to clarify the subject of the movie in his statement. He said ‘”The film is not just about the Indo-Pak war, it is much deeper than that. It is about an individual relationship. It is also about an era when there was tension between the two countries and during that time a Kashmiri woman married a Pakistani major.” He went on to share that the film is about how they make choices at the crossroad of duties and emotions, which will not only affect their lives but also the future of their respective countries,” he adds.

Kaushal said the movie is not meant to glorify or demean the armed forces of the country. He said the movie has shown the constraints and hard situation the people in armed forces confront in their lives. ‘It is not a hero-villain story. It is not about ‘my country is good and yours is evil’. Both countries are doing their jobs. The men in uniform know they belong to one country and are supposed to perform their duty — that is how they are trained’ said Kaushal.

After humiliation at SCO, India to face Pakistan at SAARC meeting

Will Modi stop selling what sells best? Hatred against Pakistan