We are not alone in the universe, study reveals

New research points to alien life being sustained in Jupiter's Europa moon, under the icy surface. This exciting discovery has led to new life-detecting robots being built for deployment to space in 2022. 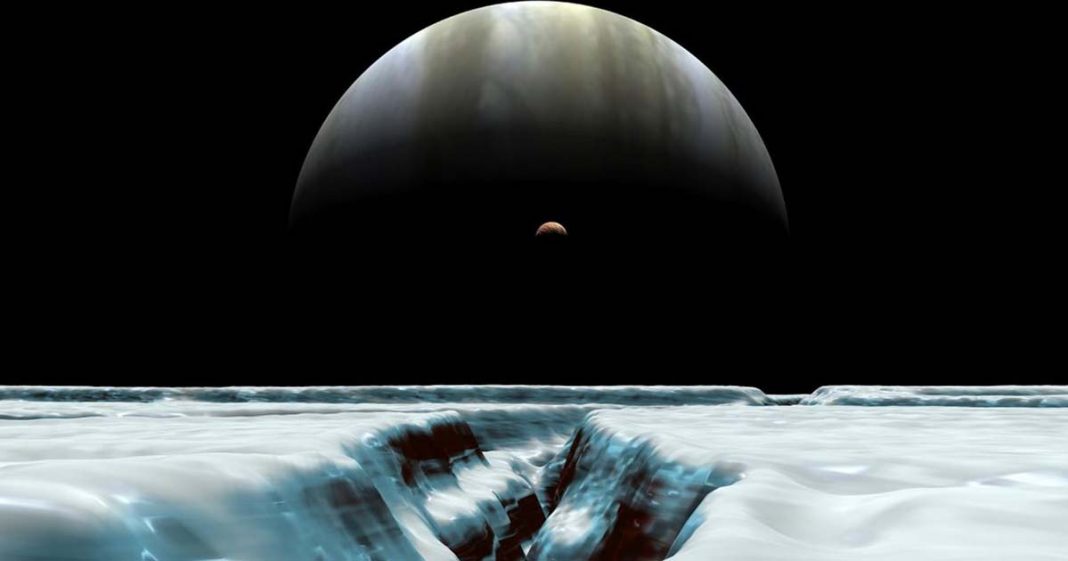 New research has found that the enormous salty ocean inside Jupiter’s moon Europa could sustain life, raising the tantalizing prospect that alien lifeforms may exist below the icy surface.

Experts have long speculated that the waters of Europa may be habitable and a new study has finally added weight to the theory, discovering that the moon’s waters are likely not as acidic as was previously believed.

Moon Europa could have alien life

Scientists from NASA’s Jet Propulsion Laboratory used data from the Galileo mission to create a computer simulation of the conditions on Europa and the physical characteristics of the vast subsurface ocean.

In other words, its composition became more like oceans on Earth. We believe that this ocean could be quite habitable for life.

A vast ocean on Jupiter's moon Europa contains all the ingredients for life, according to new research from NASA's Jet Propulsion Laboratory. 🌟 https://t.co/FcZFQNrFIE

The scientists found that ocean worlds such as Europa can be created through a process called metamorphism. This is a change in the structure of rocks that occurs when trapped water is released due to heating and increased pressure, likely through natural radioactive processes or tidal movement caused by Jupiter’s gravity.

The computer simulation indicated that the oceans of other moons, such as Europa’s neighbor Ganymede, and Saturn’s moon Titan, may also have formed by similar processes.

Europa is one of the largest moons in the solar system, and Daswani hailed it as “one of our best chances of finding life.” The team will continue to investigate Europa’s habitability ahead of NASA’s Europa Clipper mission which is due to launch in 2024.

The research was presented at the virtual 2020 Goldschmidt geochemistry conference this week but has yet to be peer-reviewed.

NASA is planning on introducing revolutionary new robots to send into space.

The intention is to install these new intelligent systems in space probes—starting with the ExoMars mission in 2022—that can identify geochemical signatures of life from rock samples before sending back to Earth only the pertinent data.

Allowing these intelligent systems to choose both what to analyse and what to tell us back on Earth will, say the scientists, overcome the severe limits on how information is transmitted over huge distances in space.

“Smart space probes” could be of fundamental importance as the already vast distances increase as the search for life on spreads to more distant planets.

From a rover on Mars the data takes 20 minutes to send home; from Pluto it’s over four hours.

It’s also really expensive to send data across space. “Data from a rover on Mars can cost as much as 100,000 times as much as data on your cell phone, so we need to make those bits as scientifically valuable as possible,” said Eric Lyness, software lead in the Planetary Environments Lab at NASA Goddard Space Flight Center (GSFC).

That high cost means scientists can’t run as many experiments or get rovers to analyse as many rock samples as they would like.

“By using AI to do an initial analysis of the data after it is collected, but before it is sent back to Earth, NASA can optimise what we receive, which greatly increases the scientific value of space missions,” said Lyness.

First ever contact made with object from different solar system