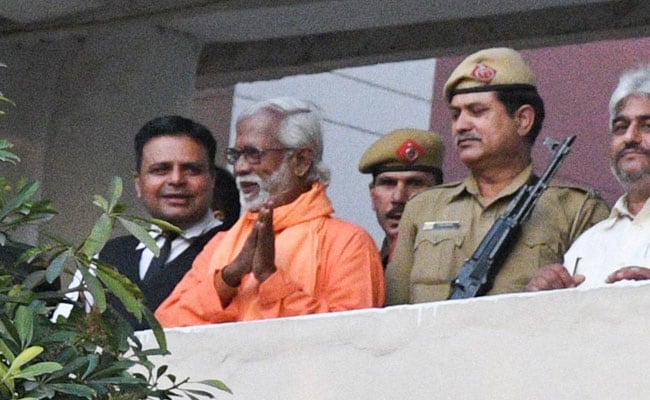 Pakistan foreign office spokesperson, Nafees Zakaria, said it was ‘regrettable’ that the mastermind of the deadly 2007 Samjhota Express bombing, had been acquitted yesterday on the shrine bombing case by an Indian high court.

A special court in Rajasthan handed down a guilty verdict against three Hindu radicals over the October 2007 bombing of the Ajmer Sharif, Dargah. However, it cleared Swami Aseemanand, the alleged mastermind of the attack on this case. However, he still faces other cases.

Devendra Gupta and Bhavesh Patel were convicted over their roles in 2007, a third man, Sunil Joshi, who had been shot dead a couple of months after the attack was found guilty posthumously. At the time, Indian media speculated that the bombing had been done by the Lashkar-e Tayyiba group. It later became clear, from investigations done by Indian law enforcing bodies that this had been organized by Hindu radicals belonging to the RSS.

In the Samjhota express bombing, sixty-eight people (mostly Pakistani civilians and a few Indian military guarding the train) were killed.

In 2010, the Indian anti-terrorism squad arrested five suspects related to this case, four belonging to the RSS, later they arrested others also. Swami Aseemanand was among seven Hindu radicals acquitted after prosecutors failed to prove their guilt.

However, he is still in prison, pending trial over his role in two other separate bomb attacks ─ Mecca Masjid attack and the other on the Samjhota Express that together killed nearly 75 people.

In the Samjhota express bombing, sixty-eight people (mostly Pakistani civilians and a few Indian military guarding the train) were killed and much more injured. Once again initially, the attack was blamed on Pakistan-based Islamist groups. In 2009, the US Department of Treasury declared Arif Qasmani of the Lashkar-e Tayyiba, as being involved in terrorism, they also cited his involvement in the Samjhota Express bombing.

However, in 2010, India’s National Investigation Agency found evidence that implicated several RSS followers, along with the alleged ring leader, Naba Kumar Sarkar, otherwise known as Swami Aseemanand. Swami Aseemanand gave a confessional statement in 2011, but later in court, he alleged this had been taken under duress.

“Aseemanand and Col Rohit were involved in the Samjhota Express tragedy… Aseemanand himself confessed to the crime,” FO spokesman Nafees Zakaria said at a weekly briefing on Thursday.

Massive uproar as SC hints at banning YouTube in Pakistan