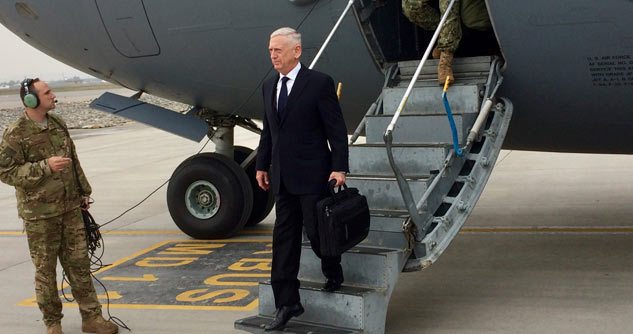 Read more: The Art of Making a Deal With the Taliban

Afghan President, Ashraf Ghani has invited the Taliban for unconditional peace talks on the first day of Kabul Peace Conference on February 28, 2018. Several countries including the United States and Pakistan have put weight behind Ghani’s initiative. Initially the Taliban has shown a cold response regarding peace talks, claiming that Ghani’s government has no association with the Afghan people.

Afghanistan’s infrastructure has suffered severely in the 17 year old war on terror. Economy of the country has been under the debris, many lives have been sacrificed and the terror is spread throughout the country. The US has focused more on the use of force to counter insurgency rather diplomatic peaceful solutions.

It is quite obvious that despite the military efforts of the US and its allies, Afghanistan’s security situation, economic situation have been declining.

There were fewer efforts to kill the ideology of the terror outfits which resulted in an increased number of them. This may one of the reasons that the US always prefers to increase the number of its military troops. Ghani considers the new U.S. approach a “game changer.”

Although the US military has trained Afghan Army to some extent, but it is still lacking in the manpower, equipment and training in order to take win back districts under the Taliban control. It is quite obvious that despite the military efforts of the US and its allies, Afghanistan’s security situation, economic situation have been declining since the beginning of war on terror in 2001. It is further deteriorating with the passage of time.  Some international analysts have acknowledged that a long-lasting, legitimate political settlement in the country is the need of hour.

Mr. Trump, however, said on Jan. 29 that he sees no basis for peace talks as long as the Taliban are “killing people left and right.”

The most recent development was that the Taliban have captured a district center in Afghanistan’s western province of Farah bordering Iran, officials told.

There is a fear that the threat of terrorism may penetrate into Iran through Afghanistan. Therefore, it is important that President Ghani speeds up this process of reconciliation in Afghanistan by gathering support of regional countries such as Pakistan and Iran as well as extra-regional countries Russia, the US and China as a force multiplier to bring the Taliban into negotiations or peace talks. All these states may perhaps support peace talks pursuing their own strategic interests.

Iran is working on Chabahar Port; China is working on China Pakistan Economic Corridor in a flagship project of its Belt and Road Initiative for regional connectivity. Therefore, all countries are obliged to ensure peace and improved security situation of Afghanistan in order to ensure the smooth operations of these projects. If peace talks prove to be successful it will indeed be a “game changer”, not only for the US, but also for the regional countries involved with their economic projects at stake.

Previous articleTrump meeting with Kim: His Nixon moment?
Next articleUSA drags India to the WTO

18 September 2021
Previous articleTrump meeting with Kim: His Nixon moment?
Next articleUSA drags India to the WTO