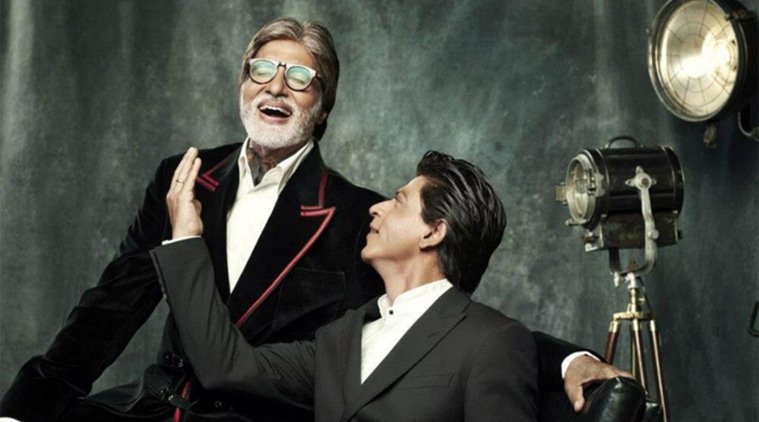 Two of the bigwigs of Bollywood – Amitabh Bachchan and Shah Rukh Khan – are set to come together for the upcoming movie ‘Badla.’ Sujoy Ghosh will be directing the crime-thriller movie, while Shah Rukh Khan has joined the team as the producer. Tapsee Pannu, who has also worked with Amitabh Bachchan in ‘Pink,’ is also the part of the movie.

Amitabh Bachchan made an official announcement, posting a picture of the movie title on his Twitter account. Badla is a remake of the Spanish film The Invisible Guest (Contratiempo)

In another Twitter post, Amitabh Bachchan wrote “Confined, conscious and content until, the film releases. This is the life of creativity. ‘Badla’ moves each day. Finally away from and distant from prosthetics and heavy costume armor!”

T 2841 – Confined .. conscious and content .. until, the film releases .. this be the life of creativity .. 'BADLA' moves each day .. finally away from and distant from prosthetics and heavy costume armour ! pic.twitter.com/fFUfpa80LD— Amitabh Bachchan (@SrBachchan) June 18, 2018

Director Ghosh, while talking to media, said “When you get an actor like Amitabh Bachchan, half your battle is won as he’s every director’s delight and I’m extremely excited to direct him. Also, I have been trying to work with Taapsee for a while. This is the perfect story to collaborate with her on. My excitement is doubled now that the film is being produced by SRK. I couldn’t have asked for a better team and now it is time for work.”

Sujay added, “I thought it was superlative material for Bachchan Sir and pitched it to him. Taapsee was already on board, SRK also loved the source material and the collaboration happened seamlessly.”

It has been a decade since Amitabh Bachchan and Shah Rukh Khan have collaborated for any project. They were last seen together in Bhootnath in 2010.

Shah Rukh Khan is currently busy in the shoots of his upcoming film ‘Zero’ in which he is playing a dwarf. The film also features Anushka Sharma and Katrina Kaif. The film is expected to release by the end of 2018.

Eurovision: A comedy without laughs but plenty of star power