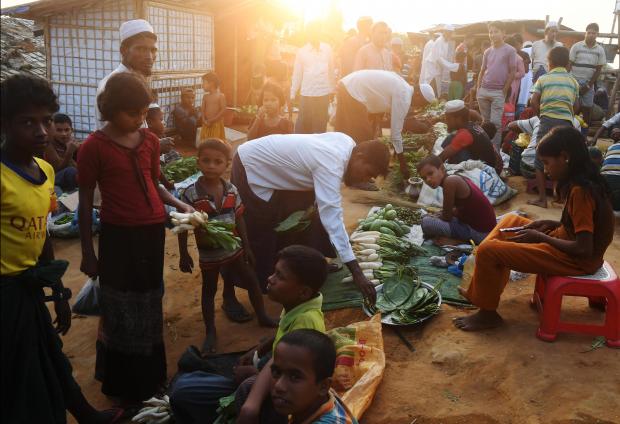 Amnesty International on Monday accused India of disregarding international law after a Rohingya family was deported to Myanmar where the military is accused of genocide against the stateless Muslim minority.

The family of five, who had been in prison in India’s northeastern Assam state since 2013, was handed over to Myanmar authorities on Thursday the second such deportation in just months after seven men were returned in October.

India’s home ministry told parliament last week that 478 Rohingya were arrested between 2015 and 2018, with last year topping the list with 230 detentions along the nation’s borders

The United Nations expressed concern over the forcible repatriation of the Rohingya while rights groups warned New Delhi was putting the community at serious risk by returning them to Myanmar, where for decades the minority has been targeted in violent pogroms by security forces.

The Rohingya are despised by many in Buddhist-majority Myanmar, which refuses to recognize them as citizens and falsely labels them “Bengali” illegal immigrants. They were concentrated in Rakhine state, the epicenter of a Myanmar army offensive that since August 2017 has driven some 720,000 Rohingya Muslims into Bangladesh.

“The Rohingya population in Rakhine state in Myanmar continue to live under a system of apartheid,” Amnesty India’s Abhirr V. P. said in a statement. “The expulsion of asylum-seekers and refugees amounts to a violation of India’s obligations under customary international law, which prohibits governments from returning people to a territory where they are at risk of serious human rights violations.”

India is not a signatory to the UN Refugee Convention. Indian officials say around 40,000 Rohingya are living in the country, where Hindu hardliners have called for their mass deportation.

Around 18,000 Rohingya in India are registered with the United Nations refugee agency. UNHCR said despite repeated requests they were not granted access to the Rohingya family detained in Assam before their deportation.

India’s home ministry told parliament last week that 478 Rohingya were arrested between 2015 and 2018, with last year topping the list with 230 detentions along the nation’s borders.

US votes against UN censure of Israel over Golan