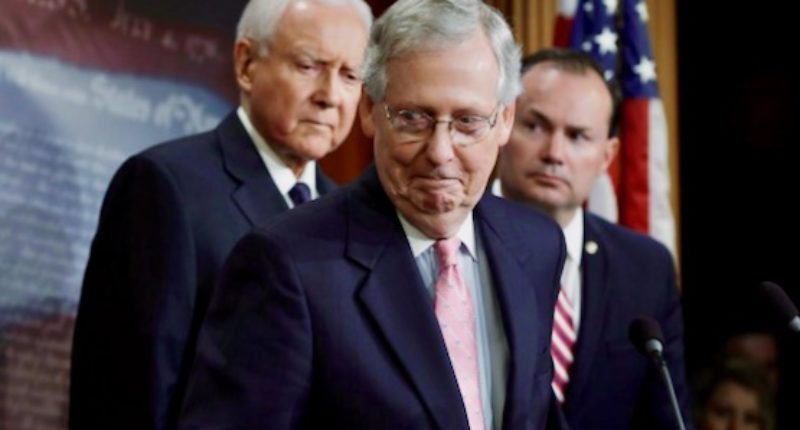 The Senate Election, 2017, have concluded in an eventless manner, despite months of speculative apprehensions and whispers of some undefined conspiracy. As the results get tabulated and the elected individuals take oath of their esteemed office, one has to ask: is this Senate, and its members, worthy of discharging the constitutional mandate of this highest legislative forum? Will they be able to perform the democratic function that has been entrusted to them? Will provincial and regional issues find voice in our Senate chamber? Will the technocrats be able to add value to the legislative process?

Will members of the Senate (who have no burden of constituency politics) be able to speak about issues of national concern? Will they hold the government and institutions accountable for their policies and actions? Or will, instead, Senate perpetuate its snooze in regards to issues of national importance, and remain divided on petty issues of a deprecating political culture? Before delving into some of these issues, it is perhaps pertinent to review the constitutional mandate of Senate and the manner in which Senate elections take place.

FATF threat looms at the horizon. India’s lobbying is relentless. The Middle-East is coming apart at the seams. And its religious as well as sectarian battles will necessarily have reverberations in Pakistan. Our national debt, is more daunting than it has ever been in our history.

The Senate of Pakistan is constituted under Article 59 of the Constitution. Specifically, unlike the National Assembly, which has representation from the various constituencies of Pakistan (directly elected by the people), the Senate only has one hundred and four members, elected through a “system of proportional representation by means of the single transferable vote”.

As is apparent from its membership, the Senate has equal representation from each of the Provinces, and includes special provisions for membership of women, technocrats and non-Muslim representation. And none of them carry the burden of placating or pandering to the votes of any specific constituency.

The Durand Line is not only porous, but also a constant threat to the security of Pakistan. Across the border, in Afghanistan, the US-backed government has formally invited the Taliban to join the State structure as a political party.

As such, members of the Senate, by their very constitution, have two overarching responsibilities: 1) through equal representation, ensuring that the National Assembly does not make any law that adversely affects the rights of any Province; and 2) through technocrats and other members, voicing issues of national and strategic importance, without having to pander to the petty issues of electoral politics.

With this constitutional framework in place, let us first muster the humility to accept that, over the past decade of civilian democracy, there has been no legislative action (of note) that has come out of the Senate. At no point in time did members of the Senatestand up in defence of their respective Provincial interests. And neither did any of the technocrats in Senate contribute, in any meaningful way, to the development and/or reform of legislative agenda.

This is not to say that Senate has been entirely impotent, or that the all members of the Senate have failed to fulfill and uphold their oath. However, there can be little cavil with the proposition that members of the Senate have neither made any noteworthy stand for the provincial rights, nor made any tangible contributions to the legislative and policy narrative concerning issues of national importance.

And the same is true for the current election to Senate. Over the past twenty-four hours, every party has accepted (or alleged) that votes have been bought and sold for Senate seats. And that the highest bidders (e.g. Asif Zardari and Nawaz Sharif) have benefited from this equation. And those most pliable to being sold (e.g. MQM) have suffered the greatest loss.

Away from these realities of Pakistani politics, there are real and grave challenges confronting the nation. Our eastern border is more volatile than it is has been over the past decade.

In the circumstances, can anything worthwhile be expected of these new Senators? Can they be expected to owe allegiance to their constitutional oath, when some of them have simultaneously taken the oath the serve a disqualified individual (whom the Supreme Court has prohibited from passing any “orders or directions” within the party)? Can they be expected to look out for national interest, when those declared absconders from law are, and accused of money laundering, are within their ranks?

Away from these realities of Pakistani politics, there are real and grave challenges confronting the nation. Our eastern border is more volatile than it is has been over the past decade. The Durand Line is not only porous, but also a constant threat to the security of Pakistan. Across the border, in Afghanistan, the US-backed government has formally invited the Taliban to join the State structure as a political party.

Read more: I am the King – I don’t need courts to verify…

FATF threat looms at the horizon. India’s lobbying is relentless. The Middle-East is coming apart at the seams. And its religious, as well as sectarian battles, will necessarily have reverberations in Pakistan. Our national debt, is more daunting than it has ever been in our history. And our population growth continues to place an insurmountable pressure on natural and State resources.

In the circumstances, while the National Assembly is stuck in the “mujhe kiyo’n nikala” gear, the only hope of policy and legislative reform was from the Senate. However, with the current nomination and election to Senate, there is no reason to hold our breath for institutional and policy dialogue in the Upper House of the Parliament. In fact, it is conceivable that, in the days to come, the candidature of several Senators (e.g. Ishaaq Dar, if he is convicted in the NAB court) will be subjected to judicial review.

For all intents and purposes, this Senate, and its members have become irrelevant for the purposes envisioned in the Constitution. They may continue to hold some sway in the political discourse, but not so much in the national discourse. And this once accepted, is a sad reality.

The writer is a lawyer based in Lahore. He has an LL.M. in Constitutional Law from Harvard Law School. He can be reached at: saad@post.harvard.edu, or Twitter: @Ch_SaadRasool. The Views expressed in this article are authors own and do not necessarily reflect the editorial policy of Global Village Space.