An open letter to Bill Gates: We need cash not chickens! 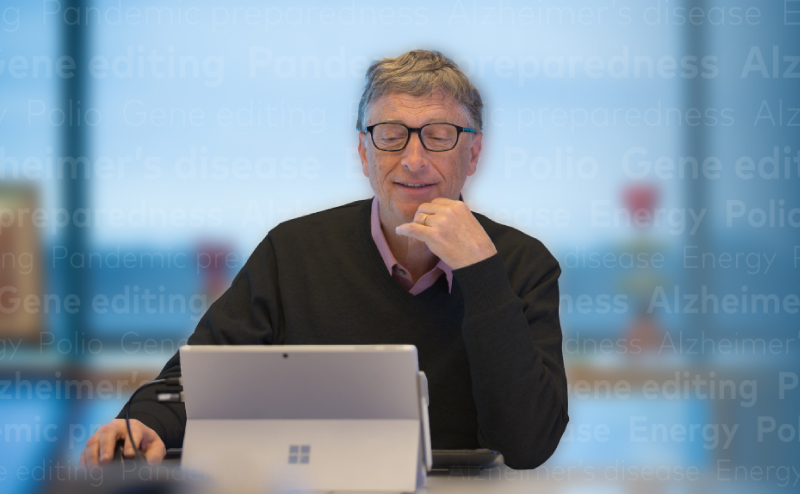 A few weeks ago, you and your wife Melinda released your famous annual letter on global health and development. I’m always a fan. This year you chose to talk about health — highlighting the good news that, by one measure, 122 million lives have been saved since 1990 through the reduction of child mortality rates.

I’m writing you to say that, when it comes to donating to the poor, cash is still probably your best bet.

But I kept thinking to myself, “Where’s the poultry?” After all, you spent a lot of 2016 talking about how chickens can solve world poverty, and how you’d like to help a third of rural sub-Saharan Africans start to raise them (up from about 5 percent today).

“It’s the classic thing of teaching someone how to fish,” you pointed out last year, adding, “Now, if you don’t live near water, then it’s pretty hard to fish.” Hence chickens. It’s true: Chickens offer a decent return on investment, provided that the owners properly tend to them, and they’re tasty in a pinch.

In development circles, there has been a movement in recent years toward directly giving people cash, rather than aid in other forms. You have bristled at that idea. Perhaps it’s because, as your fishing parable suggests, you want people to learn a profitable trade, rather than rely on handouts. I get that.

But I’m writing you to say that, when it comes to donating to the poor, cash is still probably your best bet. I worry someone’s given you only half the truth on chickens. They sold you on the benefits and didn’t tell you how much it all costs. Or how long it will take to pay off. Or why it probably cannot scale up.

I’m also writing to say that both of us are counting our chickens before they hatch. (Sorry — I couldn’t resist.) Given the state of current research, neither of us can say definitively whether livestock or cash is better — or under what circumstances one might be better than the other. But the answer is in easy reach if only someone would conduct a thorough experiment to test the two approaches. It is irresponsible of us not to do so.

But first, let’s talk about poultry. I think we can agree that we can only give away so many chickens. You’ve said that a family that receives five hens could eventually earn $1,000 annually, assuming a per-bird price of $5.

But would that still be true when a third of your neighbors are in the same business? As supply goes up, I’d expect the price and profits to come down. And moving to an economy in which 30 percent of rural Africans sell chickens is a humongous increase in supply.

Giving away chickens probably works best if we give them to just a few of the poor. Sure, we can give out cows and goats too, but that only takes us so far.

Maybe the answer is to diversify beyond livestock — to provide tools and skills that will help families to become productive. In low-income countries, the poor make their living not just through farms, of course, but also shops, food processing, craft-making, and so on.

Here’s the thing. All of these approaches have been tried and studied, and the results are mixed. Livestock is a good example. Two years ago, nine scholars working in six countries tested six programs that gave livestock (mostly goats but some chickens) plus some basic training and support to the poor.

They published the results of these randomized trials in Science. Three years after the program, the average household that was part of the program was earning $80 a year more than households in the control group.

That sounds great, but there are two problems. One is that the average program cost $1,700 per participant. This means that the initial investment takes almost 20 years to pay off. And this was not a 20-year study; it was a three-year study.

To believe livestock is the answer, you have to trust forecasts that extend some 17 years past that. It’s a reasonable guess that people who got livestock will maintain their earnings advantage over that period, but it’s still a guess.

Last year you said, “There’s no investment that has a return percentage anything like being able to breed chickens.” Looking at the research, I’m skeptical of that assertion. You were speaking at a press event with Heifer International.

They run programs much like the ones in the Science study I just mentioned. Maybe Heifer convinced you they get better returns. But a different study says that one of Heifer’s programs cost $3,000 per household.

I’m sure Heifer is trying to do better in future (and can). But nonprofits are going to have to do a lot more to demonstrate the benefits of their projects and drive down costs before I’m convinced that there’s no investment like a chicken.

Read more: Why we want cash not cards for daily transactions

What about teaching people other kinds of skills, beyond animal husbandry? It turns out that training is really expensive too. Even when these programs help poor people build a business, the initiatives almost never pass a simple cost-benefit test.

To see why let’s say a program helps someone earn $2 a day instead of $1. That would be a huge success — an effect more than four times as large as the one identified in the livestock studies, adding up to $1,000 after three years.

Unfortunately most training programs cost much more than $1,000. And most of the studies show that training has much smaller impacts on income than that.

This brings me back to cash. “Give a man a start-up grant,” I say, “and he can buy chickens, or fishing lessons, or open a shop.” Cash is more versatile than livestock or skills. And time and again, the research has shown that the poor make good investment choices when given the opportunity. I propose we give impoverished Africans cash, and to let Heifer offer chickens and services for sale.

I studied a program in Uganda that gave some of the poorest women in the world $150 one-time grants plus some business training and supervision. After two years, households that were part of the program the program earned $202 more per year than the control group.

The program cost $843 per household, most of that paying staff to give the training and supervision. That’s a better return than chickens provide, according to the research. There are a lot of studies that come to the same conclusion.

The program cost $843 per household, most of that paying staff to give the training and supervision. That’s a better return than chickens provide, according to the research. There are a lot of studies that come to the same conclusion.

In the past 10 years, we have learned a simple lesson: The poor generally have good investment opportunities but little access to capital. If you give them capital, such as cash or tools — they tend to invest it, work more (not less) and raise their earnings. Especially the young. That’s why the livestock program worked as well as it did. It’s just another form of capital.

Read more: 8 Men control as much wealth as the poorest 50% the global population?

The thing is, cash is easier and cheaper to hand out than chickens or skills. That’s going to increase returns. It also means its benefits can more easily be spread widely. And that means more poor people helped, and fewer desperate souls staring at the lucky neighbor’s chicken coop wondering, “why did they help her and not me?”

In the end, more than anything else, I want to convince you that by betting on either cash or chickens, you and I are gambling with poor people’s lives. We don’t actually know who is right. But with a little investment, we can find out. The definitive study on this question has yet to be done

Despite the suggestive research that I’ve cited here, no one has run the race between chickens and cash programs. No one has asked whether the expensive training or supervision that often goes along with these things is worth it. No one uses that information to hold organizations like Heifer accountable for being cost-effective. You could.

It would put your intuition about chicken returns to the test. It would be straightforward to run a study with a few thousand people in six countries and eight or 12 variations, to understand which combination works best, where, and with whom. To me that answer is the best investment we could make to fight world poverty.

The scholars at Innovations for Poverty Action who ran the livestock trial in Science agree with me. In fact, we’ve been trying, together, to get just such a comparative study started.

To me that answer is the best investment we could make to fight world poverty. The scholars at Innovations for Poverty Action who ran the livestock trial in Science agree with me. In fact, we’ve been trying, together, to get just such a comparative study started.

Is this just a way to hit you up for funding? Sort of, because — let’s be honest — when was the last time someone said something to you that wasn’t a funding proposal? But I’d be happy to see others run these trials.

My day job is studying ways to reduce conflict, and running a massive cash and chickens trial will pull me away from that. Unfortunately, I’ve never seen anyone try this kind of multi-country, multi-pronged, coordinated trial. Until they do I’ll keep trying to make it work.

I think a few words from you could make those studies happen. When it comes to ending poverty, you could tell people that we don’t know the answer yet, but it is answerable.

You could say: “The future is randomized trials testing different poverty programs against one another in many countries, focusing on cost-effectiveness.” That sentence is short enough for a tweet. And that one tweet, with some money to back it up, could change the world.

The author, Chris Blattman is Ramalee E. Pearso, is Professor at the University of Chicago’s Harris School of Public Policy and at the Pearson Institute for the Study and Resolution of Global Conflicts. He writes about international development and security issues at ChrisBlattman.com

This piece was first published in VOX.

Politics of brinkmanship: The making of new political legitimacy crisis in Pakistan?