Anti Iran Coalition: Arab countries talking with US for a military alliance 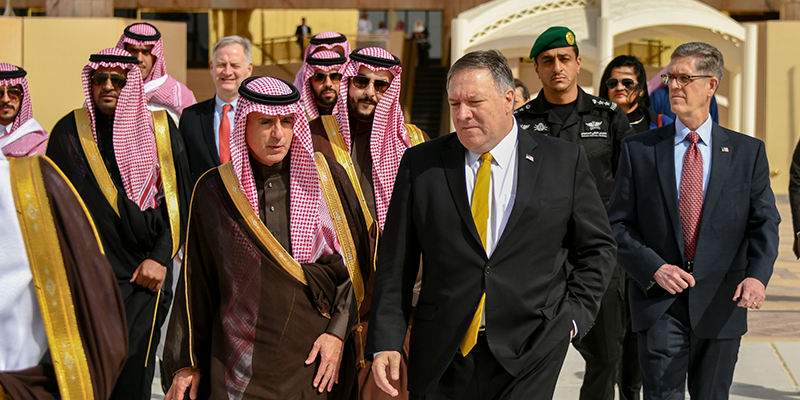 Arab countries are in talks with the United States for a new security agreement to protect the Middle East from “external aggression”, Saudi Foreign Minister Adel al-Jubeir said on Sunday.
“The aim is to achieve security arrangements in the Middle East that can protect the region from external aggression… and strengthen relations between the United States and the countries of the region,” Jubeir said.

The Saudi minister was talking at a news conference at the end of a Gulf Cooperation Council summit in Riyadh. Asked about reports of talks on the creation of an Arab-American military alliance against Iran, he said: “Talks are continuing between the United States and the Gulf states around this question and ideas are being drawn up”.

“It’s a work in progress and the two parties want to see it happen,” said Jubeir, adding that the alliance would include Egypt and be called the Middle East Strategic Alliance, or MESA. Media reports have indicated in recent months that an Arab-American anti-Iranian alliance could emerge and that it would be similar to NATO.

Trump wants illegal immigrants to be excluded from future census