Delhi High Court Judge who blamed BJP for anti-Muslim violence has been transferred. Have a look at the timeline of major communal riots in India. 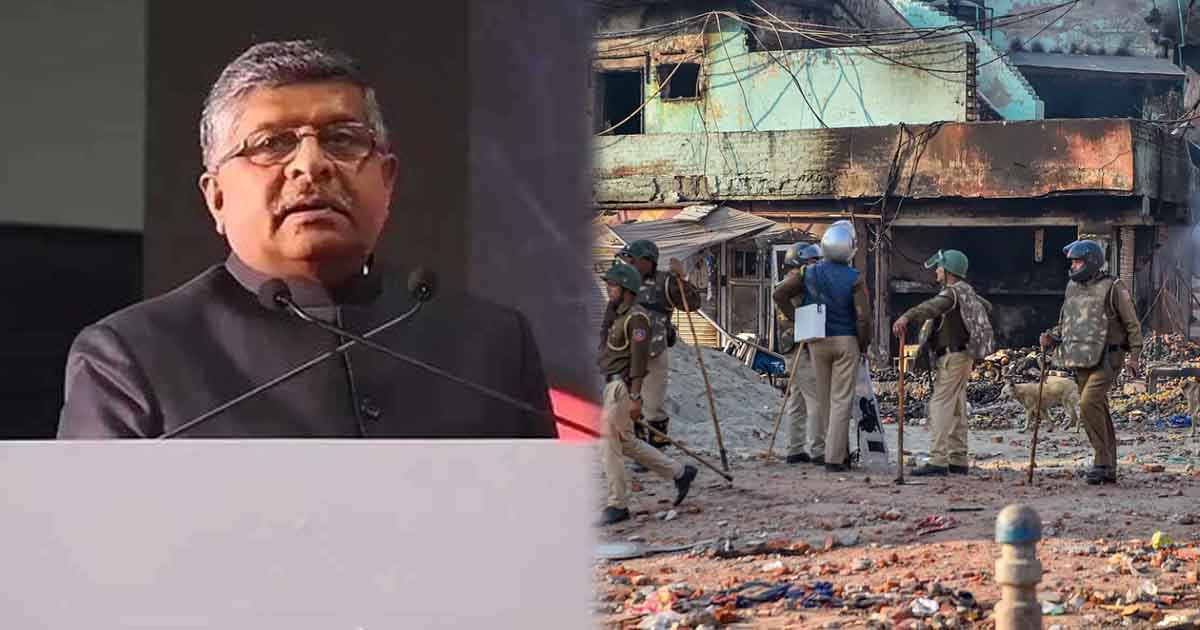 Judge of Delhi High Court who pulled up the police and government for their failure to contain communal riots in the Indian capital was transferred late on Wednesday.

A communique issued by Indian President Ram Nath Kovind around midnight stated that Justice S. Muralidhar is being transferred to the Punjab and Haryana High Court. He was also asked to take immediate charge of his new posting.

Hearing a petition, the judge on Wednesday had questioned the role of ruling Bharatiya Janata Party (BJP) leaders and few union ministers for their alleged hate speeches, believed to be the reason behind the rioting.

1/2 Judge Muralidhar was under transfer to Chandigarh for entirely opaque reasons but to abruptly ask him to leave day after a midnight hearing at his residence in Delhi that must have saved many lives manifests the arrogance of a Govt punch drunk on Power. #StandwithMuralidhar pic.twitter.com/osltg0v1hA

At least 35 people were killed and over 200 were injured in clashes since Sunday, which erupted in the North-East part of Delhi between pro- and anti-citizenship law protesters. Justice Muralidhar had asked the government to file cases against these leaders.

Defending the transfer, the government said the Supreme Court collegium had already recommended his transfer along with two other judges on Feb. 12. However, the opposition party and civil society groups have criticized the timing of the move.

Senior Congress leader, Randeep Surjewala described it as an attempt to browbeat the judiciary in the country.

“The entire country is shocked but no longer surprised at the brazenness, maliciousness, and high-handedness of the government which will go to any lengths to shield those who have, on record, given hate speeches and sown the seeds of discord that we see ignited today,” said Surjewala in a press statement.

He alleged that the judge was transferred by the government to save ruling BJP leaders in Delhi violence case.

Union Law Minister Ravi Shankar Prasad, however, accused the Congress of politicizing a “routine transfer”. He said that the transfer of the judge was as per a well-settled process.

“By politicizing a routine transfer, Congress has yet again displayed its scant regard for the judiciary. People of India have rejected the Congress party and hence it is hell-bent on destroying the very institutions India cherishes by constantly attacking them, “Prasad said in a statement.

Delhi is witnessing worst violence than two months after the government passed the contentious law, which grants citizenship to non-Muslim religious minorities escaping persecution in three neighboring countries — Pakistan, Afghanistan, and Bangladesh. Critics see the new law as unconstitutional and discriminating against Muslims.

India, home to nearly 200 million Muslims, has witnessed several communal riots after its independence from the British empire.

Running battles between Hindu and Muslim groups which started Feb. 24 in the Indian capital Delhi have claimed 22 lives so far and injured over 150.

The violence spiked as U.S. President Donald Trump arrived in India on Monday on a two-day maiden visit.

Delhi Chief Minister Arvind Kejriwal has called the situation “alarming” saying the army should step in to take control.

The clashes first started between protesters for and against a controversial citizenship law in the country, home to around 1.3 billion people. But they have since taken communal overtones.

Activists and opposition politicians have described the legislation as divisive, discriminatory and against Muslims as well as the country’s secular constitution.

More than 2,000 Muslims, who were labeled as foreigners, were killed in the northeastern Assam state. This blood-curling violence went on for six hours on Feb. 18.

For five days, starting Oct. 31, reports claim 2,800 to 8,000 Sikhs were killed across India. The violence, however, was centered in Delhi.

A series of anti-Sikh pogroms were launched after then-Prime Minister Indira Gandhi was shot dead by her Sikh bodyguards.

Hindu mobs attacked and destroyed the historical Babri Mosque in Ayodhya city of the northern state of Uttar Pradesh. The mosque was built by 16th-century Mughal Emperor Babur.

Nearly 1,000 people, mostly Muslims, were killed in the western state of Gujarat on Feb. 28.

Another 2,500 were injured as Hindu mobs went on a rape, loot and kill rampage.

Some 20,000 Muslim homes and businesses and 360 places of worship were destroyed. Roughly, 150,000 people were displaced.

The two-month violence took place when Prime Minister Narendra Modi was chief minister of the state.

The riots started after Muslims were blamed for allegedly burning a train which left 59 Hindu people dead.

Previous articleShehbaz Sharif won’t come back until Nawaz’s surgery, PML-N
Next articlePM Imran’s one visit to Qatar: What should Pakistan expect?

24 July 2021
Previous articleShehbaz Sharif won’t come back until Nawaz’s surgery, PML-N
Next articlePM Imran’s one visit to Qatar: What should Pakistan expect?