Anupam Kher, veteran Bollywood actor, under fire for presenting his solution for the Kashmir issue through mass killings of unarmed Kashmiri civilians. 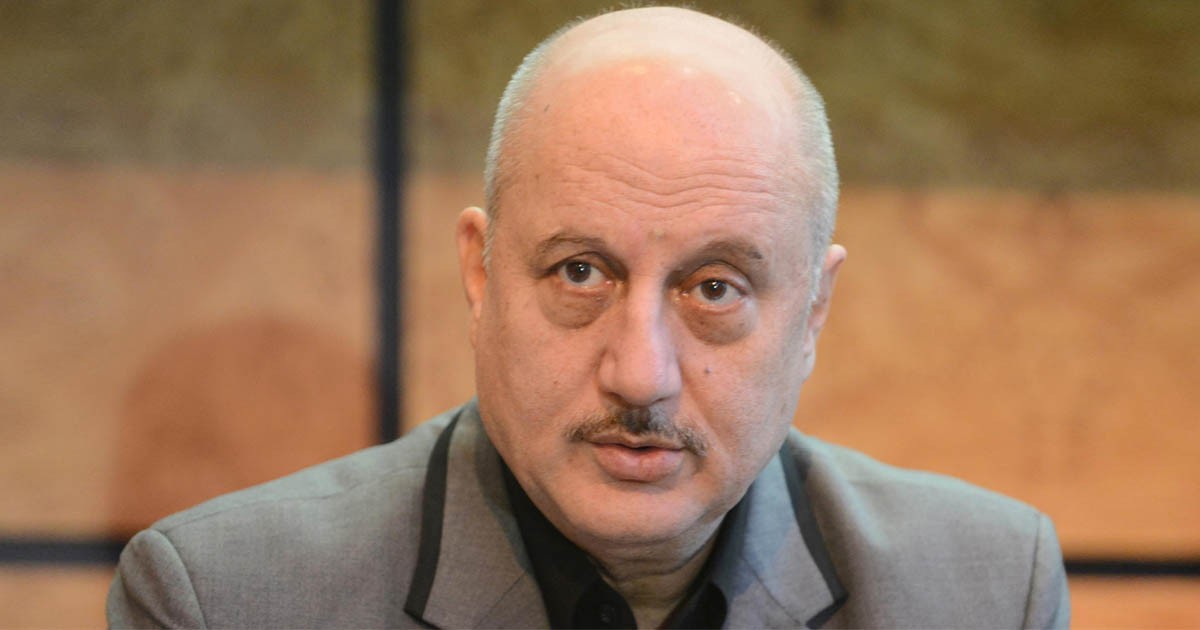 Indian actor Anupam Kher confronted fiery remarks on social media from Pakistani and Indian Twitter users for advocating the intensification of Kashmir operation by the Indian government that is leading to precarious border situation between Pakistan and India on LOC.

Bollywood actor Anupam Kher, the staunch proponent of Hindu nationalist government of BJP, lauded the Indian military’s heightened aggression in the region in his tweet and vouched for India’s tactic of solving Kashmir issue through acute coercion and genocide of thousands of Muslim Kashmiris.

In a fresh wave of insurgency, the Indian government has deployed additional 10,000 Indian troops in the disputed region of Kashmir implying for a massive lock-down in the valley, shutting down all sources of communication, while intensifying the abuse of its military power with the house arrest of local political leaders.

Kashmiris are locked down and petrified. Meanwhile, these guys down south are getting the champagne out. pic.twitter.com/we6vWwFvgz— Arif Rafiq (@ArifCRafiq) August 4, 2019

On Monday, Kher tweeted, “Kashmir Solution has begun.” His tweet irked the sentiments of thousands of Pakistani Twitter users who share brotherly relations with Muslim Kashmiris.

Anupam Kher, who himself hails from the mountainous valley, is a Kashmiri Pandit and have several times backed PM Modi’s policy of aggression in Jammu Kashmir. His wife Kiron Kher, a Bollywood actress, is a Member of Parliament from the party.

“Final Solution” was proposed in Germany during 1936 and in Rwanda during 1994.
I shudder to think that it is the same Final Solution being proposed.— Brijesh Rawat (@LordBrijesh) August 5, 2019

Reportedly, Kher had earlier stated “all the issues in the Valley will be resolved if Article 370, which provides special autonomous status to Jammu and Kashmir is abolished”. Anupam Kher is a prominent voice of war-mongering narrative of the Indian government and massively supported India’s recent provocations on LOC in February.

Disgusted to have ever been a fan of your work. You are merely a shameless creature. https://t.co/u9kkM5dGlg

In a retaliatory tweet, Kher reminded his critics of the genocide of Kashmiri Pandits in 1990 and asserted it is the right time to ‘avenge’ the killings of Kashmiri pandits through Muslim genocide.

Thousands of Pakistani users were disillusioned with Kher’s scornful statement, and lamented supporting his work and pledged to boycott his movies from now on. Meanwhile, Pakistani celebrities stood in support of the Kashmiris brothers. They are slamming India’s abrogation of Article 370, which will revoke the Jammu Kashmir’s special status.

Many of the international commentator and celebrities disapproved Anupam Kher’s sinister tweet on the Indian government’s brutal treatment of thousands of Kashmiris and stated that Prime Minister Narendra Modi is a modern personification of Hilter, the perpetrator of the genocide of millions of Jews.

Hitler had also a ‘Final Solution’! Nuremberg is not needed, there is already an ICC at The Hague. https://t.co/QY2VYUOqMB— Ashok Swain (@ashoswai) August 5, 2019

Anupam Kher is an antagonist of Pakistan and Kashmir and has been observed fuelling hateful sentiments against minorities.

80 years ago, Hitler devised a Nazi plan for the genocide of Jews and called it the 'Final Solution'#KashmirBleeds https://t.co/dq5WyOEyYN

In February, Anupam Kher’s account was hacked by Turkish hackers. The hacker allegedly made a series of Pro-Pakistan and Pro-Turkey tweets in Turkish from Kher’s account, and the message of ‘Love Pakistan’ appeared from all the three hacked accounts.

He is a nonsense! If creating such panic in valley is a solution then we should never have people on our side..— Annesha Dutta (@Bongdutta) August 5, 2019

The hacker changed the actor’s Twitter handle from “AnupamPKher” to “AnupamPKherTC,” resulting in losing the blue-tick that signifies it as a verified account.

Hey @UN_Spokesperson: Can you confirm that this man cheering Indian military aggression in #Kashmir is one of your ambassadors? @antonioguterres @UN https://t.co/3BzTp8liJz— Idrees Ahmad (@im_PULSE) August 5, 2019

Another tweet from Kher’s account appeared that said:  “Your account has been hacked by the Turkish cyber army Ayyildiz Tim. Your DM correspondence and important data have been captured! I Love Pakistan.” The 12 million followers on Kher’s account were offended by the alleged pro-Pakistan tweets that appeared on the account.

Kashmir locked down as Indian forces warn against protests

Indian Muslims unite to save their Religion and Country