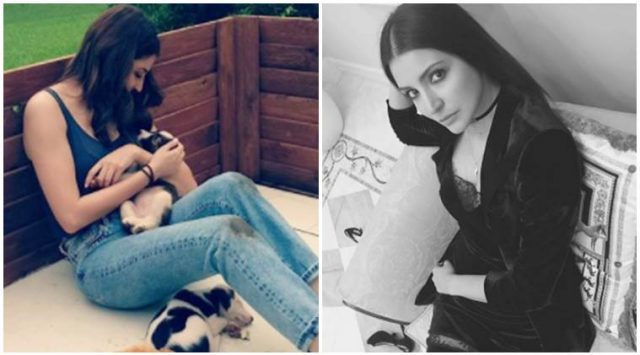 Anushka Sharma has won an appreciation title for her tireless efforts towards animal rights. The newlywed was titled as Person of the Year by ‘People of Ethical Treatment of Animals’ (PETA) in India.

The actress is known as a strong proponent of animal rights. On several occasions, she has called out her fans and followers to realize animals rights.

She has expressed her disappointment over how unethically animals are treated on the streets.

She launched a campaign called ‘PAWsitive’ in which she demanded to put a ban on the cruel carriage rides in Mumbai.

Most often horses are used cruelly in carriage rides to haul passengers in the city.

She believes it is unfair to force animals to pull heavy carriages in extreme temperatures without adequate rest and food.

Fell in love with those eyes ❤

Spent the day at Udaipur’s animal rescue & shelter, @animalaid_india. Some really incredible work is being done by Jim, Erika, Claire, Neha, Raj & others. Please do visit the place or donate towards the efforts being done by them for animal care http://animalaidunlimited.org. To experience what the true power of being a human is, is to spend a day in the care of voiceless & injured animals Feeling so so blessed & inspired

The actress made extensive efforts to protect the dogs from fireworks as well.

“PETA is calling on everyone to follow her lead by eating healthy plant-based meals, helping community animals by speaking up when they are suffering, and always keeping an eye out for new ways to help animals,” Bangera added.

The ‘Jab Harry Met Sejal’ actress, being the animal lover that she is,  has an adopted dog name dude.

In 2015, the actress was named as the hottest vegetarian celebrity by PETA.

WHO warns of new phase of virus as pandemic continues surge