Muslims in India have shown their concern regarding Modi's second turn. If Modi came to power Muslims fear of being pushed further down. Other parties have surrendered to anti-Muslim rhetoric generally prevailing in India. Muslims hopes of better time and calls for a united India setting aside "Hinduvta" mindset. 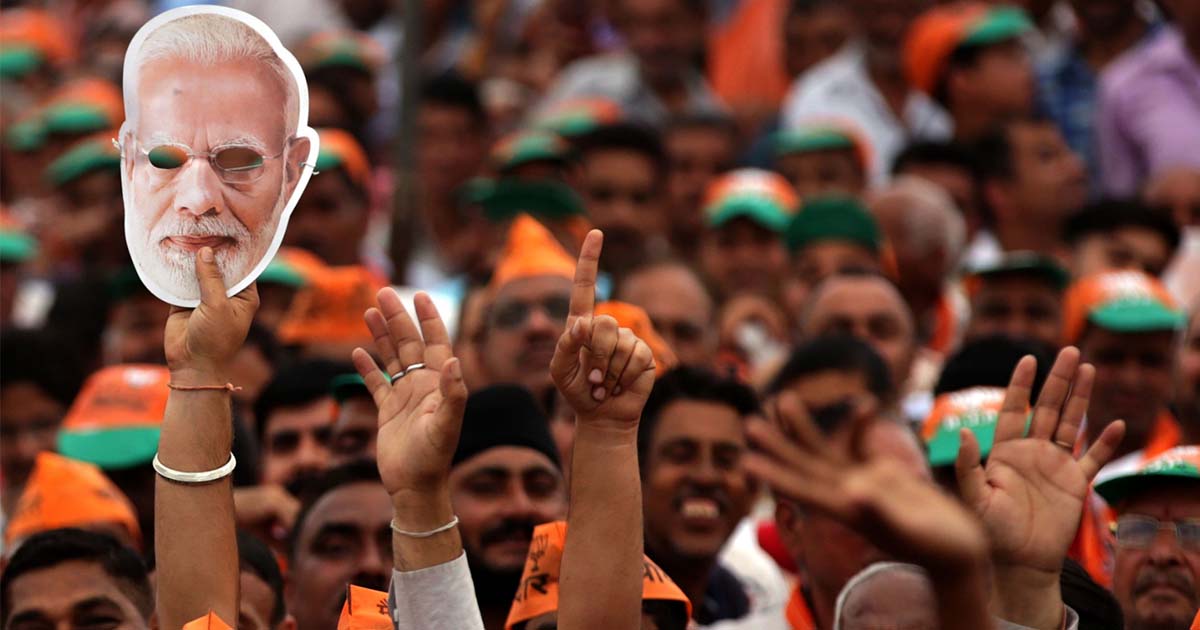 At their usual evening gathering, six retired Muslim academics outdo each other with gloomy predictions if Narendra Modi is re-elected prime minister in India’s polls ending Sunday. “We are one step away from being turned into second-class citizens,” Mohiuddin Azad told AFP in Azamgarh, a northern city long associated with Islamic scholars and poets.

“If Modi again comes to power we are doomed,” said the retired Arabic professor from Uttar Pradesh, India’s most populous state. “The first term was a dry run for the BJP. Once they return to power they will put their long pending agenda into action,” echoed Hassan Khalid Azmi, a former chemistry professor.

A string of lynchings of Muslims by Hindu mobs over so-called cow protection — a sacred animal for many Hindus — and other hate crimes has sown fear and despair in the community.

Modi’s Bharatiya Janata Party (BJP) owes its origins to Rashtriya Swayamsevak Sangh (RSS), a militaristic group that has long espoused “Hindutva”, or Hindu hegemony, and making India an exclusively Hindu state. India, however, is also home to 170 million Muslims, the world’s second-largest Muslim population, in the Hindu-majority but officially secular nation of 1.3 billion.

Since Modi stormed to power in 2014, many Muslims feel constantly under threat. Several cities with names rooted in India’s Islamic Mughul past have been re-named, while some school textbooks have been changed to downplay Muslims’ contributions to India.

A string of lynchings of Muslims by Hindu mobs over so-called cow protection – a sacred animal for many Hindus – and other hate crimes has sown fear and despair in the community.

There has never been much appetite among Muslims for their own political party, with many feeling that the existing parties can represent them. But this is changing. In the outgoing parliament there are 24 Muslim MPs out of 545, none of them from the BJP, down from a peak of 49 in the early 1980s and the lowest since independence in 1947.

Modi’s BJP has fielded seven Muslim candidates in the current election – the same as 2014 when none won – while the main opposition Congress led by Rahul Gandhi has 30. In Uttar Pradesh state polls in 2017, the BJP did not field a single Muslim candidate despite one in five of the state’s 200 million people being Muslims.

The state’s chief minister is Yogi Adityanath, a firebrand Hindu monk from Modi’s party notorious for his anti-Muslim rhetoric and touted by some as a possible future prime minister. And it’s not just the BJP.

Political support dying for Muslims due to BJP

Critics say that Congress and other parties have also shifted to a “soft Hindutva” for fear of losing support from the majority Hindu population, seeing Muslims as an electoral liability. Gandhi has made a point of visiting Hindu temples during the current election campaign, stressing his devout beliefs.

The Muslim community’s problems have been compounded by a lack of a strong and independent leadership. “Since independence Muslims never had a leader,” said Asaduddin Owaisi, probably India’s best-known Muslim MP, the head and only MP for his All India Majlis-e-Ittehadul Muslimeen party.

The main parties, he told AFP at his home in Delhi, do not allow Muslims to rise through the ranks, something that is worrying for the future of Indian democracy. “Indian democracy’s success is based on participatory democracy and not majoritarian democracy,” Owaisi said.

There has never been much appetite among Muslims for their own political party, with many feeling that the existing parties can represent them.

Sarvar Ahmad, an Islamic cleric from Azamgarh, said that the political marginalization has happened gradually under successive governments. “We have been labeled as baby makers, terrorists, parasites and unpatriotic under various dispensations in independent India,” Ahmad told AFP.

Azamgarh, home to 450,000 people – 15 percent of them Muslims – is a special place for Muslims and its Shibli College has long been a pioneer in Muslim education. But the region earned notoriety in the late 2000s for being the epicenter of a network of alleged Muslim militants allegedly behind a series of deadly blasts across the country.

According to Rizwan Ashraf, a student, this was a big factor in exacerbating divisions between Azamgarh’s communities, who for centuries lived mostly in harmony. “Our political space automatically shrunk. Who would vote or ally with Muslims when they are portrayed as violent and terrorists?” he said.

But over the past five years of BJP rule, these narratives have been shriller. “Being a Muslim in India is like a scandal. Everyone wants to stay away from us,” he said.

Prime Minister of Pakistan given wrong advice on not going to UN General Assembly – Dr. Syed...