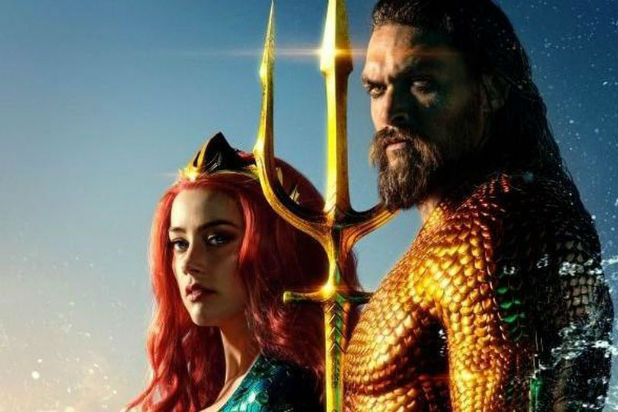 Facing facts, most of us can admit that the DC cinematic universe has been at least somewhat disappointing – colossally disappointing in fact, when compared to Marvel. That doesn’t mean there haven’t been good films, characters, and moments, but for the most part the whole thing has been a drag. To quickly give DC its due, let’s consider some of the successes we’ve seen….

The ‘Man Of Steel’ Trailers

When the trailers for ‘Man Of Steel’ were coming out, Den of Geek commented on them by saying they gave us an early look at what the team that revitalized the Caped Crusader, Christopher Nolan and David S. Goyer, had planned for Superman. Isn’t that quite a trick? At the time, fresh off ‘The Dark Knight Rises,’ with a similar tone in trailers and Nolan’s name plastered across the screen, that’s what it felt like this was going to be. Anticipation for ‘Man Of Steel’ couldn’t have been much higher as a result; it was legitimately exciting. Alas, Nolan was but a producer, and director Zack Snyder proved far less interesting in his approach, so the trailers were ultimately misleading. But in all seriousness, on their own they were a success, and they likely contributed to a bad movie still making nearly $700 million worldwide.

In its infancy, the DC film universe was accompanied by a pretty cool selection of games, which weren’t directly related, but which did give DC a bit of clout in modern entertainment. The Injustice games for instance were uniquely awesome among fighting games. Where others involve invented characters exclusive to their own fighting games, the Injustice titles roped in DC heroes and villains to appeal to a wider range of fans. Likewise, some DC-licensed games in the casino arena were a treat for a certain type of gamer. Simple yet entertaining games akin to those in real casinos dominate this space – Starburst, Fruit Slots, etc. – but DC added an exciting new angle with slot reels featuring its own characters. And then of course there was the Arkham Asylum series, which to date may represent the peak of superhero gaming. Again, none of this was directly related to the films, but it does all amount to a DC success
heading into the cinematic effort.

Keeping things brief here, I’ll simply say that ‘Wonder Woman’ is the only good film DC and Warner Bros. have produced since the Nolan trilogy. Not only was it the first superhero movie to start a female lead – something Marvel is only just about to do in 2019 for the first time – it happens to be a well-crafted, thoroughly entertaining film. It represents the first and only time that this entire franchise has appeared to have a meaningful future.

As far as this writer is concerned, that just about says it all. Though I’d add one more thing that brings us closer to the point of this piece: the casting of Jason Momoa as Aquaman.

Simply put, Jason Momoa is one of the coolest cats in show business. Having initially exploded onto the scene as the infamous Khal Drogo in ‘Game Of Thrones,’ Momoa has since become known as a bona fide real world badass. He’s the Hawaiian Thor, an actual marine biologist (is he actually Aquaman?), a student of Tibetan Buddhism, and a quasi-spokesman for Guinness. He’s just one of those rare famous figures who makes you feel like he does whatever he wants, and this, combined with his acting talents and incredibly imposing figure, makes him a rising movie star. He’s a flawless pick for the role of Aquaman.

And that makes it worth asking if the movie ‘Aquaman’ could in fact save the DC cinematic universe. Because to some degree there has been a casting issue on top of sloppy filmmaking. Henry Cavill, while looking perfect for the role of Clark Kent/Superman, played the part too stiffly to be adored by fans. Jesse Eisenberg, an intriguing choice as a young Lex Luthor, tapped too far into his eccentricities and wound up feeling a touch too clever. And Ben Affleck always felt like something of a contrived choice for a quickly rebooted Bruce Wayne/Batman. These are all subjective opinions, though they are at least somewhat backed up by critical consensus.

Momoa is more in the Gal Gadot category, which is to say he is equally exciting and intriguing. Gadot was widely viewed as an excellent choice for Wonder Woman, and she was electric in the role. Momoa has the same kind of good faith from fans behind him heading into the release of ‘Aquaman.’ That doesn’t mean it will automatically be a good film; in truth, the trailers look somewhat silly. It does, however, give ‘Aquaman’ a nice boost to begin with, and it introduces the question of whether another standalone project might in fact lend hope to the DC cinematic universe. If ‘Aquaman’ is as good as ‘Wonder Woman,’ the company may yet have something in the works, and could move forward while almost dismissing the relative debacles of the early ensemble projects.