Are ‘looters’ and ‘VIP prisoners’ even interested in NRO?

PM Khan and Firdous Ashiq Awan have ruled out any possibility of striking a deal – commonly referred to as NRO – with ones facing graft cases, standing trial or in jails. On the other hand, ex-president Asif Ali Zardari has said that PM Khan has no authority to give NRO. Meanwhile, PML-N’s Maryam Nawaz has said that neither has she asked nor the government could give any relief – NRO. 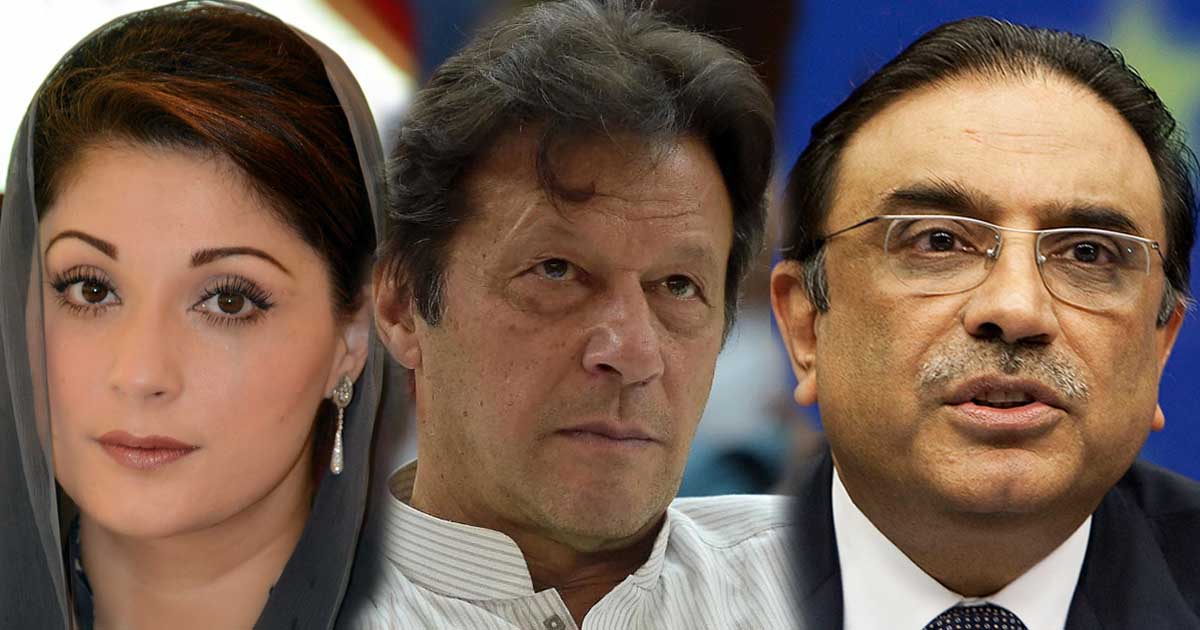 Pakistan Tehreek-e-Insaf (PTI)-led government has made it clear that those who looted and plundered the country will have to face accountability and no one can escape punishment even if they ask for NRO or striking of a deal in assemblies.

In separate statements, Prime Minister Imran Khan and the Special Assistant to the Prime Minister on Information and Broadcasting Dr Firdous Ashiq Awan ruled out any possibility of striking a deal – commonly referred to as National Reconciliation Ordinance (NRO) – with ones facing graft cases, standing trial or in jails.

On June 21, PM Khan said that those involved in looting and plundering will have to face the law and will be held accountable. He said it during a meeting with a delegation of the Pakistan Muslim League-Quaid (PML-Q) led by PML-Q leader Chaudhry Shujaat Hussain and his brother Chaudhry Pervaiz Elahi – the incumbent speaker Punjab Assembly.

Interestingly, PM Khan had once declared Pervaiz Elahi ‘the biggest dacoit of Punjab’ but later allowed him to become speaker Punjab Assembly.

During the meeting, the PML-Q leaders vowed to continue their unconditional support for the government. Elahi assured his complete support and assistance to PM Khan in getting the budget approved in both the national and the Punjab assemblies. In response, the premier thanked the PML-Q leaders for their unconditional support to the government, which, he said, would continue to work alongside its coalition partners.

While reiterating his vision for across the board accountability, he said, those involved in looting and plundering would have to go through the process of accountable.

Meanwhile, Dr Firdous Ashiq Awan said on Friday that a ‘VIP prisoner’ – apparently referring to the former president Asif Ali Zardari, who is in NAB custody these days in connection with his alleged involvement in the fake bank accounts cases – asked to stop the process of accountability and sought NRO in hidden words during his speech in the National Assembly.

While talking to media, Awan said: “No one can escape punishment. The law applies to everyone. This is Imran Khan’s Naya Pakistan.” She added: “It was the prime minister’s determination to start the process of accountability from the powerful and it is a win for the prime minister that the powerful are in the hands of the law.”

Maryam revealed that her incarcerated father Nawaz Sharif had suffered a third heart attack in Adiala Jail last year and it had been concealed from the family.

Referring to the PM’s meeting with the PML-Q leaders, Awan said that the coalition parties have assured of full support on budget and other matters. She said that PML-Q was playing its role in the center and Punjab in making sure the budget is passed.

Imran Khan has no Authority to Give NRO: Asif Zardari

In his media talk, the ex-president said that there was no chance of entering an alliance with the ruling PTI government as Imran Khan didn’t come into power through political power and he doesn’t value democracy.

Zardari said the premier doesn’t have a sense of problems being faced by the masses, adding that: “PM Imran doesn’t have the authority to give NRO to anyone”. To a question, the PPP co-chairman said the anti-graft watchdog has treated him with respect.

Neither Asking Nor Government could Give Any Relief: Maryam Nawaz

In the meantime, Pakistan Muslim League-Nawaz (PML-N) vice president Maryam Nawaz said that neither PML-N has asked nor the incumbent government could give any relief – NRO. Maryam ruled out all possibilities of any support to the government. During the press conference in Lahore on Saturday, she also commented on different standards for different people in the country.

Maryam revealed that her incarcerated father Nawaz Sharif had suffered a third heart attack in Adiala Jail last year and it had been concealed from the family. She said her father was in need of another bypass and if his health deteriorates, all those involved would be held responsible.

“This is not Egypt and Nawaz is not Mohamed Morsi,” she said.

In response to the questions on the government and opposition political parties reaching a charter of economy, the PML-N leader said that signing such a deal would be equivalent to giving an NRO to the leading party. “It is however for the leadership to decide what will be PML-N’s next plan of action,” she said.