“PTI is trying to kill Nawaz and Zardari”

PML-N and PPP are demanding special treatment for Nawaz Sharif and Asif Zardari in jail. However, Political analysts believe that nobody is above the law and must, therefore, be treated accordingly. The opposition is alleging PM Khan and his team for the diseases Nawaz and Zardari have. 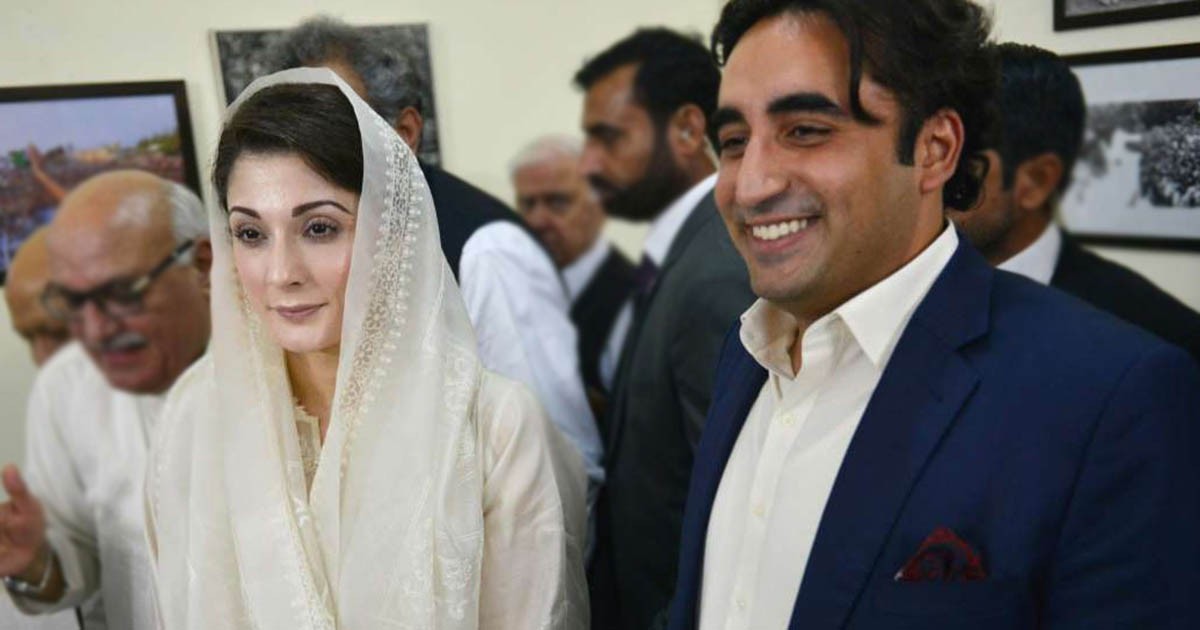 Once again opposition parties in Pakistan are using the “Bemari card” to target the government of Pakistan Tehreek-i-Insaf (PTI). Two mainstream political parties, Pakistan Muslim League-Nawaz (PML-N) and Pakistan People’s Party (PPP), have accused the prime minister of playing with the lives of Nawaz Sharif and Asif Ali Zardari in the custody. Both leaders, allege the opposition, are not being provided with better health facilities which can be life-threatening for both opposition leaders.

Visited my father in jail he is being held without being convicted of any crime. can confirm news below is true. Govt doctors advised he be taken to hospital but govt is refusing. We are going to court. If anything happens to him govt will be responsible. https://t.co/dHdXbRu3C9— BilawalBhuttoZardari (@BBhuttoZardari) August 27, 2019

This is not for the first time that the opposition parties are using ‘illness’ to seek political concessions. In Pakistan, it has become a trend that influential people fall ill when they are arrested due to some illegal activities. Chief Justice of Pakistan Justice Asif Saeed Khosa has once asked how everyone who was arrested by NAB fell ill and remarked that NAB should construct a state-of-the-art hospital to treat those people. He further said that some people were exploiting the law that allows prisoners with health problems to be transferred to a hospital. “It has become a regular practice,” he claimed. “Medical boards grant favours to people accused of crimes.” Justice Khosa was hearing Sharjeel Inam bail application on December 2017.

In the case of Nawaz Sharif, his daughter, Maryam Nawaz, left no stone unturned for her father’s release. But the premier has made it clear that he won’t offer any NRO without getting the looted money back to Pakistan.

PML-N’s President and leader of opposition in the National Assembly of Pakistan expressed his concerns over the government’s “apathetic attitude” towards the health of Nawaz Sharif.  The former Prime Minister is serving a seven-year imprisonment in Kot Lakhpat jail in the Al-Azizia Steel Mills case.

Shahbaz Sharif also alleged that the PTI government was not providing adequate health facilities to the former prime minister and even denied him a cardiac ambulance. “This is the worst kind of political revenge. Depriving a patient of treatment is tantamount to killing him,” he said, adding that Imran Niazi would be responsible if anything happened to Nawaz Sharif.

Dr. Adnan Khan, a personal physician of the former prime minister, has written to the Punjab chief secretary, asking the provincial government to provide Mr Sharif with specialized medical care round the clock. He said Mr. Sharif had not been provided adequate “medical facilities to cope with multiple co-morbidities which cannot be treated from within the jail premises”.

After outlining the diseases Nawaz has, the doctor highlighted that imprisonment can lead to serious problems for him. He said Mr Sharif’s health could be affected during imprisonment. “Restrictions on access to proper medical care during incarceration are violative of his constitutional rights to life, dignity and equality. It is requested that proper medical facilities and care be provided to Mr Sharif,” he demanded.

They said the PTI government should not play with someone’s life. The court should take notice of this mistreatment as ‘selected’ PM Khan was misusing his authority by targeting his political opponents. “Selected PM wants PPP chairman Bilawal’s voice to be silenced as he always speaks the truth which is why the PTI government is concerned. This is not the first time that the PPP leadership has suffered in jails and that this will only strengthen the party’s resolve to fight tyranny,” Ms. Shah said.

Political commentators believe that both the PPP and PML-N are making all possible efforts to seek political concession since both have failed to get any relief from the courts. In the case of Nawaz Sharif, his daughter, Maryam Nawaz, left no stone unturned for her father’s release. But the premier has made it clear that he won’t offer any NRO without getting the looted money back to Pakistan. The same has been stated about the former President, Asif Ali Zardari. These are the fresh attempts to seek public sympathy and get concessions from the courts or government.