Are you ready to play under Khan’s captaincy? 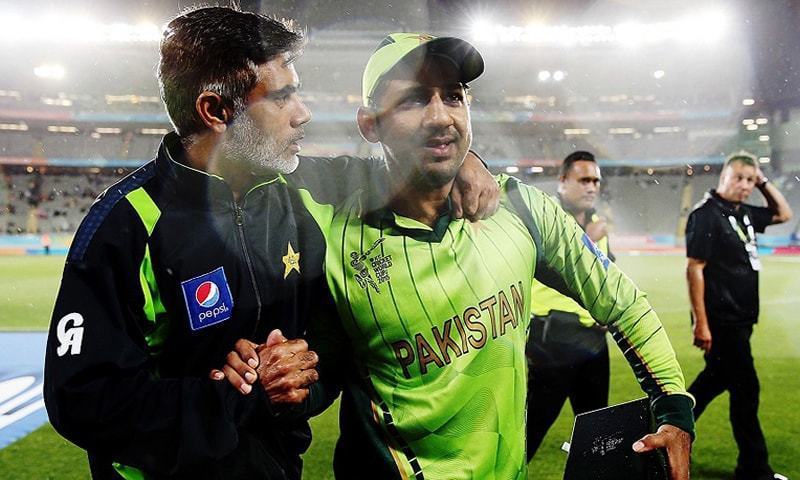 Pulling the right strings, Khan spoke with heart. Great body language, pain in his eyes, compassionate, empathetic, substantive, spirited, determined, visionary, and emotionally connecting inaugural address of the Prime Minister Imran Khan to the nation was almost perfect. There was no fabrication in it. He simply poured his heart out. The words of charismatic and spirited Khan had no place for offensive language, any loose comment, and he did not hit on any of the internal or external stakeholders with any harsh comments.

Rhetoric-less and coherent speech reminded everyone of his honesty with his nation. August 19 was not an ordinary day and the speaker, likewise was extraordinary too who managed to remind all of us that why he deserves to lead this struggling fragile country. He was the same man who slept under a hot night sky in Nagarparker, Tharparker in 1997 leaving behind his luxury life to take charge for his nation. He marched to tribal areas with a bunch of people against the war on terror.

A man, known for performing exceedingly well under pressure surely felt the burden of impoverished and poor.

Alas! This nation took 22 years to comprehend his true intentions and pain he carried through this long, tiring and hard journey to serve his motherland. If one sums up, it was the sheer determination and undying, unraveling attitude to his mission and vision which brought him home. And what a homecoming it has been. Imran proved that his passion to serve the poor and deprived segment of this country knows no bounds. All was visible on the face. His body language said it all.

Social media erupted with praise for this ‘man on a mission’ to avert the crises and revolutionize this country. His critics including common people, political pundits, analysts, social activists, and others, almost unanimously praised him for the empathy, pain, sorrow which he feels for poor classes. Accolades from all around for presenting a national agenda in a well-articulated and well-targeted speech can uplift the spirit of his team. Kaptaan is all geared up to lead his team from the front.

In contemporary history, no world leader has struck the right chord as King Khan did in his speech. He gave Goosebumps to the listener across the globe. A visionary opted for a consolidated effort and seem to have understood that solution to this country is not in confrontation. After Khan’s remarkable show, it’s evident that why did he stumble during his oath-taking ceremony. A man, known for performing exceedingly well under pressure surely felt the burden of impoverished and poor.

His intentions are clear. Khan has presented his agenda for local and national social and political reforms. One of the crucial aspects of Khan’s address was his decision to keep the interior ministry under his wings. It means all the intelligence and law enforcement agencies will be directly answerable to Khan. He is looking to directly supervise the police in Punjab in particular. The idea is to use former IG-KP, Nasir Durrani in an advisory role in Punjab Cabinet to overhaul the Punjab police replicating KP’s model.

The slogans of danger to ‘democracy’ may impede Khan’s way but he must use the masses to see-off such aggression.

Since in campaign trail, Khan primarily addressed the issue of money laundering and graft. The decision to establish a task force to bring back money and to eradicate the plunder in the future is key to economic revival. Pakistan heavily relies on workers remittances to make dollar payments. Every year Pakistan receives approximately $20 billion and at the same time, mafias launder sums of almost $10 billion outside the country.

Currently, Pakistan is facing the trade deficit of $25 billion and is looking at IMF ($10-12 billion), and Saud Arabia ($4billion) and others to bridge the gap. Khan’s direct control of law enforcement to stop this plunder and Taskforce under former governor SBP-Dr Ishrat Hussain would implement austerity measures in all department of the country to revive the ailing economy. The tagline for Khan’s mission possible is that “I will fight the corrupt. Either this country will survive or the corrupt people.”

Read more: Pakistan at a crossroads as Imran Khan is sworn in -James…

After the successful performance in KP, Khan is willing to replicate some of the policies. For example, PTI led coalition government is introducing the Whistleblower act. Anyone identifying corruption will get 20-25% of the money saved from corruption due to him/her. Measures to resolve economic challenges, institutional reforms, judicial reforms, FBR reform, education emergency, climate change, water resource emergency, civil service reforms, right to service act, and devolution of power in new local Government system, fast-tracked FATA merger, Karachi’s revival, jail reforms, stern actions against Child abuse, empowering NAB, engaging miffed Baloch leaders, environmental reforms, and development of tourism industry are some of the key issues which Khan and his team aims to resolve under his vision of Naya Pakistan.

Khan did not touch much on foreign policy. He reaffirmed his desire to have peace with all neighboring countries. Khan’s main focus is on governance issues. If resolved, foreign policies and other priorities will be sorted automatically. Some of the weaknesses of Khan’s speech include failure to address Kashmir issue, clear policy on the war on terror and how CPEC can pave way for future progression.

The cronies, mafias, power groups, entrenched lobbies, elite class, corrupt politicians and unholy alliances across the country will use every obstacle to stop Khan from realizing this dream.  Khan must demonstrate nerve of steel to fight off these groups. The slogans of danger to ‘democracy’ may impede Khan’s way but he must use the masses to see-off such aggression. Better strategic decisions, well-crafted legislation favoring public, by taking people in confidence, Khan can consolidate his position to unleash his sweeping reforms.

In Pakistan’s entire history, on cannot find such thought out, and honest speech. Khan spoke to masses like a father figure. It’s time for Pakistan and its people to finally, realize their potential under a visionary, who gave them a hope to take guard and start a new inning like a team, under his captaincy.