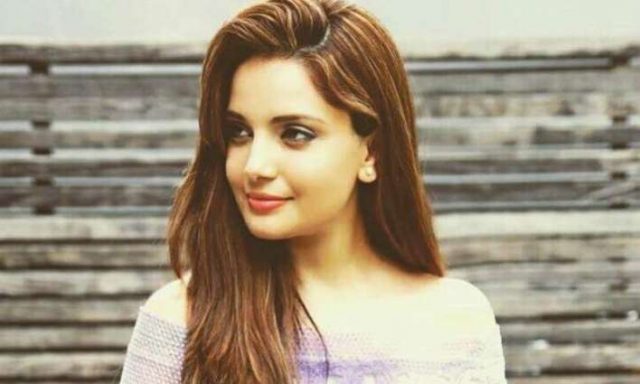 Pakistani actress Armeena Khan called for actions against cyberbullying. The actresses shared an incident in which a Twitter user hurled abuses against her. Khan called out the Twitter user for his indecent behavior and when the Twitter user deleted his tweet, she shared the screenshot of the tweet. She requested her followers to provide details of the person. While sharing the user’s tweet, she said  “Amusing. What a shame. Right I need details on this guy. Who can help?”

“So guys, he has deleted his tweets. However, we tracked him and he will be reported to the correct authorities.” “See you can’t abuse like any longer and if you see someone else being abused like that please report them to the authorities too,” Armeena added. The actress dubbed the man” menace to the society” and urged other people to reports such people to the authorities.

“Such persons should be exposed for being a menace to society. This man has zero respect for mothers, daughters, and sisters. I ask all to refrain from such language as it is unbecoming for a Pakistani. This is not how our parents bring us up.” “Like most Pakistanis abroad, I give more than I take. I am a sincere person and believe in the betterment of society. Thank you and love to you guys from your brothers and sisters overseas.”

Armeena Khan urged her followers not to overlook such bully and take a stand against them.

‘Ladies and gentleman, boys and girls: Never, ever take bullying or abuse from anyone. All the decent people from around the world are with you” she wrote.

Ladies and gentleman, boys and girls: Never, EVER take bullying or abuse from anyone. All the decent people from around the world are with you. #letsstopcyberbullying #letsstopbullying ❤️❤️

The actress is outspoken and has proved several times on social media. Earlier she called out former foreign secretary Boris Johnson for mocking Muslim women in Burqa.